Finding the funny in West Michigan

Three years ago, Sarah Cavanaugh was a self-described "average West Michigan mom." She added "comedian" to her resume when coworkers encouraged her to sign up for a community comedy showcase during the inaugural year of the 10-day comedy festival LaughFest.

"I'd messed around with comedy for years, but decided to go the route of mom and corporate girl instead," she said.

But her colleagues wouldn't let up.

"They told me, 'You've got to do this,' and eventually I agreed, entered, and got accepted," Cavanaugh said. "I didn't think anything would come of it, I just wanted to check it off my bucket list."

Something did come of it. Cavanaugh's act was an audience favorite and after it was posted on YouTube, Cavanaugh received a phone call she wasn't expecting. It was a producer from "The View" informing her that she had been selected to appear on the show's "So You Think You're Funny" contest.

Though Cavanaugh didn't win, she said the series of events got her thinking of comedy as a viable career choice, and now she's doing much more than just messing around.

Cavanaugh is now part of Grand Rapids-based sketch comedy troupe "Nobody Gets Us," which performed to a sold-out crowd at San Chez Bistro during last year's LaughFest and regularly entertains audiences with its mix of sketches based on politics, life and pop culture.

"LaughFest can really help anybody trying to grow their comedy career," she said. "For someone like me, it was the perfect scenario. I wouldn't have had the opportunity to do that anywhere else."

LAUGHFEST TAKES LOCAL COMEDY TO THE NEXT LEVEL

2013 marks the third year for Gilda's LaughFest, which draws big names such as Whoopi Goldberg, Martin Short and Betty White, raises hundreds of thousands of dollars for the Gilda's Club Grand Rapids, and is quickly becoming one of the best-attended annual events in the area.

It's also served as an accelerant. Many of West Michigan comedy veterans agree that LaughFest has fueled new interest in local comedy from performers and audiences alike and given the scene the visibility that it's long deserved.

Teresa Thome was a member of an improv group in the '90s, and like Cavanaugh, she chose a more corporate route for her career. Yet there was always the desire to pursue comedy lingering within her.

Four years after the death of her mother, Thome began writing a one-woman show that used comedy as a way to cope.

"I no longer wanted to hate my dead mother," she said, describing the show as 'coming to terms with how to grieve someone you don't want to grieve.'

After LaughFest representatives saw her perform an excerpt of the show at a local college, she was asked to perform during the 2012 festival.

"LaughFest was the first real presentation of it as comedy. It really helped me take it to the next level and recognize that I had something viable," she said.

Thome is still developing the show and said she has plans to take it to a larger stage when it's ready, something she never would have felt prepared to do if not for the opportunity she's found in West Michigan.

When Thome was performing with the improv group she said, the few clubs in West Michigan were mostly for out-of-state performers. Now, there are a variety of open mic nights and venues like Dog Story Theater that regularly host comedy events. 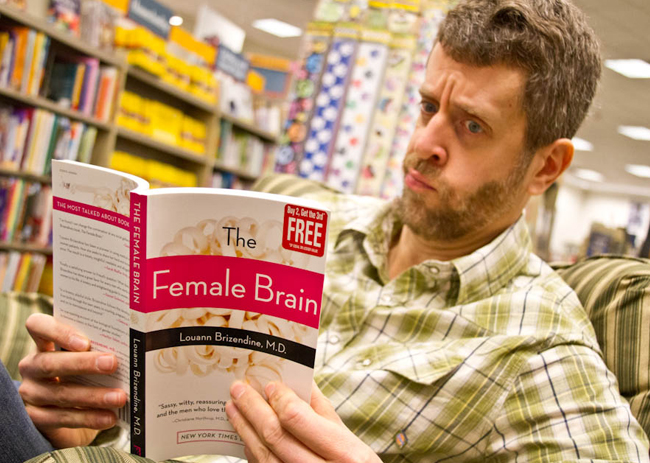 One of the longest running open mic nights is at Dr. Grins in The B.O.B., and current host Stu McCallister said he's also watched the scene pick up steam in the eight years he's been actively performing.

"When the only open mic night was Dr. Grins, you could just show up and go on," said McCallister, who was a regular performer before landing the job as host. "Now I have to book acts weeks in advance."

Lou Moratti, Dr. Grins' general manager, said the increase in performers has translated into a heightened level of talent, as well as great expectations from audience members.

"The general public knows there's good talent out there, and they expect more from comedians," he said.

Brian B., who hosts the popular Sunday Night Funnies open mic night at the Riverfront Hotel's Landing Lounge, said he has also noticed the level of talent increase.

"There are people that do Sunday Night Funnies that are just as funny as some nationally touring acts," he said. "I'd put up five minutes of somebody locally against a lot of guys that are making big bucks."

But at times, that's not always the case.

"I get a lot of people who are 'funny at parties' and think they can just show up and wing it," Brian said. "They eat it."

McCallister, who performs nationally, said one of the biggest misconceptions of comedy is that anyone can do it.

"If it looks easy, it's because the guys are good," he said. "The only way you get better is by getting on stage."

And Grand Rapids isn't the only West Michigan city that's seen growth on the comedy scene.

"Kalamazoo has really struggled with opening comedy clubs," said Sean Micklin, the live entertainment director at Shakespeare's Pub. "But all of a sudden open mic local comedy has blown up."

Shakespeare's Pub began hosting an open mic night last winter, and Micklin said he's seen an upsurge of both people wanting to get on stage and sit in the audience.

The night's host, Bob Federicks, is a full-time student at Western Michigan University, and said he began performing a couple of years ago and is excited to see the newcomers that have begun attending regularly.

Ben Wilke, who trained with Chicago's famous Second City, admits that when he first began performing at open mic nights he "pretty much bombed." As time went on, he got used to being onstage and now performs all over the Midwest, including being a featured LaughFest comic.

He said LaughFest has contributed to him landing more gigs, and perhaps more importantly, it's helped him feel empowered to ask for more money.

Malinda Petersen, whose MP Talent Agency represents comics including Wilke, Cavanaugh and Thome, works to give entertainers that empowerment to request paid gigs.

"It's put a spotlight on these talented performers who are on par with the headliners."

LaughFest has drawn huge names in comedy each year and helped solidify West Michigan as a place where comedians want to come, not just pass through. Associate Director of Kalamazoo's Miller Auditorium Rob Pennock said that though LaughFest helps raise awareness of big names, large acts have long been stopping in West Michigan. Bill Cosby was one of the venue's first performers back in 1969 and the show was sold out.

"I think LaughFest is helping us build a reputation," Thome said. "You can say to people, even if they don't know where Grand Rapids is, 'These are the acts that were brought in for LaughFest,' and it lends a credibility to our community in terms of the comedy scene."

The large scope of LaughFest has given audiences the opportunity to see major acts and become acquainted with the local comedy scene, but some say given the broad spectrum of shows and easy accessibility for performers, those encounters may not always be positive. 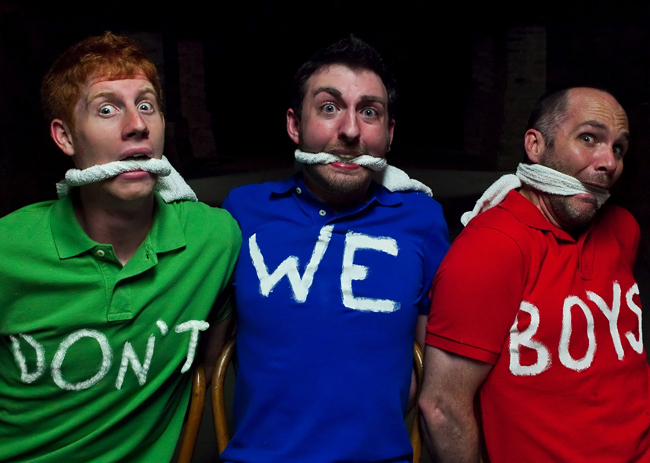 "If the event someone attends during LaughFest doesn't impress them, they might be less likely to try out another live comedy performance during the rest of the year," said Joe Anderson, member of sketch comedy group Don't We Boys.

However, Anderson also said it isn't the job of LaughFest to ensure quality material at every performance.

"The pressure is on the comedians to be funny and on the booking agents and managers to make sure what they're putting in front of people is high quality," he said.

Dave Lyzenga, another member of the Don't We Boys and other local improv troupes, agreed.

"LaughFest's role is to take all of the enthusiasm it's able to generate on a mass scale and plug it into the right places and throw these kind of fair-weather fans that show up once a year to the right shows."

Matt Sterenberg is the third member of the group, which came together when the three comedians were all performing at Dog Story Theater. He said it can be frustrating to see such a large interest during the 10-day period and not as much during the rest of the year, but that it remains up to individual comedians to capitalize on what the festival is able to do.

The Don't We Boys currently tour the country performing their routine and say they've appreciated Laughfest's commitment to exposing the public to the variety of options there are when it comes to seeing a live show.

"In Grand Rapids, we've had the good fortune of a great improv comedy scene developing, but not as many people are familiar with live sketch comedy," Anderson said.

Lyzenga credits the local venues' support for comedy as a big portion to the scene's growth.

"Dog Story has been pivotal in being a place where we could incubate a show," he said.

This year, LaughFest's headliners are Lewis Black, Wayne Brady, Brian Regan and Joel McHale, and the range of quality local performances includes comedians from every genre. Thome described the festival as an event that not only brings in big names, but also celebrates West Michigan comedy.

"LaughFest has been always been putting more local comedians in the festival, and the response has been people saying, 'Yes, more please.'"

Ok, West Michigan is funny on the Internet, too.

Here's some people whose tweets might make you pee a little.

Tweet
Published in Comedy
More in this category: « Garfunkel and Oates Create Comedy with a Melody Mo Mandel Writes His Way to the Top »
Login to post comments
back to top