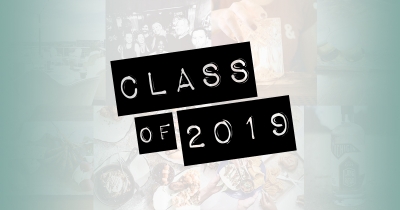 2019: Wow, what a year! As we inch ever closer to our political and environmental collapse, at least we can take pride in our food and drink. Pat yourself on the back, West Michigan. We’ll pat you, too. We hosted a mock election (in our minds) and now we’re recognizing our local classmates with the superlatives they so deserve.

Surprise! The baseball-themed brewery knows a thing or two about teamwork. Earlier this year, The Mitten Brewing Company made headlines for paying off $2,700 of student lunch debt in the Suttons Bay school district. Other charitable acts include donations to the West Michigan Veterans Assistance Program, fundraising for Autism Support of Kent County, and more than $25,000 raised for Feeding America at their annual golf outing. Now if they’d just comp our outstanding bar tab …

Haute couture: Only the coolest of cool can pull off a dress that looks like a sea anemone. New Hotel Mertens’ rooftop lounge gives patrons the chance to flaunt their finest duds. Technically, there’s no dress code—but you don’t want to get caught looking like a scrub. After all, you gotta stunt on the peasants at ground level.

Most Likely to Travel the World: ROAM

This win is obvious given the name, but ROAM earns Carmen Sandiego status thanks to its unexpected stops around the globe. Look to the Chebureki (Croatian flash-fried empanadas) and Nakji Horong (South Korean skewered octopus tentacle) for cuisine to blow your West Michigan mind.

While there’s nothing outwardly funny about GR’s namesake brewery, check the beer board for some good ol’ fashioned trolling. Names include “Sportsball Contest Watching Drink” and “Princess Unicorn Pineapple Party Punch.” Also, Grand Rapids Brewing Company made a pumpkin-spiced glitter hard seltzer. Clearly these goofballs are having a gas.

This switch-up is like a double take at the high school reunion: Whoa, the hippie sells car insurance now? The former tiki bar lost the lei and now serves more traditional pub fare — wings, burgers and the ilk. It’s a safe bet but, admittedly, we miss the hula vibes.

Butcher’s has your back. The service, ambiance, food and beverage are fine-tuned as a Swiss watch. It’s classy, not stuffy; quality without the price tag. Since opening in 2017, they’ve secured a legion of repeat guests thanks to routinely satisfying meals. There’s no better spot to take out-of-towners when showing off our city’s restaurant chops.

IDC (I Don’t Care) has nonchalance baked into its name. Without even a googleable way to find the address, if you don’t know about this cocktail bar, chances are you’re not supposed to. Instead of slumming it in the stands with fellow graduates, IDC has other plans—namely with a martini, up, extra olives.

When a plate of brussels sprouts looks like a painting, it feels wrong to stab and divide with fork and knife. The Sovengard’s menu eschews Maslow’s hierarchy of needs. Their food is a feast for the eyes. More so, their ability to adapt seasonally to some unbecoming vegetables shows a commitment to the craft.

Life of the Party: Billy’s Lounge

Offering avenues to get in trouble every day, Billy’s is the party animal we’re not sure if we should love or be worried about. Between BassBin Mondays and Throwback Thursdays, throwing back a case of beer at their bar isn’t out of the question. Once, I accidentally ended up at a Fuego Latin Dance Party and it was one of the best parties I can remember.

Most Likely to Quietly Take Over the World: Long Road Distillers

If you haven’t heard the Long Road buzz, tune in. Their spirits consistently rank as some of the best in the world. They’re one of the few distilleries in the state producing great absinthe and aquavit—and any bar worth its weight in gin should keep Long Road’s stocked. After opening another location in Grand Haven, expect the brand’s reputation to grow into a household name.

Bottle of sloe gin and a blowup doll: The two go together like peanut butter and jelly. Rishi’s and Cirilla’s are the racy pair indulging mankind’s oldest vices. While you may need more courage to visit one shop than the other, the two are best patronized in one fell swoop. Just sport a pair of Groucho glasses if you want to stay incognito.

Tiki people are a breed best seen to be believed. This Hawaiian-shirt-clad posse will travel cross-country to scratch a rum itch and Max’s delivers the tiki experience full stop. The soon-to-be Airbnbs on the top floor should ensure a rotating base of tourists bent on drinking Zombies until they literally become one.

Tweet
Published in Eclectic
More in this category: « Three Guys, 30 Instruments Get Some R&R with B&Bs »
Login to post comments
back to top