Behind the Camera: Racheal Floyd

Back when the state of Michigan had a tax incentive for films, people like Racheal Floyd had it a little easier. Big-screen movies like End of the Tour, with Jesse Eisenberg and Jason Segel, came to Grand Rapids, but now Floyd has to go to them. After working abroad on films like Fast & Furious 8 and All Eyez On Me, and shows like Being Mary Jane, Floyd is returning home (at least, for a moment) to work on her own projects. We talked with Floyd about her aspirations for the future and her take on the film industry at large.

Have you seen any issues with inclusivity in the film industry?
It’s definitely a white male-dominated industry. I think it’s because it’s an industry of privilege.

How so?
In order for you to make a film as an independent filmmaker, for example, you have to have a certain amount of capital to invest in that. Historically, it’s more difficult for minorities to access those resources, and then on top of that, in order for me to pursue film full-time, I had to take a cut in what I was getting paid and let go of a lot of benefits.

How has that lack of diversity in the industry affected you personally?
With me, I’m a production assistant and I’m slowly rising up the ranks in the production world. Because of that, I have more leadership roles, and even in those, there are men who don’t want to respect me in those positions or feel like they know more than me because I’m a woman or because I’m black.

How do you handle that?
I just always try to be respectful, but firm. I’m always trying to reason with them. I’m very collaborative. I’m not going to sit here and say that I know everything and I’m always right. So I’ll say, ‘Well, what do you think should happen?’ But then, once I put the ball in their court, they’re like, ‘Oh. I guess what you said is OK.’ … Once they see that you know your s***, they’re not going to mess with you anymore.

Do you feel like that’s changing?
I was just having a conversation with a group of friends that we might be upon a black renaissance in filmmaking. Between Moonlight, the HBO series Insecure and the FX series Atlanta, the writing in all of those is very fresh and very accurate in the portrayal of African Americans.

How does that make you feel, as a creator?
Those things are exciting. I do feel like that will open the door to more projects like that. And there are some more directors of color that are coming up. I think it’s inching in the right direction, which is exciting for me, especially because I have projects that I want to introduce into the world.

Can you talk about any of those projects?
I’m working on this independent film called Black Girls Be Like. It’s aimed to portray black girls in a different light. It’s based on my experience, when I worked at Grand Rapids Public Schools. I want it to be shot in GR and use talent in Michigan. Our plan is to shoot this year.

What kinds of issues does the movie explore?
Basically, the story plays with the idea that who we become is based on who we once were. As children, who we are and how we’re shaped is directly correlated to how we are now. Black kids in general don’t get a chance to be kids. Too often, they’re stereotyped and labeled and lose their childhood way too soon. Those are some of the things this movie deals with.

How do you hope this movie will help with those kids?
The students in GRPS, the major thing I’ve seen is a lack of exposure. If you live in a 12-block radius and that’s all you’ve seen your entire life, you don’t know what’s outside. … When I worked there, I taught video production to the students as an afterschool program. They saw a whole new world. … I used to tell the students that every single talent can be used to help make a movie, from cooking to sewing to literally anything. I really want to shoot it there so they can see someone that looks like them and came from the same place making something tangible.

Do you hope to accomplish anything else with your films?
All of my stories include strong female leads. It’s what I definitely want my mark to be in film, to give a voice to people who aren’t normally represented. I feel like everyone has a story that needs to be told. If I can tell a couple of those, that’s important.

Why is that important?
For me, I’m considered African-American or a woman, but I’m an American. … My story is just as American as anyone else’s. It’s so important to include us in the conversation in filmmaking, because it’s such an awesome medium that converges so many artists’ voices into one. We helped shape the fabric of the American story. Leaving out women and minorities makes America unfinished. ■

— Interview conducted by Justine Burdette and condensed by Josh Veal. 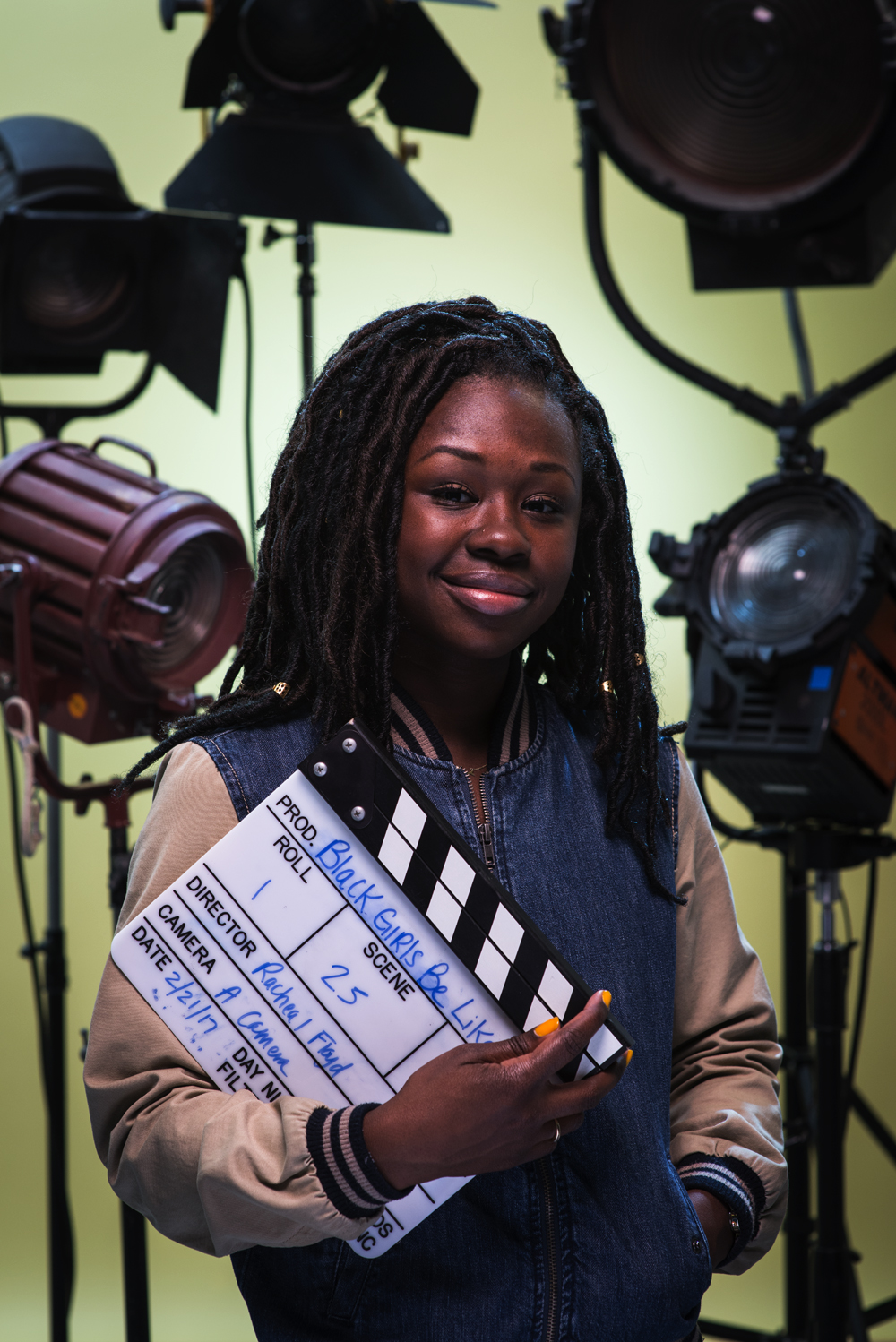