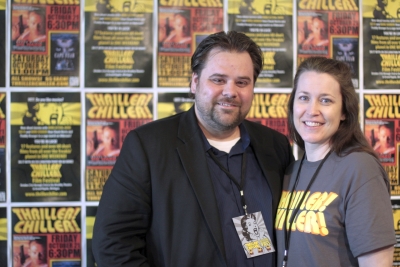 Not quite feeling the Halloween spirit yet? Don’t worry, the Thriller! Chiller! Film Festival has you covered — in fake blood.

With screenings of cult classic horror movies like Night of the Living Dead, Shaun of the Dead, The Evil Dead and more, Thriller! Chiller! will help get your scare on this month, with more than enough zombies to spare.

Launched back in 2006 as the first movie event in Michigan to showcase genre films — including horror, sci-fi and action — Thriller! Chiller! has emerged as a champion of genre movies big and small for more than a decade.

“We saw that our favorite style of film, the genre movie, was simply not well regarded or respected on the film festival circuit and in local theaters,” Griffin said about the origins of Thriller! Chiller!. “So we started our own film festival, which is first and foremost about screening movies for an audience with a hunger for a sense of adventure and a love for the art form. Thriller! Chiller! is where arthouse cinema meets grindhouse movies.”

The five-day festival is coming to the Wealthy Theatre in Grand Rapids, Oct. 8-12. Across those five days, there will be 64 movies from eight different countries, including 10 movies made right here in Michigan. In all there, you can see 14 feature-length films, as well as 40 shorts, and five cult-classic screenings.

“We went from being an outcast, upstart film event to one of the most respected film festivals on the circuit over the past 15 years,” Griffin said. “Nowadays, everyone loves a kick-ass genre movie during the fall movie season and we’re humbled to see how the influences that moved us into action also inspired others to program cult classics and wild indie movies this time of year.”

In addition to film premieres and screenings, Thriller! Chiller! is hosting a variety of other events, including Q&As and panel discussions for those looking to find out more about movie-making or network during the festival. Cosplay of all kinds is also highly encouraged.

“We’ve tried all kinds of events and panels,” Clemens Griffin said. “(We’ve had) live experiences such as a burlesque show last year, a talking skeleton puppet at the festival, and film theory discussions with academics and film production and special effects artists, with in-house demonstrations. We basically try anything we think our audience will find interesting and fun that relates to the genre-movie vibe. In the end, it always comes back to great movies and great people getting together to celebrate the art form of movies in all of their suspenseful, action-filled glory.”

“We love our local filmmakers and so do our super fans, as they have told us over and over again that it’s really cool to see work made right in your backyard,” Griffin said. “We’re honored to showcase our homegrown talent to a hometown crowd who can meet the filmmakers and make new connections. It’s also fun for the filmmakers’ families to be able to come out and see their loved ones’ work on the big screen.”

Thriller! Chiller! spreads the Michigan love throughout the five days of the festival, but plans to set aside a special block they call Michigan Movie Night on Oct. 10 at 6 p.m., ahead of its screening of Godzilla Vs. Destroyah.

The festival also is presenting its annual Groovy Awards for Best Feature, Best Short, Best Horror, Best Action, Best Sci-Fi, Best Michigan or Great Lakes State Movie, and The Boomstick Award for Best of the Festival. Award winners will be chosen by a committee of independent judges who examine a movie’s content as a whole and attempt to quantify its visceral impact as a story and how it best represents its particular genre.

Individual Day Passes are available for $12 on Tuesday, Thursday and Friday of the festival. Saturday Day Passes will cost $20. All Access Passes to the entire festival are $50.

“We have an online screening component this year which is available to All Access Passholders only and will feature a curated list of official selections that the festival and filmmaker have agreed to make available for online viewing,”  Clemens Griffin said about what’s new this year. “We experimented with this in 2018 and are rolling it out further this year as bonus content available for those attendees who invest in the All Access Pass.” 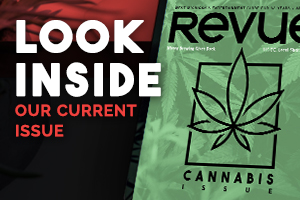