Beyond the Books: How libraries are offering more services than ever before

If you walked into a library for the first time recently, it might not have been what you were expecting. These aren’t your grandma’s libraries anymore.

Or at least that’s what John Martin, director of the Loutit District Library, told Revue.

“If you want to think of a library as where the little old lady with the gray bun in her hair and the glasses on the chain with a button-up sweater is sitting at the desk shushing you … that is not what a library is,” he said. “If it ever even was that, it certainly isn’t that now.”

Libraries across the area agree with Martin.

Take, for instance, the programs happening this summer inside and outside libraries. Many focus on summer reading, such as GR Reads: Summer Reading All Grown Up, an annual program for adults at the Grand Rapids Public Library.

The program — based on the Chicago Public Library’s Summer Reads for Adults program and the National Endowment for the Arts’ The Big Read — selects 10 books each summer that focus on a common theme in a variety of genres. This summer, it’s space — not outer space, but the spaces that we exist in, live in, and visit.

“Our goal was to move the library outside of its walls,” said Kristen Krueger-Corrado, marketing and communications manager at the Grand Rapids Public Library. She’s been with the program since its inception 10 years ago. “I think also, people like seeing the library connect with the community in an unusual way.”

As far as unusual goes, the summer reading program for kids includes a Comic Geek Out on July 13, with Grand Rapids native and cartoonist Jeffrey Brown speaking. There are also plans for Broadway Karaoke at Last Chance Saloon, museum tours, adult beginner ballet classes, and that’s just the tip of the iceberg.

“It’s about meeting people in a space they might feel more comfortable and doing something fun,” said Krueger-Corrado, who mentioned GRPL is working with 16 community partners this year.

Those spaces don’t have to be where people would typically expect to see a library presence.

“One of the best things we hear is, ‘I didn’t expect to see you guys,’” said Scott Duimstra, executive director of Capital Area District Libraries and Michigan Library Association board member. “I love hearing things like that. If they see us at a musical festival and that’s an area they didn’t necessarily associate with the library, now they start to.” 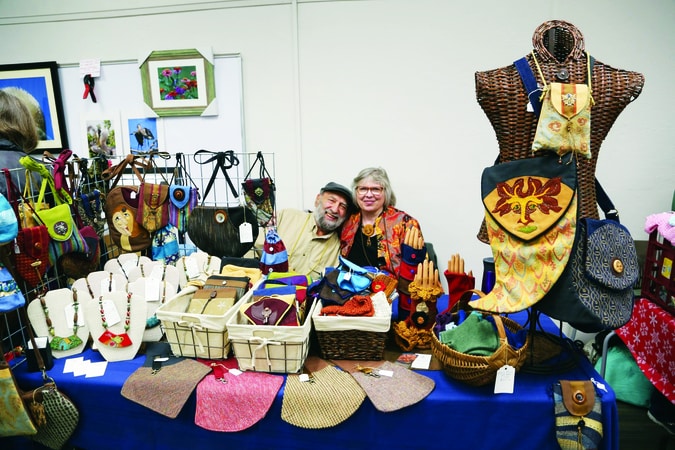 CADL — which operates 13 branches and a mobile library throughout Ingham County — partners with the Common Ground Music Festival, Mid-Michigan Women’s Expo, Ingham County Fair, and Lansing Home and Garden Show, to name a few. Duimstra said through those types of partnerships, they are able to get exposure for the library and vice versa.

They also have partnerships with the Lansing Symphony Orchestra and Wharton Center, the latter leading to interesting guests for their three monthly podcasts: CADLcast, Executive Edition and Reader's Roundtable.

That means changing with the times not only through the programs and marketing, but what people can actually check out of the library.

At Kent District Library’s Grandville branch, patrons can now check out inflatable kayaks, with plans to expand this to some of the other 18 branches in Kent County. Records, portable turntables, and high-end headphones are available at seven locations, and one branch even has a thermal camera available.

“Society and technology changes so fast, we want to stay abreast of it and do it in a way that we can help people experience these new, emerging technologies and trends,” said Randall Goble, director of marketing communications for KDL. “Especially for people who might not be able to afford or purchase some of these services or things on their own.

“What we really try to do is make resources available to everybody, regardless of what their situation is. … It’s what we see the library being about.”

Some of these programs are actually life-changing.

Multiple times a year, the Loutit District Library hosts Naturalized Citizenship ceremonies, where about 40 new citizens are sworn in each time. KDL recently launched a program to help adults earn a high school diploma, not just a GED.

Since libraries now offer all types of community programs year-round — ranging from just about every arts and entertainment activity you can think of, including craft fairs, exercise classes, free bicycle rentals and lectures — we asked if libraries fear they could lose their identity of, well, being a library.

Libraries may be becoming more community centers, but they’ll always provide the service they have since the beginning — materials for people to come in and enjoy and learn from, whether it’s through a book or not.

“You can educate yourself at your local library on virtually any subject, and not just because there are books on different subjects on the shelves, but because of all the electronic, online access that libraries subscribe to and then offer free to people who are members of their library,” Martin said. “It’s really kind of exciting that the access to information has been expanded greatly in the library world over the last 30 years.”

Goble thinks that going beyond books has actually integrated libraries more into the community as a place of importance and value.

“Librarians know the people in the neighborhood of the library who visit the most and they develop these personal relationships, which is important, but it also positions us to help people when we see a need,” Goble said.

Hearing what the community needs — across every age group — is how most of these programs come about in the first place.

Going forward, many of these libraries have big plans to fill even more needs than they already do. Expansions for STEM and arts programs were brought up more than once by the librarians we talked to, as was adding more social and offsite programs, community partners and making sure members can stream music, movies and TV through their online access. Theoretically, some of this could be done at home, but then you miss out on the crucial community aspect.

“In the digital age, we connect with people not in person more often, (but) the library is that really unique space where people still do connect,” Krueger-Corrado said. “One of the interesting things about these programs is you watch people who don’t know each other, they leave and they’re talking together, laughing together and having a conversation.”

The same is true of all libraries, including KDL.

“You read about town squares in villages and those are pretty much gone, but libraries are kind of filling that space as a place where people can come together for news, for education, for being social and for helping each other,” Goble said.

Tweet
Published in Revue Arts
More in this category: « Set for Success: Michigan Ballet Academy gives back to dancers and community alike Kristin Brace: Explorations and Purges »
Login to post comments
back to top