Speaking Up: How two local students are finding their platform

Prior to the event, Wilbourn, 17, and Hall, 16, worked closely with Carpenter, studying the works of some presenters and speaking in-depth about social issues.

At one of those sessions, Carpenter played a video of a speech by Nigerian writer Chimamanda Adichie. Nearby snacks went untouched as the girls watched. Above them, a poster done in glitter paint issued sparkling commands:

BE RESPECTFUL!
LISTEN!
CELEBRATE EACH OTHER AND YOURSELF!
BE OBSERVANT!
CHALLENGE YOURSELF!

Carpenter periodically paused the video to expand on a topic presented within it or to ask the girls for their opinions. Wilbourn shared that, in modern American culture, “You’re supposed to sit like a lady.” Hall agreed, saying, “People tell me all the time that I walk like a dude.” Carpenter acknowledged that, while those instances may feel minor, they fit into a historical pattern of society controlling girls and women.

The students were thoughtful, engaged and quick to contribute to the discussion, confident that Creative Youth Center was a place in which their voices mattered, just like the San Francisco conference.

“It felt like winning the lottery, but you haven’t even bought the ticket,” Carpenter said.

The conference had been co-founded by Dave Eggers and Amanda Uhle, former executive of Ann Arbor's 826Michigan (a sister organization to Creative Youth Center). Months ago, Uhle contacted Carpenter, telling her the CYC could send two delegates and an adult chaperone, all expenses but airfare paid.

“I wobbled on my chair,” Carpenter said. “I almost fell off.”

Wilbourn and Hall, who Carpenter described as activists and strong writers, were chosen. Carpenter contacted their mothers, asking permission to enroll them in the conference. With their agreement, she decided to tell the girls in person, at the Creative Youth Center.

“You won’t be surprised to know that I told them with no small amount of enthusiasm and fanfare,” she said.

Wilbourn added, “Brianne was like jumping up and down.”

Her feet back on the floor again, Carpenter explained what all this meant, and why it mattered.

The girls were excited, even overwhelmed, which relieved her. It was summer; there are other things to do in summer than discuss the historical weight of gender, class, and ethnicity.

Yet, they clearly made the right choice. In a coffee shop discussion about the experience, Carpenter, Wilbourn and Hall were unanimous in describing it as amazing, a full experience they’re still working to process, on paper or mentally.

They described a full agenda: icebreakers, mentoring sessions, readings, and more. John Lewis’ speech was a highlight, they said. Wilbourn appreciated the chance to meet Dave Eggers, and the fact that he complimented a book she had purchased (Allan Ginsberg’s Howl). Both students wished time had allowed for more student interaction.

“Still, I became friends with some people there,” Hall said. “We’re still in touch. I’m friendly like that.”

Wilbourn, typically more reserved, nevertheless connected with others her age. She was grateful for the chance to meet students not just from the United States but around the world.

The poise, optimism and thoughtfulness the girls displayed could not have been attributable to the conference alone; in fact, those qualities were evident before it. They owed more to the girls’ inner resources; to the families, schools and communities that support them; and to Carpenter at others, whose work at the Creative Youth Center creates lasting and unmissable benefits.

Still, the conference mattered. During it, the students worked to create a manifesto, later published in The Guardian. Titled “By the Youth, For the Youth,” it lays forth commitments to inclusiveness, art and action. It several times states an important truth: “We are the platform.” 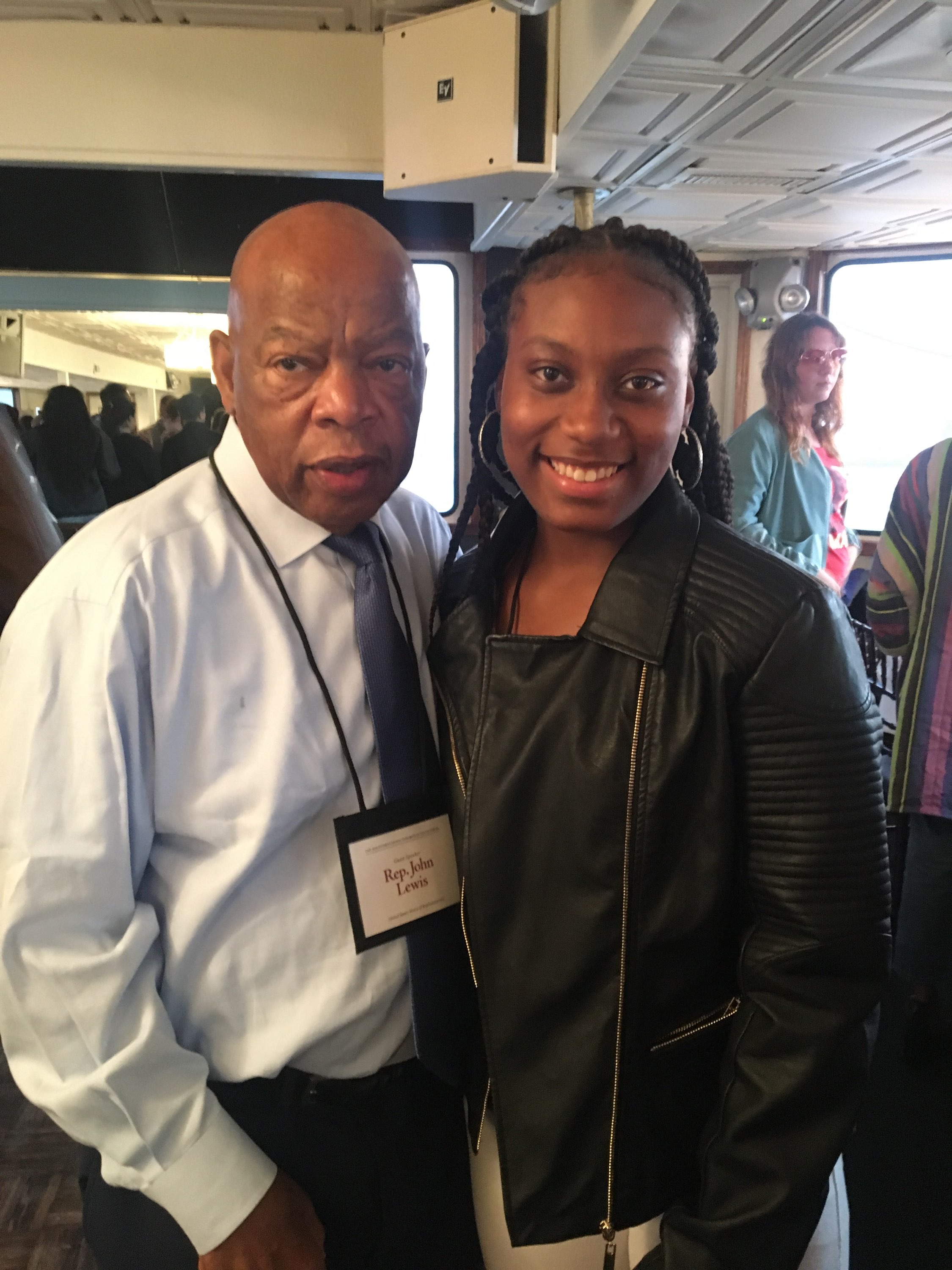