Staging a Change: The life of Fred Sebulske, Grand Rapids’ godfather of theater

Fred Sebulske had no idea what he would one day be getting himself into when he founded Actors’ Theatre Grand Rapids in 1980, or even when the group decided to stage one specific show in 2003.

“The most notorious play we did — and I think we’ve done many that might have been more notorious but nobody seemed to notice — we did a play years ago called Corpus Christi,” Sebulske said. “Everybody mischaracterized it.”

The show is about a gay boy named Joshua growing up in the Texas town of Corpus Christi. Its story reflects the life of Jesus Christ and his disciples in the Bible, with Joshua eventually being crucified in the end due to his sexual orientation. The play was written by Terrence McNally as a response to a hate crime that made front pages across the nation, where a man was murdered because he was gay.

“The fact that Joshua was gay became the whole issue,” Sebulske said. “Suddenly I was doing a show saying that Jesus was gay, and I kept saying to every media source that would talk to me, ‘That’s not the play. The play is taking that story, giving it to another character in a contemporary world.’”

Criticism continued to elevate as the opening night got closer. Hate letters from across the country were sent to cast members. After the first couple of performances, the show had to be moved. Grand Rapids Community College — which owns Spectrum Theater — was facing threats to lose state funding over the play’s controversy.

“I couldn’t allow that to happen — that’s who I worked for,” Sebulske said. “This wasn’t a play I was doing for them, but I was using their facilities.”

“If we back off now, what does any of it mean? We’re a theater,” Sebulske said to the president. “We’re here to tell the truth to the community and if you stop doing that, then what do you do?” 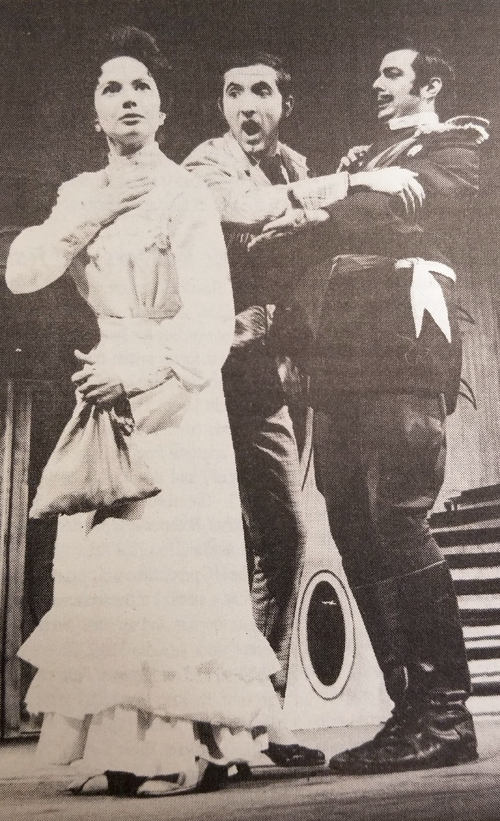 So the show was moved to Fountain Street Church, a welcoming venue just off the college’s campus. With the threatening hate letters in mind, Sebulske talked to the GRCC police chief, who decided to amp up security with armed police officers in the theater. He even got the support of the city’s Mayor George Heartwell, a season-ticket holder. And even though the cast had to set up and tear down the set every night — with the theater surrounded by praying protestors — Sebulske said their efforts were rewarded with a sell-out crowd of 500 people, twice the size of Spectrum Theater.

“I said to the actors, you read those stories in theater history about times when plays had an impact and you think, ‘I can’t imagine it.’ Now you’re living it. You doing this play is the most courageous thing that some of you will ever do in your life, because your lives have been threatened,” Sebulske said.

It’s no surprise, then, that Sebulske, 74, has spent most of his life trying to push the envelope in society and start conversations he thought needed to be brought up. When he moved to Grand Rapids from Pittsburgh as a senior in high school, he immediately noticed the ideological differences. He went to Aquinas College, where he was introduced to theater after a nun who ran the small program handed him a packet and gave him a part right off the bat. Sebulske recalled telling the teacher just a couple of years before she died that she had changed his life.

“I taught for 34 years and there’s kids that will come up to me and say, ‘I want you to know you changed my life,’ and I know what that means, because she did that for me,” Sebulske said.

After graduating school, Sebulske got a job at GRCC as an English professor, prompting him to stay in the community and exempting him from being drafted for the Vietnam War in 1966. Within his first year teaching, students were asking about plays. There wasn’t a theater program at the college at the time, so other staff pointed students in Sebulske’s direction, thanks to his minor in theater and years of experience.

Like a snowball gaining mass and momentum, Sebulske’s theater career took off. He pioneered the theater program at GRCC, starting with the creation of a theater course in the speech department and eventually helping to make it a transferable degree to other colleges. He then founded Actors’ Theatre, which to this day does some of the most controversial theater in Grand Rapids. He made sure his plays kept up with the times, often being ahead of the times.

Another brave step Sebulske took in the mid ’80s was coming out as a gay man at his job, after noticing openly gay students were being discriminated against.

Today, Sebulske is still involved in theater as much as he can be, including directing two shows for the upcoming season at Actors’ Theatre. He enjoys traveling and spends most of his winter in Florida now that he’s retired. He’s a daily reader of the New York Times and maintains a busy social life.

While he’s no longer running Actors’ Theatre, Sebulske is confident in the current director Kyle Los’ ability to sustain the company’s mission. 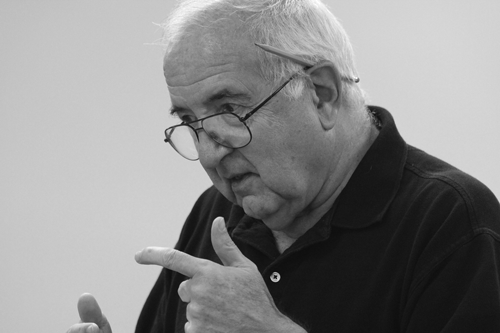 Los remembers fondly when he first met Sebulske, who reached out to Los after seeing a production of RENT where Los was cast as a lead character. That was six years ago, and Los says he will never turn down an opportunity to work with the experienced director.

“(Before I met Fred), I heard he was the godfather of theater in Grand Rapids,” Los said. They have now done six productions together.

“The nice thing is, I’m taking on an organization that has a really great mission,” Los said, adding that he’s focusing more on the business aspect in his role as executive director. “We have to challenge ourselves constantly, because the mission is about diversity and inclusion or removing the ‘othering’ of people. That means that we can’t just have our own slightly or very left-of-center beliefs in the room at these performances. How do we encourage people from different perspectives to come engage in this, too?”

Sebulske said he would like to see the theater keep its identity, as it has established a reputation in the community.

“I want to see it stay open and I want to see it then stay true to its mission,” Sebulske said. “(About) 20 years ago, we hammered out a mission statement: ‘Entertaining, innovative, challenging and thought-provoking theater.’ We used to put that up against everything we did.

“If I hadn’t followed this path that led me to the theater, and my role in theater, I don’t know what I’d be doing now,” Sebulske said, laughing. “When I look back at myself, I was this kid who was withdrawn, a loner, quiet, and not particularly happy. And then I met the theater in college, and I met people that wouldn’t have known that they were doing theater for social change, and they put me on that path. And they said, yes, it can be entertaining. Yes, it can be frivolous even. But it can also talk about things that are important.”

Tweet
Published in Theatre
More in this category: « For the Love of Theater: A new documentary will cover the history of Grand Rapids theater Review: ‘Newsies’ goes leaps and bounds beyond its source material »
Login to post comments
back to top