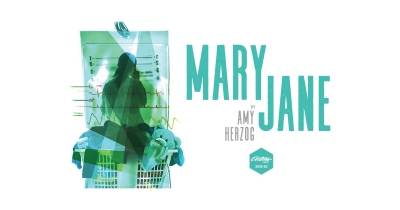 “If you want Disney,” said Daina Robins, “you should go to Disney. This isn’t some saccharine fairy tale. This play is truthful.”

She’s referring to Mary Jane, which Actors’ Theatre Grand Rapids will stage between Jan. 30 and Feb. 8, with Robins as director. Maggie Hinckley stars as the play’s titular character, a funny, optimistic woman in a situation that will take all the funniness and optimism she can throw at it: She’s a single mother raising a mortally ill son. Playwright Amy Herzog, who herself has dealt with the illness of a child, tells the story with understatement and grace.

Mary Jane’s son is never seen, but his presence — conveyed through the lights and sounds of medical devices — is a constant. He was born at 25 weeks, so early that his mother had just begun to wear maternity clothes. Faced with a devastating situation, she has decided, or was forced to decide, to do everything she could, without self-pity. When drains clog, you get someone to unclog them; when your child gets sick, you navigate the worlds of insurance and hospitals.

“It’s not a sentimental play,” Robins said. “That appeals to me. You have to find the ability to laugh about your circumstances as well as cry, and that’s what she does, and what the play does.”

Hinckley is grateful for that laughter. “I don’t want to come cry onstage for two hours. Yes, there are heavy scenes, but there’s also a lot of comedy. Otherwise, God, it would be overwhelming.”

A challenge in staging the play is how little spectacle or action occurs. It takes place in the kind of spaces often inhabited by the sick or their caregivers: a living room, a hospital room, a kitchen. No one picks up a sword or performs a musical number. What action takes place is contained in the dialogue. Also, the characters wear not costumes but clothing, the kind of thing we all wear. As designer Jessica Luiz said, “There won’t be sparkles all over the stage.” The pain and the power of the play will be unadorned.

The show, which runs without an intermission, consists of two parts: The relatively calm opening (it begins with Ruthie, the superintendent of Mary Jane’s building, unclogging a drain) and the stormier closing, in which Mary Jane’s son has been operated on after a grand mal seizure.

While Mary Jane may be a single mother, she’s far from facing all this alone. She spends time with several women; indeed, all the characters seen onstage are women. A particularly memorable character is Ruthie, who in her obliviousness can’t help but say awful things.

“Actually, no one is cancer-free. You have cancers in your body right now, springing up all the time,” Ruthie says.

Other characters include Sherry, a nurse; Brianne, an online friend; and Tenkei, a Buddhist nun.

To Hinckley, the fact that the actors are all women does bring a different energy and helps underscore one of the play’s themes: the way in which women create communities.

“It’s really about women supporting women, which is a very timely story. It’s good for your heart.”

Jessica Luiz, costume designer and member of the play selection committee, was an early advocate for Actors’ staging the play.

“I loved it,” she said of her first reading. “I can’t be objective.”

Luiz’ own daughter spent days in NICU at Helen Devos’ Children Hospital. She said that “something about the play really spoke to me as a mother,” and when reading it, she found herself laughing and crying in equal measure.

Actors’ Theatre Grand Rapids is known for putting on innovative, challenging, even edgy works. If Mary Jane fits the remit, it’s not because of any icon smashing, it’s because of how rarely such subjects are dealt with in entertainment.

Who will see Mary Jane? Not everyone; for some, the prospect of a play about illness and mortality, however lightened by humor, will be too heavy to bear. For those who want to laugh and cry in equal measure, though, the play awaits.

“It will appeal to someone who is interested in life,” Robins said. “Someone who is compassionate and can identify or empathize with people in difficult circumstances.”

Tweet
Published in Theatre
More in this category: « New Desires: GR Civic brings a timeless Tennessee Williams classic back to the stage Review: ‘Tick, Tick … Boom!’ explosively explores the time bomb of life »
Login to post comments
back to top