Review: ‘Hamilton’ in Grand Rapids goes above and beyond expectations 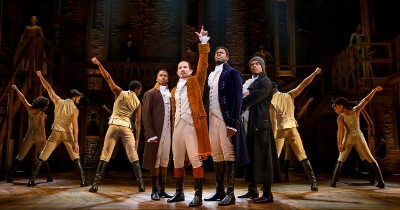 In a New Yorker profile published soon after the Public Theater’s premiere of Hamilton, Lin-Manuel Miranda discussed early theatrical influences, including Les Miserables, Cats and Phantom of the Opera. Of the latter, he said, “I saw Phantom and I was like, ‘Oh, shit!’ Because it’s about an ugly songwriter who wants to impose his will on the world. I related to that.”

Others may disagree about his looks, but no one reasonable could argue with the imposition of his will. Hamilton may have sounded like a gimmick, but audiences and critics alike took it seriously. The touring show, currently performing in Grand Rapids, validates its place in the canon: it’s a generation-defining work of art, as ambitious and successful as its namesake and performed by a cast as diverse as the country it honors.

Joseph Morales, as Hamilton, imbued the role with tension, anguish and defiance, fully embodying the striving young Hamilton in “My Shot” and “Hurricane.” (“And when my prayers to God were met with indifference / I picked up a pen, I wrote my own deliverance”). At his best, Morales was riveting: fully convincing as a genius and a revolutionary. He was less convincing when trying to embody Hamilton’s charm, but then, so was Miranda, the role’s originator.

Surrounding him was a powerful cast. Erin Clemons, playing his wife Eliza, delivered an honest and beautiful performance; her song “Burn,” sung in the aftermath of her husband’s affair, was devastating. Warren Egypt Franklin’s charm was evident in his portrayal of the Marquis de Lafayette and even more so in his performance of Thomas Jefferson, who came across as a mixture of Prince and a cartoon character. Nyla Sostre was compelling enough as sultry Maria Reynolds that you sort of got Hamilton’s temptation, until you remembered that “Burn” was coming.

Cast members know that a large portion of the audience, maybe a majority, would have heard the soundtrack before, possibly dozens of times, possibly hundreds. Any benefits of familiarity must be weighed against heavy expectations; the singers had to compete with our memories. By and large, they did so beautifully. Initially, I thought that Jared Dixon’s Burr lacked the gravitas Leslie Odom, Jr. brought to the role, but by the end I was no longer watching Dixon; I was watching Burr.

The cast isn’t everything, of course. There are the visuals: the show had to move us from bar to battlefield to the bed of a dying son. This was accomplished adeptly, which is in itself something of a miracle; it’s astonishing how much the show packs into less than three hours’ time. Throughout, the choreography helps establish a world filled with motion until, suddenly, it isn’t. I watched the duel between Hamilton and Burr open-mouthed, astonished by the athleticism on display, and by the brilliance of the choices.

There’s more humor on the stage than on the soundtrack, too. King George has great songs, but he’s even better when you can watch him mug. And Jefferson’s entrance is as over-the-top as you can get without descending from a chandelier.

There’s no such thing as a perfect show. It’s been pointed out that a song about forgiveness probably doesn’t require people singing the word “forgiveness” (“It’s Quiet Uptown,” which I can now more or less get through without tearing up). That literalness sometimes extends to the choreography, as seen during “The World Turned Upside Down,” in which a chair is turned upside down. Hamilton is overstuffed and it wears its heart on its sleeves, but those can be strengths, too.

The night I saw it, the place was packed. Among the audience members, I have no doubt, were hip-hop fans who hadn’t previously known they would like musicals, musical fans who didn’t know they liked hip-hop, and people who walked in not caring much about history and walked out inspired by it. Of course, if there was a young Alexander Hamilton in the audience, he must have been one of the $10 lottery winners. He couldn’t have gotten in otherwise. 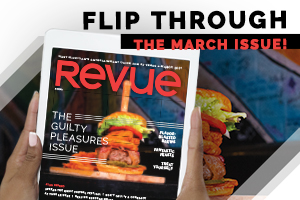