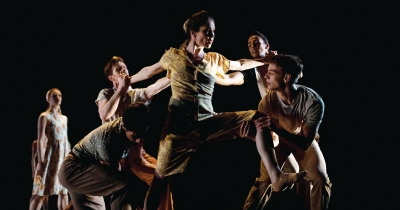 Alexandra Meister-Upleger in James Sofranko’s Sweet By and By. Photo by Damion Van Slyke

Home is where the heart is, yes. For ballet dancers, it’s also where they perform maintenance on their bodies: stretching on foam rollers, for instance, or icing their feet to prevent swelling. Like periodic oil changes for vehicles, it keeps them running smoothly. Yet the hard work of dancing is done outside the home. 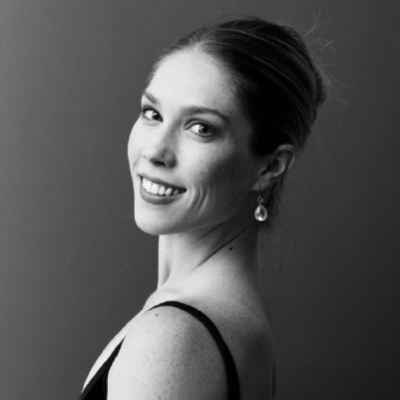 Alexandra Meister-Upleger, of Grand Rapids Ballet, has been laid off since mid-March. (Current plans are to begin the next season in August.) “We have been taking some ballet classes at home,” she wrote — in whatever spaces the dancers had available. As this article was being written, she was in preparation for Virtual Program II: An Evening with Penny Saunders, a streaming show made accessible to anyone who donated to Grand Rapids Ballet between May 18 and June 11.

For the event, resident choreographer Penny Saunders assigned tasks for the dancers to film on their own and sent choreography by video. “Then we met on a Zoom meeting to work on quality of movement and timing with the music. I was having a hard time telling which leg or arm was the right or left. Hopefully, we all ended up with the same ones!”

Normally, feedback tends to be restricted to position, spacing, musicality, intention: the traditional areas of concern. This time, notes incorporated ways to improve or standardize filming, so videos shot in different locations would maintain continuity. “It’s definitely not the same as being in a studio,” Meister-Upleger said.

“It’s been so hard not seeing my co-workers on a daily basis. I miss the camaraderie we share in the studio.” Simple things, like brief conversations in the morning, aren’t taking place any longer, even if the dancing is.

Meister-Upleger also misses the excitement of live performance. “Getting ready in the dressing room, warming up and the butterflies right before the curtain opens ... The audience can feel it and the dancers can feel it. There’s this magic in the air.” 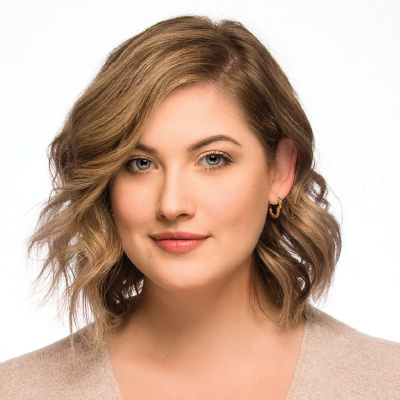 Then there’s the theater. Homes are actor Emily Diener’s business: She works in real estate. It’s a profession that requires charm, warmth and energy. Her off-hours passion, local theater, requires those qualities too. She’s brought them to any number of roles, including Mrs. Wormwood in Matilda and Ursula in The Little Mermaid, both for Grand Rapids Civic Theatre.

For Diener, the pandemic came out of nowhere. “One day, it was, ‘Hey, have you heard about this COVID thing?’ The next, everything closed.” Matilda went dark mid-run and the Civic’s doors have not reopened since.

“Like a lot of people who perform, I thrive on attention,” Diener said, laughing. She also thrives on the community of theater. “The friends you make through it are such good friends. You’re with them three hours a day, five days a week, for eight weeks. You get really close with them. It’s such an emotional thing. Even my roommate, she’s one of my best friends, and I met her through theater.”

Like many in the Civic Theatre community, she also does work with Circle Theatre.

Diener auditioned for shows, including Disaster and Hair. Under normal circumstances, she would now be in rehearsal.

Live theater will be one of the last things to come back, she thinks. But there are still ways to perform. She participated in a virtual reading of Clown Bar, a self-described “clown noir,” which is surely among the more terrifying possible word combinations. Along with her roommate, she’s taken up the ukulele; they sing and play together. And she’s always singing in the car.

It’s impossible to know when Civic Theatre will reopen to live audiences — or to know what exactly it will feel like when it does. But Diener says there’s no reason to let that stop her from performing.

“To quote Jeff Goldblum in Jurassic Park, ‘Life will find a way.’”