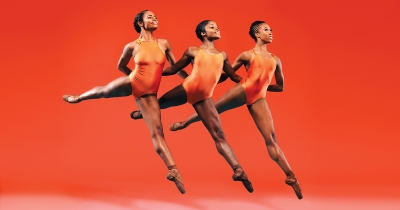 Years ago, Muskegon’s Frauenthal Center welcomed to its stage The Dance Theatre of Harlem. The organization was founded in 1969 by Arthur Mitchell,a principal dancer with the New York City Ballet and protégé of the famed George Balanchine. Chosen by the government to start a ballet company in Brazil, he is said to have changed his plans when, en route to the airport, he heard of the assassination of Martin Luther King, Jr.

Rather than leave the country, he chose to stay in New York City, going on to start a classical ballet school in Harlem. He was joined in those efforts by Karel Shook, a former master at Dutch National Ballet, who was able to see past the color of his students to the dancers stretching and pirouetting within.

Called “the first Black classical ballet company,” Dance Theatre of Harlem tours nationally and internationally, bringing excellence to stages around the world. Eric Messing, Executive Director of the Frauenthal, was not with the venue when DTH first performed there, but he has heard from people who were. “They refer to it as an experience never to be forgotten,” he said. “It made such an impact.”

Dance Theatre of Harlem is an institution, but no institution lasts forever. From 2004 to 2012, the organization went on hiatus, worn down by financial difficulties. It since reopened and has remained open, kept aloft in part by donations; a recent $10 million gift will ensure that its work continues.

Visitors to dancetheatreofharlem.org can learn its history, discover opportunities to audition, watch videos. You can stream past performances, including one done for the Ellen show. But the heart of the mission remains live performance, as artistic director Virginia Johnson points out on the site. “Nowadays, we’re in an electronic age where we don’t really understand or even appreciate the notion of the live performance of an art form that is so rigorous. One that requires actually coming into the theater.”

So, actually come into the theater. On May 25, Dance Theatre of Harlem will return to the Frauenthal Center. The performance will include classical works, neoclassical works, and contemporary works, all of which rest on a foundation of classical technique: the rigor needed to seem light.

The Frauenthal’s mission is to engage the entire community through diverse arts and entertainment experiences. DTH, with its multi-ethnic dancers, fits that remit. But, with certain events, there can be more diversity on the stage than in the audience. Messing said that he would find an audience truly representative of the community in Muskegon to be a real success.

The group is not exclusively Black; it’s open to anyone. But the diversity of the company is notable in an art form that, if not hostile to the wider world, has too rarely been welcoming of it.

As with other venues, the Frauenthal is carefully watching what happens with COVID-19. Masks will be required, and the center will have some available for adults and children will be readily available, as will hand sanitizer stations.

One performance will not be open to the general public, but will be given to an audience of students in the Muskegon area at no cost to the schools. The venue holds 1,700 seats; that’s a lot of students who might see something they never have before. One or more might leave the event understanding, for the first time, that they can do more than they had been told.