Danielle Truss is an all-around artist from England, living in Grand Rapids. Most recently, she’s working at the Grand Rapids Ballet Company as a costume designer.

How did you start getting interested in costume design?

I’ve always loved working with fabric. I grew up in the U.K., so at my school, they had a textiles course available and I decided to take it. It was like the first time I ever really enjoyed doing something and it was just feeling fabrics and playing around with them and learning. So I went to school and studied fashion and clothing textiles, and then eventually tailoring. And when I moved to the U.S., I moved to Grand Rapids, and there really aren’t that many opportunities for people who work in my field here, but one day there was an advertisement for a job at the Grand Rapids Ballet. I was like, ‘It’s not really what I want to do, but I don’t really have any other options here.’ So I just applied for it and I ended up getting in. It was the first time I felt like I fit in that world.

What fit well with this job?

I met the woman that I primarily work with there; she’s a choreographer. The way it works in ballet is choreographers kind of determine the mood — they’re like directors, so they determine the whole mood of everything. With her, it’s a real collaboration, because we go back and forth and decide what works and all of the other stuff that’s really boring about ballet, like functionality. It really adds an extra challenge for me. You also have this bond that you grow with the dancers as well, because if they’re truly comfortable in what they’re wearing and they feel good and beautiful, then it really accentuates the piece and makes them dance their best. There are all of these nuances that I didn’t really realize when I first started doing it that would add to it and make me better at what I do.

What does your daily work life look like right now?

Almost four years ago, I got the job at the ballet. Since then, I’ve been getting jobs sporadically around North America doing different ballet pieces and traveling, which is like a dream. I always wanted a job where I get flown out to places and get to work. I get to meet so many people that work in my field. It’s weird, because costume people are like just a big family. It’s a mutual respect instantly that I don’t think in many other trades you’d get, because everyone’s so competitive.

How do you feel about the competition in the fashion industry?

It’s kind of why I didn’t really want to do fashion (specifically) in the end, because people are … super competitive, where it stops enabling you at being good at what you do. With costume design, there are no egos and there’s no competition. It’s just pure admiration and you just want everyone to do their best because you love what you’re doing. 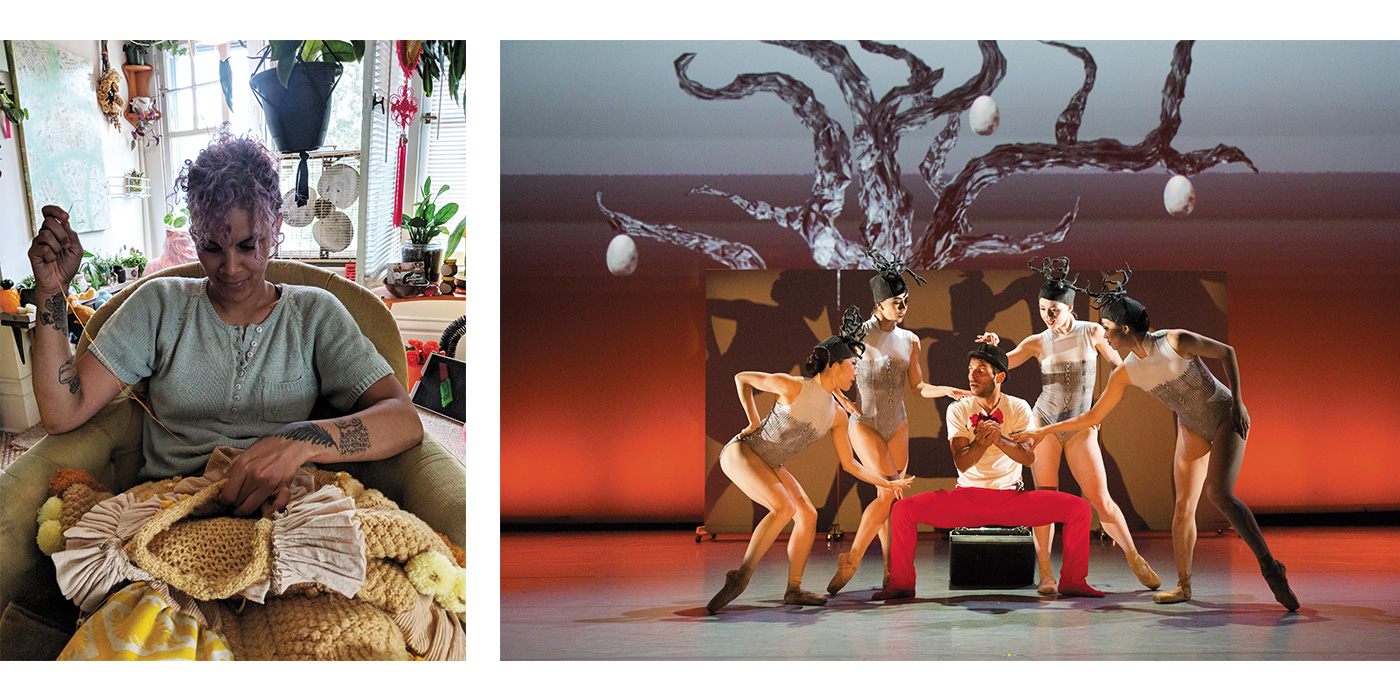 What was it like going to school in England to study textiles and fashion?

My school was one of the only schools in London that actually still did a textiles course. And when I first started doing it, my mom was really against it. She’s a feminist; she raised us to be a feminist. In my family, there are a lot of people who are seamstresses and tailors, and I think she saw it as me taking a step back. She wanted me to be a little bit more intellectual with what I chose, because I think she thought I was going to end up doing what everyone in my family does, which is factory work. But I was really motivated, so she got behind it.

What goals do you have for the future as an artist?

I definitely don’t have a five-year plan at all, but for me, eventually it would be really nice to be completely freelance … just work for myself completely and have it be full, to the point where I’m turning down work — that would be really great. To be able to work in the U.K., as well. That’s something that would make me really proud, is to make a name for myself where I was born. And there’s such a huge ballet and theater world there that I would really love to get sucked into. I think that for me would be my biggest goal.

To see more of Truss’ work, visit her website at danielleltruss.com.

Tweet
Published in Visual Arts
More in this category: « Dayna Walton: The Undergraduate Carving a Name for Herself Adeshola Makinde: A Thoughtful Eye in the Heart of the Mosh Pit »
Login to post comments
back to top