You Belong in a Museum 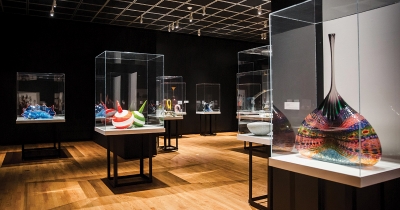 Recently, I strapped on my armor (mask), hoisted my shield, and stepped over a threshold I hadn’t expected to cross again for some time: the entrance to a museum. Squires Heidi (5) and Gemma (7) accompanied, both of them eager for treasure but prepared for dragons.

We were at the Grand Rapids Public Museum, which had reopened July 6 with reduced capacity, social distancing and mask requirements. There were several other guests, all of whom acted responsibly; we never saw anyone without a mask, except at the cafe. But eating hummus through a mask isn’t recommended — ask anybody.

My girls were briefly disappointed that they couldn’t play with dolls, which they had done prior to the pandemic, but there was enough else to see and do that they quickly got over it. They marveled at the whale skeleton. They found the reproductions of life in old Grand Rapids interesting, the wall of hats diverting, and the electricity exhibit compelling enough that I had to drag them away.

TOYS!, though: TOYS! is where it’s at. The exhibit, a kind of nostalgia machine, gathers toys together by generation. Gemma and Heidi took to a giant Operation board, killing several patients. In a replica arcade, we listened to Cyndi Lauper and fed quarters to a pinball machine.

At the cafe, I asked the cashier how business had been. Slower than normal, she said, but picking up. We talked a little while. She was friendly, as was the cashier in the gift shop downstairs. Asked whether anyone had given them a hard time about masks, Cafe said no while Gift Shop laughed ruefully.

Throughout our visit, I felt safe. The museum is large, airy and open, and staff clearly took safety seriously. Things weren’t back to normal yet — the planetarium was closed, for one — but they weren’t far from normal. And that was a relief.

Kate Kocienski, vice president of marketing & public relations for the museum, told us GRPM began executing its reopening plan once the green light was given back in June. “The museum knew it needed several weeks to prepare, including to rehire some and train all employees and get the spaces ready for welcoming the public back.”

Staff held training sessions and updated exhibits — pulling or altering hands-on activities, replacing signage, and installing plexiglass as needed. Museum members were allowed back July 1 and the general public July 6. Since reopening, attendance has been about a third of what it would ordinarily have been.

One draw for those who have made it in: The Outbreak exhibition. On loan from the Smithsonian and filled out by contributions from GRPM scientists, it informs viewers about global pandemics, “why they occur and how we’re all connected.”

Overall, Kocienski has found community members have been excited by the reopening.

George Bayard is executive director of the Grand Rapids African American Museum and Archives, GRAAMA for short. “The COVID-19 pandemic has been devastating for us,” Bayard said. The organization has three employees. Closure led to a loss of salaries and benefits. Events were canceled, including an African dialogue series, several exhibits and a visit from illustrator Kadir Nelson, whose recent New Yorker cover illustration Distant Summer is a quiet heartbreaker.

GRAAMA has reopened, but traffic has been slow, due in part to destruction of property that occurred during a protest in late May. Protests are an honorable tradition, of course, and GRAAMA has worked to honor them. The museum’s Art of Protest features posters, flyers and more, including the work of Emory Douglass, a Grand Rapids-born artist who later became Minister of Culture for the Black Panthers. Other exhibits include dolls, a study on segregated travel, and art depicting slavery and its effects.

“We don’t look at the current concerns and moments as one moment, but part of the larger struggle.”

Telling the story of that struggle became more difficult as the pandemic closed doors and canceled events. Buoyed by grants from the National Endowment for the Humanities and the National Endowment of the Arts, GRAAMA turned toward digital resources, building an online tour. Today, visitors are as likely to visit its Facebook page or website as to step through its doors.

Kirk Hallman, executive director of the Muskegon Museum of Art, knows people need to look to their own comfort level before walking into a museum. And they do: Attendance is down despite the presence of the major, well-received Glass exhibition.

Once museums were allowed to reopen, the museum took its time, making sure to get it right. “A tremendous amount of planning and expense was undertaken by the staff to prepare the building for the safest visitor experience possible,” Hallman said. “Ample distancing signage, plexiglass barriers, mask requirements, touchless faucets, contact-tracing systems, self-check-ins for staff, gallery occupancy limited, and a great deal of additional staff training was put into place — much of which exceeded state and CDC guidelines.” Visitors have responded positively, stating they feel safe.

Glass features the heavy hitters you would expect: Tiffany, Chihuly, Harvey Littleton. Some items can be viewed on the museum’s website, such as Chihuly’s Cobalt Blue Persian Set with Cadmium Red Lip Wraps, which looks like it might drift past you if you were standing at the bottom of the sea. It begs to be seen in person. For months, it couldn’t; now, for those comfortable enough, it can.

Under the Arctic, Opens September 26

GLASS – Treasures from the Permanent Collection, Through November 29

Shaping the Future, Celebrating the Past, Through November 29

Tweet
Published in Visual Arts
More in this category: « Galleries Galore Mural, Mural, On the Wall »
Login to post comments
back to top