Maurice Sendak: Where the Wild Things Are at Grand Rapids Art Museum
Top events to check out in April 2016, including music, visual art, LadyFest, comedy, and more.
ongoing
UNLOADED
UICA, 2 Fulton West, Grand Rapids
Through May 15, $5, UICA members FREE. Opening reception: Thursday, March 31, 7–9 p.m.
uica.org, (616) 454-7000
Exploring “the historical and social issues surrounding the availability, use and impact of guns on culture and public health,” UNLOADED features work by more than 20 artists and includes photography, sculpture, paint, and digital media. The exhibition spans two floors in UICA and includes works like Mel Chin’s “Cross for the Unforgiven,” a Maltese cross made of AK-47s.
Saturday 4/2
LadyFestGR 5
Pyramid Scheme, 68 Commerce SW, Grand Rapids
April 2, 12 p.m.–12 a.m., $10, all ages
ladyfestgr.com
Created as a way to celebrate “badass women in our community,”LadyFestGR offers a variety show, DIY workshops and performances from TEEN, Moving Panoramas, and Yolonda Lavender. According to its website: “LadyfestGR is a day to unite over what makes us women (whether or not we were assigned that at birth) and share our skills and stories. Anyone is welcome to attend.”
Mavis Staples
Kalamazoo Valley Community College, Dale B. Lake Auditorium
6767 W O Ave., Kalamazoo
April 2, 7:30 p.m. (Doors open at 6:45 p.m.), $30
kvcc.edu/campuslife/artistsforum

There are few living musicians who can lay claim to being the voice of America's conscience, and even fewer who continue to make vital music. As both a solo performer and with her family group the Staple Singers, Mavis has transformed herself as she goes. From the delta-gospel sound she helped create in the 1950s, to the engaged protest of the civil rights era, to Number One hits and a riveting cameo in 'The Last Waltz' in the 1970s, to her Prince-produced albums of the 1980s, to her Grammy Award and guest turns with a new generation of artists in the 2010s, Mavis has carried on, her warm embrace of a voice the only constant.

wednesday 4/6
Marshall Crenshaw & The Bottle Rockets
Tip Top Deluxe Bar & Grill, 760 Butterworth St. SW, Grand Rapids
April 6, 7 p.m., $25, 21 and up
(616) 272-3910, Facebook page
Marshall Crenshaw was originally described by rock critics as being a latter-day Buddy Holly. Later on in his career, he was compared to Alex Chilton due to his genre-defying power-pop classics like “Cynical Girl.” Since then, he’s co-penned radio hits like the Gin Blossoms’ “Til I Hear It from You,” as well as the witty title track for the John C. Reilly movie Walk Hard.
friday 4/8
Powerman 5000 & (hed)p.e.
The Intersection, 133 Grandville Ave. SW, Grand Rapids
April 8, 6 p.m.
4 for $40, $15 advance, $18 day of
sectionlive.com, (616) 451-8232
Founded by Rob Zombie’s kid brother Michael “Spider One” Cummings — Powerman 5000 were born out of the late ’90s nu-metal scene and hit it big with its 1999 single “When World’s Collide.” The band’s newest album, Builders of the Future, sees Powerman 5000 continuing with their usual science-fiction themes and heavy riffs. Check them out at the Intersection April 8. Co-headlining the show is (hed) p.e. Openers are Everybody Panic.
Lee Brice
Wings Stadium, 3600 Vanrick Dr., Kalamazoo
April 8, 7:30 p.m.
$62–$195
wingseventcenter.com, (269) 345-1125
Modern-country artist Lee Brice, 36, built his career with a solid songwriting resume: He penned hits for Garth Brooks, Jason Aldean and Tim McGraw, among others. In 2007, he signed to Curb Records and starting writing songs for himself, recording a string of hits and ballads, including: “I Drive Your Truck,” “Parking Lot Party” and “A Woman Like You.”
Saturday 4/9
Maurice Sendak: Where the Wild Things Are
Grand Rapids Art Museum, 101 Monroe Center St. NW, Grand Rapids
April 9–May 22
$5–$8, Members and children 5 and under FREE
artmuseumgr.org, (616) 831-1000
Maurice Sendak has been capturing children’s imaginations since the publication of the 1963 picture book, Where the Wild Things Are. Since then, the classic title has sold more than 19 million copies and in 2009 director Spike Jonez turned it into a major motion picture. This exhibit celebrates the book’s 50th anniversary by showcasing Sendak’s original drawings, prints, posters and illustrations.
Art.Downtown. + SiTE:LAB
S. Division Ave. + other locations, Grand Rapids
April 9, noon–9 p.m., FREE!
avenueforthearts.com

Art.Downtown. takes over a full day in Grand Rapids on April 9, from noon–9 p.m. Check out work by hundreds of artists in more than 30 venues throughout the downtown area. This is your opportunity to discuss your favorite art genres and methods with artists, curators and shop owners across the local arts community. Joining in the event is ArtPrize award-winning Best Venue, SiTE:LAB, at their Rumsey Street location, which will host 6 curators just for this event. A trolley is available to shuttle attendees to each spot. Visit avenueforthearts.com for the full scoop.

friday 4/15
Chicago and Earth, Wind & Fire
Van Andel Arena, 130 West Fulton, Grand Rapids
April 15, 7:30 p.m., $29.50–$115
vanandelarena.com, (616) 742-6600
Chicago and Earth, Wind & Fire brings the Heart and Soul Tour 2.0 to Grand Rapids this month. Both groups are multi-platinum, Grammy Award-winners. Billboard hailed Chicago as one of “the most successful American rock bands of all time,” thanks to the band’s classic-rock standards, like “25 or 6 to 4” and “Saturday in the Park.” Meanwhile, Rolling Stone declared Earth, Wind & Fire “a funk-fusion powerhouse that changed the sound and history of popular music” thanks to groovy hits like “September” and “Boogie Wonderland.”
Saturday 4/16
Kiefer Sutherland Band
Pyramid Scheme, 68 Commerce SW, Grand Rapids
April 16, 8 p.m., $20 advance, $25 doors, all ages
pyramidschemebar.com, (616) 272-3758
With an upcoming debut LP titled Down in a Hole, actor/rocker Kiefer Sutherland performs his folk-tinged tunes at Pyramid Scheme. The songs were originally written by Sutherland to be recorded by other artists, however Ironworks label co-founder Jude Cole encouraged Sutherland, 49, to perform them himself. His Down in a Hole LP is due this summer. Sutherland is not only known for his high-profile role on the hit television series 24, but also for playing the bad boy in classic ’80s films like Lost Boys and Stand By Me.
4/19–24
Matilda the Musical
Wharton Center, 750 E. Shaw Ln., East Lansing
April 19-24, times vary, $35–$71
whartoncenter.com, (517) 353-1982
Declared the No. 1 show of the year by TIME Magazine, Matilda the Musical has won four Tony Awards and 50 awards internationally. Based on the book by Roald Dahl, Matilda tells the story of a girl with a vivid imagination who challenges her destiny. The Wall Street Journal called the musical “smart, sweet, zany and stupendous fun.” Recommended for ages 8 and up.
friday 4/22 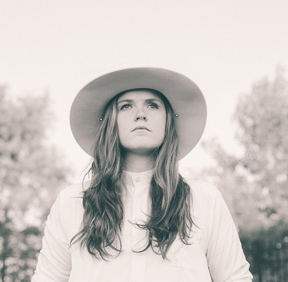 Flint Eastwood (wsg The Outer Vibe, AOK, The Class Acts)
Bell’s Eccentric Café, 355 E. Kalamazoo Ave., Kalamazoo
April 22, 8 p.m., $10 advance, $12 day of, 21 and up
bellsbeer.com, (269) 382-2332
Flint Eastwood is the product of Detroit-based indie artist Jax Anderson’s creativity and ear for hooks. According to her bio, Anderson’s distinct synth-pop sound is inspired by “what happens when friends and family gather in the forgotten spaces of an embattled city and are left to create with no rules, no boundaries and nothing holding them back.” Last year, Flint Eastwood released its Small Victories EP, now streaming at flinteastwoodmusic.bandcamp.com. Opening the show are AOK and the Class Acts.
Keb’ Mo’
Kalamazoo State Theatre, 404 S. Burdick, Kalamazoo
April 22, 7 p.m., $34.50–$49.50
kazoostate.com, (269) 345-6500
The three-time Grammy Award-winning bluesman Keb’ Mo’ brings his brand of visionary roots music to Kalamazoo State Theatre April 22. The 64-year-old’s latest post-modern blues album, 2014’s BLUESAmericana, won the 2015 Blues Music Award for Best Contemporary Blues Album.
Tech N9ne
The Intersection, 133 Grandville Ave. SW, Grand Rapids
April 22, 7 p.m., $30 advance, $35 day of
sectionlive.com, (616) 451-8232
Having sold more than 2 million albums since his start in 1991, Tech N9ne’s bizarre hardcore rap has led him to collaborations with everyone from Eminem and 2 Chainz, to Lil Wayne and T.I. The Kansas City native’s music has even appeared in commercials for AXE Body Spray. On April 22, he stops by the Instersection with openers Krizz Kaliko, Stevie Stone, ¡MAYDAY!, Ces Cru and Rittz.
wednesday 4/27
Todd Barry
Pyramid Scheme, 68 Commerce SW, Grand Rapids
April 27, 8 p.m., $18 advance, $20 doors, all ages
pyramidschemebar.com, (616) 272-3758
Dry-comedy genius Todd Barry, who performs April 27 at the Pyramid Scheme, has been a staple in the stand-up comedy scene since the late ’90s. Alongside his peers like Louis C.K., Marc Maron and Patton Oswalt, Barry helped usher in the next generation of comics. All the while, he was also appearing on hit shows like Dr. Katz, The Larry Sanders Show, Flight of the Conchords and Master of None.
friday 4/29
Melissa Etheridge: M.E. Solo
Firekeepers Casino, 11177 East Michigan Ave., Battle Creek, April 29, 8 p.m., $39
firekeeperscasino.com, 1- 877-352-8777
In promotion of her latest album, This is M.E, singer-songwriter, guitarist, activist and Grammy Award-winning artist Melissa Etheridge heads back to West Michigan for a solo gig at Firekeepers Casino. Rolling Stone praised her new disc, saying: “As always, her voice can walk a fine line between passionate and histrionic, but when she dials it back on the smoldering ‘Like A Preacher,’ it’s clear that this honeymoon might be the start of a whole new her.” 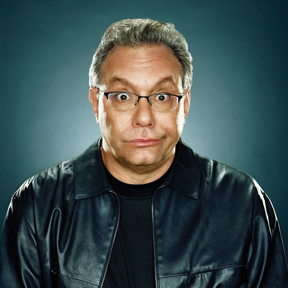