Written by  Josh Veal and staff
Rate this item
(1 Vote) 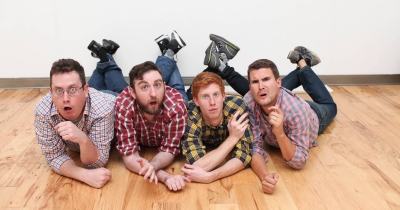 2020 is officially here and we’re ready for it. It’s a new decade, which is the perfect time for a new start — both personally and professionally.

Revue will be trying out some new things in the year(s) ahead, and this revamped newsletter is just the start. Keep your eyes peeled!

Now that you’re all rested and recovered from New Year’s Eve, it’s time to get back out there and have some fun. There’s plenty to do, but if you’re at a loss, we’re here to help.

Here’s what’s on our radar:

It’s time to speak with Pedro and give him your vote, too. Actors Jon Heder (Napoleon Dynamite), Efren Ramirez (Pedro) and Jon Gries (Uncle Rico) are visiting both Grand Rapids and Kalamazoo for a screening of Napoleon Dynamite, followed by a question and answer segment. Everyone's favorite llama, Tina, will also be at the event — but don’t call her a fat lard; that hurts her feelings.

The name of this show is definitely a mouthful, and the people behind it are more than a handful. This comedy tour features four guys everyone knows and loves from the truTV series Impractical Jokers. Without these guys pulling weird pranks (including their “loser round”) in their show, life would be a lot less fun. Catch them onstage as they bring a collection of stories, improv comedy, pranks and never-before-seen clips to Van Andel Arena.

Embrace Mother Nature and everything she can whip up as you trek the streets of Grand Rapids during this free, seven-week series hosted by Grand Rapids Running Tours. With a different tour theme every Thursday, from landmarks and legends to architecture and African American history, participants will learn about our fair city while taking in the brisk fresh air. Complete the entire series and you’ll not only be a little wiser, you’ll also score a $25 JW gift card.

Pop Scholars are one of West Michigan’s most popular and longest running improv groups, and for good reason: They’re just downright funny. They never make the obvious joke, they’re not trying to be “edgy,” they’re not meanspirited. Basically, they’re just a hilarious group of friends who know how to do improv right. In a world full of bad improv, it has to be seen to be believed.

It’s the 10th annual Kalamazoo Beer Week, which means it’s time to grab your pint glasses and head to just about any bar or brewery in the ’Zoo. There will be tons of events all over time, which you can read about at kalamazoobeerweek.com, but Bell’s Brewery specifically is releasing one new beer every day. Double Two Hearted, Pineapple Guava Sour, Uberon — it’s all coming. Head there every day of the week to win free merch!

No more FOMO! Get Josh's weekly Itinerary in your inbox.
Tweet
Published in Best Bets
More in this category: « 50 Things to Do in 2020 The Itinerary: Jan. 15-21 »
Login to post comments
back to top