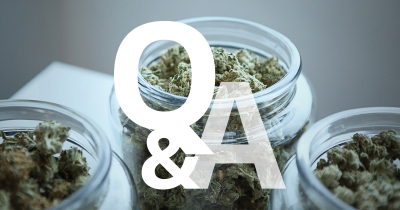 Recreational marijuana didn’t just become legal overnight: It took a movement of people to spread the word, distribute petitions, get the proposal on the ballot and inform the public enough to get the vote passed.

Even with it legalized, groups like the West Michigan Cannabis Guild are still fighting for a better rollout, less stigma and more equity.

While legalization was a huge movement, we talked with just a couple of the local, passionate, active advocates about their thoughts on the state of cannabis in Michigan. Here’s what they had to say.

What kind of work went into getting recreational weed legalized in 2018?

I believe this was the culmination of decades of work of changing public opinion, distributing science-based information, relentless activism and showing that the sky didn’t fall when citizens voted to legalize medical marijuana in 2008. In 2018, we gathered signatures, had countless fundraising and educational events throughout the state, gathered endorsements, debated prosecutors and law enforcement, did major get-out-the-vote efforts, media, press conferences, and gave speeches in homes, churches, businesses, public places, and large events.

When the ballot initiative actually passed, how did that feel?

It was a moment I will never forget. I had the honor of attending both the Gretchen Whitmer victory party, who MILegalize endorsed, and the Cannabis Counsel Law Firm party in Detroit. To be with the great folks of Cannabis Counsel and activists from around the state when we heard of our victory was exhilarating. To see folks in their 60s and 70s see this result from their decades of hard work and dedication was incredibly meaningful. I was overwhelmed with gratitude and excitement and exhaustion.

What is the No. 1 issue you’d like to see addressed?

The No. 1 issue for me is how to get more licenses into the hands of long-time local residents and people who have been most harmed by marijuana prohibition, especially people of color.

Two more things that are urgent: Releasing all prisoners who are doing time for anything now legal and automatic expungements of all records of marijuana usage/possession that would now be legal. Also, all unrestricted tax funds from marijuana should be spent in communities most harmed by marijuana prohibition, in the way that folks living there see fit.

Focusing on the good, what positive impacts have you seen since recreational weed was legalized?

I am most excited about people not being arrested for cannabis use and possession throughout Michigan. Prior to Proposal 1, approximately 20,000 people were being arrested annually, causing all kinds of harm like evictions, unemployment, loss of financial problems, loss of custody of children, and a major distrust of cannabis users and law enforcement.

In addition, many jobs have been created, many ancillary businesses have grown significantly, marijuana is much more accessible to many people not comfortable with the black market, and folks can now legally grow their own!

What is the No. 1 issue for you in terms of the rollout?

The cost and complexity of applying for a recreational license is steep and it truly excludes who it was intended for — small business entrepreneurs and people who were harmed through prior marijuana arrests. The social equity program the state created is a start, but it isn’t enough to really make a difference. Getting a 25% to 50% discount on an application fee isn’t much when it costs close to a million dollars to start a recreational cannabis business, which is why getting local residents to open marijuana businesses near where they live is a challenge. It takes a well-financed, well-connected and smart businessperson to make a cannabis business successful.

Elected leaders need to listen to citizens/voters when making decisions about cannabis in their communities and to do it in a timely manner.

Focusing on the good, what positive impacts have you seen since recreational weed was legalized?

Personally, my business and acceptance of what I do, PR and marketing for cannabis businesses, has finally left the launchpad. There were a couple of very lean years at the start. I love seeing crowded waiting rooms and lines outside provisionaries — clearly, there was a need for this in Michigan.

What’s one thing people don’t seem to know about cannabis and its rollout in West Michigan, but should?

Keeping a medical marijuana card — if you have one — is a good idea. You’ll save some money on sales tax, have a better choice of products, and cut in line. You can and should grow your own marijuana. It can be done outdoors in Michigan and you’ll know exactly what goes into it!

What issue are you concerned about in terms of the state of cannabis?

An important issue that needs to be addressed is public education about cannabis and community outreach. It will take decades to undo the social stigmas associated with the use of cannabis that have been (and continue to be) perpetuated by misinformation spread by our federal and local governments. The public needs to understand that using cannabis will not make you lazy, it will not make you lose friends, it will not kill your brain cells or make you stupid. Our government continues to sell this narrative to the people, and it must end. I hope to see our state and local municipalities take an evidence-based approach to informing our communities about the potential risks and benefits of cannabis consumption. I also would like to see increased support for biomedical cannabis research which will help reveal the true therapeutic potential of cannabinoids in particular diseases so that we can finally stop relying on anecdotal evidence in patient care.

What positive impacts have you seen from legalization?

Over 20,000 people were arrested every year for marijuana-related offenses in Michigan. Legalization has kept thousands of people out of jail, and ultimately, out of a criminal justice system that has never served to rehabilitate people in the least. Unfortunately, though, many inmates continue to serve sentences for marijuana convictions in Michigan. Advocates are fighting right now to secure the release of these inmates and working to ensure that all marijuana convictions are expunged from criminal records.

What are you optimistic about going forward?

The regulatory roller coaster in Michigan has forced business owners in the cannabis industry to become highly resourceful. Local cannabis businesses are coming together to collaborate and support each other in ways that I would have never expected. Decades of prohibition and the countless regulatory barriers faced by small business seems to have unintentionally created a sense of unity among owners that is unique to this industry. The Michigan cannabis industry doesn’t yet have the big corporate vibe, and while I’m not optimistic that it will stay that way forever, it does feel like we are laying the foundation for a strong business ecosystem that will continue to encourage good business practices in our state for years to come.

Tweet
Published in Best Bets
More in this category: « CBD Oil: Are the Health Benefits Worth It? What Did I Miss? »
Login to post comments
back to top