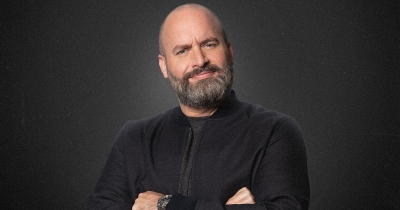 Easter has arrived in West Michigan, which means Lent is over and now you can really celebrate.

Whether you've been abstaining from anything or not, now's a great time to indulge, whether that means a sweet treat, trying that new restaurant you've heard so much about, or hitting one of this weekend's events.

From concerts to comedy, classic movies, games and more, here's what's on our radar for the week ahead:

Comedian, podcast host, and Netflix comedy special veteran Tom Segura will be visiting Kalamazoo, as a part of the second leg of his ongoing “I’m Coming Everywhere” tour. While Segura may be best known for his appearances on the aforementioned streaming service, he also has credits toward popular television and variety shows, from The Late Show with Stephen Colbert to Workaholics. Come by to see Segura’s famously deadpan humor live on stage.

For more than five decades — from Santana’s earliest days as a groundbreaking Afro-Latin-blues-rock fusion outfit in San Francisco — Carlos Santana has been the visionary force behind artistry that transcends musical genres and generational, cultural and geographical boundaries. Now, he's coming to Soaring Eagle for an unforgettable performance of Grammy-winning songs.

In anticipation of RECORD STORE DAY on 4/23, the misfits from Vertigo Music will be lugging their favorite records down the street and taking over the music in the Pyramid Scheme's front bar. Come through for this free event of great music, drinks and pinball.

Introducing a new weekly event starting in March: Gaymer Mondays! This LGBTQ+ game night is open to all ages and includes discounts on food, drinks AND games. That's 10% off game purchases, $1 off drinks, and $2 off cocktails and pretzels. Bring your friends or come make new ones!

Do you love free samples? Of course you do! So come on out and meet your new favorite locally made grocery products (and the people who make them!) at Meet the Makers. From 12-4 p.m. on Saturday, April 16, get a taste of coffee, sweets, snacks, and more from brands made right here in Michigan. That includes Pete's Big Jerk, Nutcase Vegan, Karma Spices, Fry Daddy Snacks and so many more.

In case you hadn't heard, Wealthy Street Theatre's weekly classic movie screenings are back! Wahoo! This week, head in for cult classic film Repo Man from 1984. A down and out young punk gets a job working with a seasoned repo man, but what awaits him in his new career is a series of outlandish adventures revolving around aliens, the CIA, and a most wanted ’64 Chevy. The 1984 cult classic, written & directed by Alex Cox. Starring Emilio Estevez & Harry Dean Stanton.

Tweet
Published in Best Bets
More in this category: « What's Going On, April 2022 West Michigan 4/20 Events »
Login to post comments
back to top