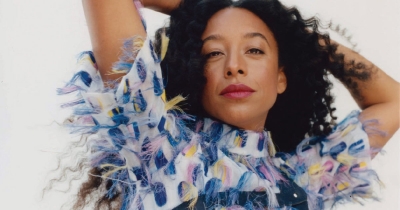 Events, happenings and goings-on in Grand Rapids and West Michigan for May 2022.

Here comes the first ever annual Fourth of July weekend taste fest in GR. The Foodie Fest will feature various varieties of all your favorite cuisines while showcasing local retail and small business merchant vendors. Walk-in with an empty stomach, leave with all your cravings satisfied and a smile on your face! Join us at the Grand Rapids Foodie Fest, a popular, one-of-a-kind, food festival right at the heart of the city!

Put your records on and come to Frederick Meijer Garden’s Summer Concert Series to sway to the tunes of two-time Grammy winner Corinne Bailey Rae, an English singer-songwriter best known for hit single “Put Your Records On.” The night will also include War and Treaty, a husband-and-wife duo from Nashville that has accrued devoted fans since their 2014 inception.

The seventh season of Relax at Rosa, the free lunchtime entertainment series, returns every single Thursday this summer. The event series features a diverse lineup of local bands, a variety of food trucks and oversized outdoor games such as giant Jenga and Connect Four. Relax at Rosa gives workers the opportunity to step away from their desks, get out of the office, and enjoy the benefits of working in a vibrant Downtown.

Hey! Ho! Celebrating the 10th anniversary of their first tour, the folk-rock band Lumineers are embarking on their fourth world tour, stopping for one night only in Grand Rapids on their Brightside tour, with special guest Ashe. The group prides themselves on their “climate positive” tour, and is continuing their partnership with REVERB.org, committing to a music climate revolution program that effectively reduces the tour’s carbon footprint.

Maybe it should be called the Doobie Brother’s 52nd anniversary tour, at this point, but this rescheduled reunion tour will bring the four original members of this timeless band back together onstage for the first time in over two decades. Spanning a wide range of music styles and featuring an opener of The Dirty Dozen Brass Band, this is one not to miss.

Spoon: Lucifer on the Sofa Tour

One of indie rock’s most critically acclaimed acts, Spoon is bringing their Lucifer on the Sofa Tour to the historic Kalamazoo State Theatre. Spoon’s tenth album, Lucifer on the Sofa, is the band’s purest rock ’n roll record to date. Written and recorded over the last two years – both in and out of lockdown – these songs mark a shift toward something louder, wilder, and more full-color. With special guest Bodega.

Harkening from Ireland and springing quickly to fame in recent years, Dermot Kennedy is stopping in Grand Rapids on his world tour for a night of his folk-pop style, featuring new singles and older favorites. Come hear fan-favorites like “Outnumbered” and “Better Days.”

Heavy metal and hard rock fans of all ages will find something to head-bang
to at the two-day Upheaval music festival, featuring a full lineup of bands from near and far, including Breaking Benjamin, Disturbed, Three Days Grace, and more! After the festival, check out the “after shows” at the Intersection.

Comedian and actor Kevin Hart is making a stop on his national “Reality Check” tour to tickle the humor of Grand Rapids. Having had four years and a plethora of material-providing experiences since his last tour, Hart is sure to hit the stage in his usual energetic fashion, ready to poke fun at anything and everything.

Although he may never have won over “Jessie’s Girl,” Rick Springfield certainly won generations of worldwide listeners. The Meijer Gardens’ Summer Concert Series continues with Springfield, the multi-talented Australian singer, songwriter and actor, performing in conjunction with the nationally acclaimed Grand Rapids Symphony.

Guns N’ Roses fans devastated by the dissolution of the band in the late ’90s will find fun in this tribute show designed to be as visually and vocally accurate to the original as possible. Priding themselves on costuming, physique, and sound mimicking, Nightrain provides a tribute show that might cause viewers to wonder if they are at a Guns N’ Roses concert after all.

“The Midwest’s biggest indie act” hits the Listening Room’s outdoor piazza as a part of their tour for their new album, “The Wanting.” After 20 years of national recognition, the band has returned with a new iconic collection. Listening Lawn performances occur every weekend all summer, featuring acclaimed artists, some from the area and others from far reaches of the country, spanning the full breadth of music styles.

Local comedian and magician with trademark hair, Trino has performed his comedic magic show for high-prestige audiences, but he makes his home Grand Rapids, where he performs monthly. Local guest comedian Nardos Osterhart joins Trino for the night of entertainment and surprise. Dry throats from laughter and amazed gasps are no concern, as ticket purchase includes a drink voucher.

Take a chance on a night of ABBA-inspired fun at this disco dance party. The touring DJ-based group plays fan favorites from the ’70s and ’80s, getting the crowd to release their inner Dancing Queen all night long. Disco wear is highly encouraged!

Lions and Rabbits Center for the Arts

Local artists, music, businesses and vendors are featured at this evening block party put on by the Lions and Rabbits Center for the Arts on Plainfield and Lafayette Roads. Attendees will witness live art, music performances and artist markets for no entrance fee. The Center’s aim is to create barrier-free art and artist education, so all vendor and beverage proceeds are put towards their public art campaign.

Tweet
Published in Best Bets
More in this category: « Fireworks in West Michigan 7th Annual Best of the West: Attractions »
Login to post comments
back to top