What's Going On This Month: September 2022 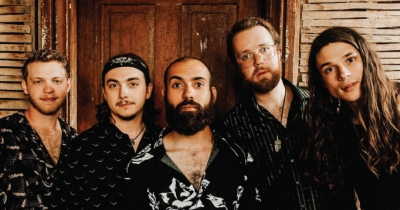 Events, happenings and goings-on for the month of September, all over West Michigan!

For all toy and collectable aficionados: the third ever Toy Haven show will be in Holland for a day full of fun. Local vendors will be displaying art, comics, crafts, vintage items, toys, collectables and more! Kids under 11 can enjoy all of the fun for free, but good luck walking out empty-handed!

Celebrate Labor Day in Grand Rapids at the 13th annual Labor Fest. Rosa Parks Circle will be full of food trucks, local arts and crafts vendors, a car and motorcycle show, kid-friendly rides and live entertainment. Take advantage of free Grand Rapids Art Museum entry, games and everything else the festival has to offer.

Alternative indie-rock band Rainbow Kitten Surprise is making their first European-American tour, and stopping in Grand Rapids for a rocking night of their most popular hits and new singles. Deep lyrics, harmonies and instrumentals make their music unique and intriguing, ensuring a catchy performance that will stay in your head for days.

Having risen to internet fame over recent years, Randy Rainbow has earned national recognition for his comedic work, headlining major venues and media coverage. He is bringing his parody and standup talents to Grand Rapids for a night that is sure to get the audience laughing.

Suit and tie mandatory, but only for him, John Mulaney is hitting Kalamazoo on his first nationwide tour since 2017. An eventful past few years implies that there will be plenty of new side-splitting jokes for the former SNL writer and host to deliver.

Muskegon will be the host of a concentration of all the Irish culture West Michigan has to offer. The four-day-long festival lineup is chock full of traditional Irish music artists, and some modern nods to the rich heritage. Kids 12 and under enter free all weekend.

Join the West Michigan Bluegrass Music Association at the 27th annual bluegrass festival. The weekend will be full of performers, workshops, a silent auction, food and more. Entry is free for kids under 15, and onsite camping is available.

If you know emo and indie rock, you know The Front Bottoms. This fun, youthful band has catchy hooks and memorable choruses filled with nostalgia and relatable ideas. They’re now touring on their latest album, In Sickness & In Flames as well as their just-released EP, Theresa. Check them out at 20 Monroe with The Joy Formidable and Mobley.

Touring on their new album, “Cell-0,” the Finnish rock band composed of classically trained cellists and jazz drummer is coming to the Intersection, with guest acts Leprous and Wheel. Their unique mix of classical instrumentals and metal music has been attracting listeners since 1993, and this tour is sure to wow audiences around the world.

The Speed of Now Tour

Country artist and four-time Grammy winner Keith Urban is bringing a night of country hits to Grand Rapids, together with special guests Tyler Hubbard and Ingrid Andress. The Australian country singer will feature many of his well-known hits and songs from his new album.

You can’t take your eyes off of Frankie Valli and the Four Seasons as they fill the evening with the songs that brought them to national fame. This postponed tour honoring the 60-year career of the original Jersey boy will hit the DeVos Center and provide a nostalgic night of familiar favorites.

Legendary pianist and composer Herbie Hancock, winner of 14 Grammys and an Academy Award, was a member of the Miles Davis Quintet in the 1960s, and has explored and mastered nearly every popular music movement since then – funk, rock, jazz fusion, electronic dance, and beyond. Hancock’s innovative experimentations continue to influence contemporary music, while many of his compositions have become modern standards. His Kalamazoo stop features musicians Terence Blanchard, James Genus, Lionel Loueke, and Justin Tyson, and follows summer appearances in Sweden and Ireland.

Reprising its debut expo in 2019, the West Michigan Cannabis and Hemp Expo aims to be a resource in Grand Rapids, connecting businesses with consumers. Vendors, live demonstrations and more will be featured at the DeltaPlex all weekend long.

Internet-sensation-turned-recording-artist Ricky Montgomery is new to the limelight, but just two years after his first major record label deal, he is embarking on a world tour. Stopping at Grand Rapids to perform his viral classics, like “Line Without a Hook,” and songs from his new album, it’s sure to be a memorable night.

Tweet
Published in Best Bets
More in this category: « Kayaks, Tubes & Canoes, Oh My! Virtual Reality: Dreams in Digital »
Login to post comments
back to top