What's Going On This Month: October 2022 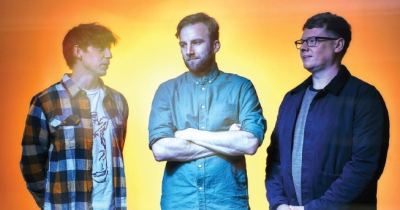 We Were Promised Jetpacks at The Pyramid Scheme. Courtesy Photo

Events, happenings and goings-on for the month of September, all over West Michigan!

Join in at Blandford for a night under the stars! The Grand Rapids Amateur Astronomical Association will be in attendance along with their telescopes and constellation expertise. Attendees will be able to view Saturn, Jupiter, the moon, and a variety of bright stars. Bring your own lawn chairs and binoculars!

Every week at the Wealthy Theatre, a classic, cult or B-movie plays, and this week, it’s the eminently rewatchable horror-comedy Beetlejuice! In this Tim Burton-directed classic, the spirits of a deceased couple are harassed by an unbearable family that has moved into their home. After they hire the obnoxious and devious “bio-exorcist” Betelgeuse to drive them out, wild and spooky hijinks ensue!

From the minds of some of the area’s best food truck events (GR8 Food Trucks) comes a brand new food truck event experience. This is going to be a true night market event, with 15-20 food trucks, 30-40 local craft and artisan vendors, photo/selfie stations, tents with seating to enjoy your food, string lighting throughout the event, fun festive color lights around the event. Eat, shop and be merry.

We Were Promised Jetpacks

We Were Promised Jetpacks are a Scottish indie rock band that’s been around for nearly 20 years, inspired by fellow Scottish bands like Frightened Rabbit and Biffy Clyro. As the singer said, “It’s rainy and miserable in Scotland and there are lots of angry people. It’s music that sounds sort of like that.”

What better way to celebrate 10 years of cheesy goodness at The Cheese Lady with a grilled cheese festival? Come for a grilled cheese competition, tomato soup, cheese tastings, a beer and wine tent, kids activity tent, and live music from local bands like Valentiger. No fee to attend!

Halloween Bash at the Market

Featuring food trucks, local artists, live entertainment, and all things magical, mysterious, and macabre just in time for Halloween. Candles, jewelry, art, books—don’t spend your money at those big-box stores this year. Come support local artists, experience live performances, and jump into the most wonderful time of the year.

Tech N9ne is one of the world’s most famous rappers, thanks to his dynamic rhyme schemes and speed rap abilities. It’s intense rap heavily inspired by percussion, but also influenced by old school hip-hop. He’s coming to The Intersection with his latest album, Asin9ne.

Widely considered a feminist icon, alternative folk rock singer-songwriter Ani DiFranco is the mother of the DIY movement, being one of the first artists to create her own record label in 1990. While she has been known as the “Little Folksinger,” her music has embraced punk, funk, hip hop, jazz, soul, electronica and even more distant sounds. DiFranco is now touring, following her latest release, Revolutionary Love.

After nearly three decades, the third Clerks is here, and going on tour with Kevin Smith. Come watch the new movie on a big screen, then chat with Smith at the post-show Q&A. And if you’re a big Smith-head, upgrade to the VIP experience to score a signed screenplay and a picture with Kevin himself.

If you missed out on the early Oktoberfest events, here’s your chance! Come for the German car show known as DeutscheMarques, stay for the Oom-Pah band, German food, and German beer. There will be trophies for the best traditional-dressed gentleman and lady. Fun for the entire family!

Carrie Underwood has been a top country singer since winning American Idol in 2005, and now she’s touring on her new album, Denim & Rhinestones. Since early in her career, Underwood has designated a portion of ticket sales from her tours to support worthwhile charities and organizations. She continues that tradition by arranging for a donation of $1 from each ticket sold for this Denim & Rhinestones Tour to be contributed to the Tunnel to Towers Foundation.

Kelsey Cook’s quick wit and relatable observations create an easy connection with her audiences. She’s the daughter of an International Yo-Yo Champion and a Professional Foosball player, which made for a humor-filled life at a young age. See her at GR Comedy Club this month.

The Price Is Right Live

The Price Is Right Live is the hit interactive stage show that gives eligible individuals the chance to hear their names called and “Come On Down” to win. Prizes may include appliances, vacations and possibly a new car! Play classic games just like on television’s longest running and most popular game show, from Plinko to Cliffhangers to The Big Wheel, and even the fabulous Showcase.

Tweet
Published in Best Bets
More in this category: « Offering Up a Taste of Hope Halloween Haunts in West Michigan »
Login to post comments
back to top