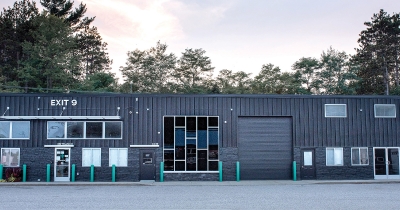 In a break from the nonstop insult-hurling across the aisle in Lansing, state lawmakers came together over the past month on a criminal justice reform bill package that makes it easier to have prior convictions expunged from records. The “Clean Slate” legislative bill package signed into law by Gov. Gretchen Whitmer on October 12 includes a series of provisions that seek to make reentry easier after prior nonviolent convictions and included backers from the American Civil Liberties Union, the Mackinac Center for Public Policy, and business groups. Within a few years, a new process automatically expunging prior convictions — which act as a key barrier to obtaining housing, licensing and employment — will be in place.

Whitmer also made good on a campaign promise by signing the bills, one of which clears cannabis convictions that would be considered legal as of December 6, 2018, when the state’s recreational cannabis initiative took effect. Another provision specifies that the burden of proof is on prosecutors when individuals look to clear a prior cannabis conviction.

The news drew support from cannabis and criminal justice reform advocates across the United States, and rightly so. With the change, Michigan will become the first state in the U.S. to automatically expunge certain felony convictions.

Whitmer called it a “historic day” when she signed the bills, as well as a “game-changer for people who are seeking opportunities for employment, housing, and more, and they will help ensure a clean slate for hundreds of thousands of Michiganders.”

The National Organization for the Reform of Marijuana Laws (NORML) called it a “proactive stance,” adding that thousands of U.S. residents “carry the undue burden and stigmatization of a past conviction” of something that’s now legal.

“Our sense of justice and our principles of fairness demand that officials move swiftly to right the past wrongs of cannabis prohibition and criminalization,” said NORML Deputy Director Paul Armentano.

For all the lousy behavior on display in Lansing over the past six months, chalk up these new laws — and cooperation between political parties — as a positive step forward.

Elsewhere in the state, though, some cannabis advocates mourned the phase-out of medical marijuana caregivers’ ability to supply the retail market. Though the Marijuana Regulatory Agency had planned the transition for months and claims licensed growers will produce adequate supplies, some of those involved in the early years of cannabis advocacy more than a decade ago noted the incredible value that caregivers have played for both the medical and recreational markets. As Rick Thompson, publisher of the Michigan Cannabis Industries Report and longtime advocate, put it on social media: “Today is the end of something special and the beginning of unremarkable dysfunction.”

While the supply chain structure is shifting rapidly, it’s also worth noting some recent growth here in West Michigan from unexpected places. Ottawa County saw two new medical dispensaries graduate to recreational sales recently: Exit 9 on September 21 and Skymint on October 8, a stone’s throw away from each other in Nunica.

Tweet
Published in Cannabis
More in this category: « Hashing It Out: Cannabis 101 Debunking Cannabis Myths »
Login to post comments
back to top