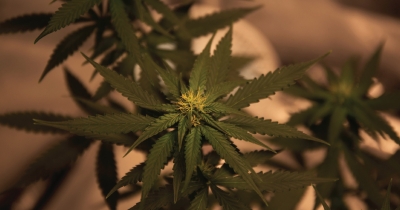 A belated happy birthday is in order for Michigan’s recreational cannabis law. Though the past year certainly brought growing pains for the state’s fledgling adult-use industry (that’s aside from a global pandemic), you get the sense that maturity and certainty lie ahead.

For one: recreational retail sales grew at a strong and steady pace throughout the year after the initial uncertainty of the pandemic. Gov. Gretchen Whitmer allowed stores to remain open as essential businesses, which quickly adopted a curbside pick-up model. By the end of November, the state saw nearly $450 million in adult-use cannabis sales, and about $73 million in taxes directed to state and local governments.

The sales also grew despite hesitance from most Michigan municipalities toward recreational cannabis. Though a few cities warmly embraced the sector from day one, a growing number of cities — including the two largest, Detroit and Grand Rapids — as well as rural towns are opening their hearts and ordinances for recreational cannabis. As of early December, Michigan had 191 retail cannabis stores across the state. By most accounts, that number is expected to grow as more municipalities opt in, thanks to negative perceptions of the industry fading in time. Grand Rapids alone could see about a dozen stores open for retail sales in 2021.

As Brisbo told Crain’s: “The concept of legalized marijuana is still a divisive issue, but it’s becoming less so.”

However, that’s not to say challenges don’t remain. The supply side still seems to be lagging demand for cannabis products, evidenced by ongoing high prices. Also, the boom in retail stores in cities like Muskegon, Battle Creek, Kalamazoo and Grand Rapids is beginning to swing the pendulum in the other direction, raising concerns about oversaturation in the market. The landscape may also shift as local growers and processors, in particular, are acquired by larger out-of-state companies, potentially making it even harder for local ownership.

Finally, the industry will continue to grapple with inclusiveness and equity. It will require a focus on local hiring and providing opportunities for those who have been harmed by historical cannabis-related injustices. Michigan’s on a solid path, but the work is not over.

Which leads to … let’s call it cautious optimism, at the federal level. In early December, the Democratic-controlled U.S. House cast a historic vote in favor of legalizing cannabis at the federal level. The Marijuana Opportunity Reinvestment and Expungement (MORE) Act would also open more research opportunities, address banking and tax regulations and expunge some cannabis-related offenses. The bill is effectively dead-on-arrival in the GOP-controlled U.S. Senate. But with the incoming Biden administration, a potential Democratic-controlled Senate following the Georgia runoffs, and an overall growing acceptance to cannabis nationwide, the vote was at least a brief ray of light in an otherwise gloom-filled year.

Tweet
Published in Cannabis
More in this category: « Beginner's Guide to Edibles Behind the Bud »
Login to post comments
back to top