The Fight for Accountability: Cannabis Equity in West Michigan 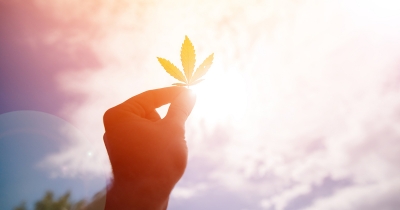 When voters decided to legalize adult-use cannabis in 2018, the hope was that this would be a progressive shift forward, a brand-new market created from the ground up that could build social equity into the very system.

Four years later and two years after the first provisioning centers opened, cannabis is everywhere — but we still have a long way to go.

That’s not to say there haven’t been big wins. Legalizing cannabis alone has saved countless lives from being locked away in prison and helped clear the records for those previously convicted. Many cannabis companies have put into place voluntary diversity and equity programs. Cannabis has created a huge industry with millions of dollars in tax revenue, and frankly, it helped carry Revue through the pandemic (in more ways than one). 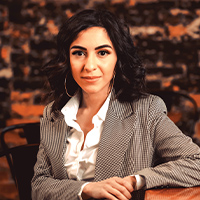 In fact, when speaking with Narmin Jarrous, chief development officer at Exclusive Brands, the first thing she mentioned was a win. The Cannabis Regulatory Agency was considering a rule that would allow for hemp to be brought in from out of state and converted into a THC distillate. This would have likely put many small growers and processors out of business, along with public health concerns.

Jarrous and other advocates in the industry were able to speak to the agency, however, explaining the implications, and the rule was withdrawn. It was a hyper-focused win that wouldn’t make big headlines, but it allowed a sigh of relief before they asked, “What’s next?”

There isn’t just one big social equity issue facing the cannabis industry. Instead, it’s a myriad of challenges created (mostly unwittingly) by many systems that weren’t properly created to be equitable in the first place.

One topic of discussion right now is how to treat caregivers, people who were growing their own cannabis at home and legally selling it to customers, largely for medical reasons. Some people in the industry started as caregivers, such as Casey Kornoelje from Pharmhouse Wellness.

The problem, Jarrous said, is not at all the legitimate caregivers who want to continue to grow and sell at home. She and her team at Exclusive “1,000% support caregivers.” But, there are people out there operating multibillion dollar facilities, bringing in distillate from other states, working without many regulations because they’ve found a way to abuse loopholes. That said, she knows criminalizing almost anything will affect Black, Brown, and lower income communities the most, as always.

I’m no expert on the subject, and frankly, it’s a complicated issue that not everyone understands, as are many current problems with the cannabis industry. 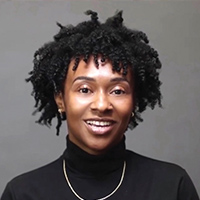 For Jessica Austin, state director for Minorities for Medical Marijuana and owner of Rich Smoke Accessories, the problem lies in a lack of resources. When she attended a talk in 2018, they said the minimum price to start a cannabis company was $250,000, and it’s only gone up since then. Without a larger company or investor backing you, it’s almost impossible to break in.

This entry cost alone obviously leads to further economic disparity, Austin said. “If you don’t have the funds to go out there and get the resources, you won’t ever be prepared to get in the cannabis industry, so that’s where we have to start.”

However, incubator programs, DEI workshops, work groups, startup accelerators and other resources like this can certainly help. Austin went through Fluresh’s accelerator program and praises it highly. “That program has helped me tremendously. You learn everything related to testing, population processing, retail, marketing, funding capital, your state’s rules and regulations, all that.”

She believes more programs like that could go a long way to opening doors.

Denavvia Mojet, founder of the Black & Brown Cannabis Guild, has been fighting for more equity from the get-go. When expungement became an opportunity but no one was actually helping candidates navigate the tricky legal process, the guild was formed to help. Now that many other nonprofits have jumped on board and started their own expungement work, Mojet wants to focus on a new problem: Inclusion.

“I feel like lately I’ve seen a lot of folks talking about what’s happening in cannabis, but there’s no real inclusion of the community,” Mojet said. “Every conversation around what should be happening in cannabis social equity and what outcomes are desired should be inclusive of the community. And it seems like this conversation that’s between our elected officials and people who own cannabis companies that don’t live here.” 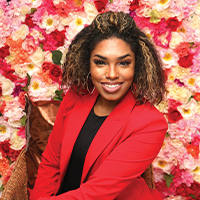 She points out that cannabis is an industry that simply would not exist without voters. They originated the market, and yet they have little to no say in what happens next. We had a very unique opportunity to create a market from the ground up, building it alongside the people of Michigan.

Jarrous makes the same point, saying that elected officials need to do their job and work for the people, not for an industry. That especially goes for communities where leaders have chosen to opt out of provisioning centers, despite its residents voting to legalize cannabis, or even communities that simply aren’t doing enough for social equity. She believes government officials need to care more about the health and wellbeing of their citizens than their political careers.

It’s a key point at a time when the cannabis industry is still somewhat malleable and open to the influence of the people. Austin also would encourage people to get out and speak in their town’s commission meetings to help voice their opinions.

Many communities that initially opted out have been highly receptive to citizens coming in and talking about how cannabis has helped them or a loved one medicinally, and about all the job opportunities, not to mention all the tax revenue. It’s effective and should be repeated in the future.

Still, there’s much to be done. Many cannabis companies that opted into a Cannabis Industry Social Equity Voluntary Agreement (CISEVA) are now failing to meet their own requirements, and requesting to be let off the hook. But opting into the CISEVA gave these companies an edge in the application process. In Mojet’s view, this is unacceptable, considering it was entirely voluntary.

“I feel like we should be able to expect accountability from people who volunteer to reach goals, and then say that they shouldn’t be held accountable for delivering on them. You got to write your own plan. You got to opt into every single commitment that you wanted to make.

“If you had one to be more competitive and to get more benefits from the city of Grand Rapids, then you most certainly should be able to produce those outcomes.”

She finds any protests to the contrary somewhat ironic considering how much effort cannabis companies put into other areas, such as educating the consumer on terpenes, THC percentage, strains, etc. Plus, as the city checks in with cannabis companies, the process is now hidden from the public with no resident feedback.

There’s also the discussion of how to spend the vast amounts of money (Michigan brought in $246 million in cannabis taxes last year) produced by the industry. Again, residents have largely not been consulted, which means money could easily be thrown away on ineffective programs.

For people like Mojet, Jarrous and Austin, the reason they care so much is because they love cannabis and they want it to succeed — they just want it to do so in a way that actually makes the world a better place to live, and not just for those at the top.

It’s an intersectional issue, and both Jarrous and Mojet expressed how every aspect of justice and equity in our culture ties into cannabis.

“There’s no way social equity in the cannabis space is going to succeed if we’re not fighting for social equity outside of the cannabis industry,” Jarrous said. “As women and people with uteruses are seeing their rights stripped away, day in and day out, what we’re going to see is Black and Brown people affected the most, and it’s going to have a ripple effect.

“It will affect the cannabis industry. It will affect the people that were trying to enter the cannabis industry that can’t now, that don’t have the same rights as the people who historically have all of the rights, as the people that are succeeding most in the industry, the straight right white men who have money, who have generational wealth, who will have access to the best healthcare, access to capital, with access to the best real estate in the industry.”

Still, if this all seems daunting, remember that most people in Michigan want a fair, just, equitable world, including in the cannabis industry. And while we’re not there yet, we can certainly fight for it.

“Our hope is that, once we get it right, you can look at the cannabis market and see a diverse spectrum of local ownership of the businesses that make up our market,” Mojet said. “But then also we can see equitable outcomes and how the market is impacting the neighborhoods. That goes further than just having the license or running the business, but having an impact on the people who were harmed by the war on drugs in that very same community that you now make money off of.

“That’s the dream. That’s the vision. That’s our desire.”

Tweet
Published in Cannabis
More in this category: « Talking Terpenes
Login to post comments
back to top