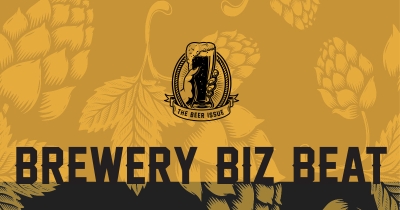 Openings, closings and changes over the past year in the craft beer world.

OPENED: Brand new to Grand Rapids in August, Küsterer Brauhaus is inspired by traditional European beer halls, focusing on long community tables and talks with strangers. Serving strictly traditional German-style beers out of their location at 642 Bridge St., the brewery pays tribute in name to the first German brewer to put down roots in Grand Rapids in 1844.

Michigan’s first and only gluten-free brewery is dedicated to producing completely safe brews. Brewery Nyx opened their taproom at 506 Oakland Ave. in July, allowing patrons to enjoy all the tastes of their many craft beers in the safety of an uncontaminated environment.

Inspired by one guy’s love of homebrewing, Brewery Outré provides unique and creative house-brewed beers to the Kalamazoo community in a cozy taproom at 567 E. Ransom St. If you’re looking for dinner, you’re going to want to stop before you get there. They do not have a kitchen and encourage you to DoorDash or pack food to bring! In the future, they hope to collaborate with food trucks to direct the community to more local businesses.

5 Lakes Brew Pub moved from a quite remote location in Dorr to a new hotspot in Tanger Outlets, now located at 350 84th St. SW, Byron Center. Unfortunately, the bowling alley attached to 5 Lakes was forced to close by the pandemic, which was a big part of the decision to move. 5 Lakes also switched to a brew pub, allowing them to have outside beers on tap.

Creston Brewery reopened at 1504 Plainfield Ave. Ne, Grand Rapids, under new management after being acquired by Saugatuck Brewing Co. The new head brewer is Abbie Groff, and you can get all your favorites on tap, from Bokonon to GRale. The tap list also includes Saugatuck beer, however, and the food menu has been completely redone due to Covid.

Wyoming has a new taproom in the form of 3 Gatos Brewery at 1760 44th St. SW, taking over the space formerly held by Kitzingen Brewery. The married owners knew the owner of Kitzingen and he personally suggested they take over. They’ve been on an amazing path through life, bringing Brazil heritage (mainly in the food) and a taste of Germany (mainly in the beer) to West Michigan.

Archival Brewing also joined the ranks of Beer City, setting up shop on a former golf course at 6266 W. River Dr. NE, Belmont. The taproom is well within reach of Rockford, Grand Rapids and Comstock Park, but more importantly, they focus on resurrecting ancient beer styles and utilizing lesser-drank styles from around the world. Archival also has a strong selection of house-made mead and cider, not to mention from-scratch food.

CLOSED: ELK Brewing (700 Wealthy St. SE) has provided local brews to Grand Rapids for eight years. They had to permanently shut down operations in May as a result of these ever-referenced unprecedented times. They went out with a bang, introducing a new stout entitled “Extinction of Elk” and throwing a party before locking up.

Osgood Brewing (4051 Chicago Dr. SW, Grandville) was forced to close doors in September due to staffing issues, likely brought on by the stressors of the pandemic pushing people out of the industry, which then leads to being short-staffed, which means angry customers, which results in staff leaving. It’s a vicious cycle, and we wish owners Ronald and Mindy the best.

While Harmony Brewing is still going strong, the owners did decide to shutter their secondary location, Harmony Hall (401 Stocking Ave. NW, Grand Rapids) sometime in October. The building has a long local history, once a sausage factory, then restaurant Little Mexico, then Harmony Hall, a taproom that served delicious sausages and also housed Harmony’s production space. Times have changed, and now the brewery needs less restaurant space and more production space, so Harmony Hall has come to an end. Rest in pizza!

Tweet
Published in News
More in this category: « Biz Beat: September 2022
Login to post comments
back to top