The Bureau of Personal Belonging by Stacey Kirby.

With its 2016 Annual Report, ArtPrize has announced that it is no longer in debt to the Dick and Betsy DeVos Family Foundation.

ArtPrize began as an experiment with a startup strategy, said Christian Gaines, executive director of ArtPrize.

At today’s Annual Report Breakfast, he said that with this strategy comes institutional debt, one that the nonprofit has been addressing since its inception. The debt peaked in 2012 at $3.8 million and the nonprofit has worked since through a debt forgiveness program, ultimately leading to a debt of $0 in 2016.

“We can now focus 100 percent of our fundraising efforts looking straight ahead, making sure ArtPrize is as good as it can be,” Gaines said.

Corporate sponsorships especially made this possible, in 2016 reaching $1.8 million, 50 percent of ArtPrize’s total revenue of $3.4 million. The next biggest contributor is grant money from foundations at nearly $800,000.

ArtPrize also reported on its impact across multiple arenas, from seven tons of waste being diverted from landfills through the S.O.R.T stations to an 84-percent increase in Rapid metro pass usage during the event.

Kurt Johnson, executive director for fine arts at Grand Rapids Public Schools, said that more than 18,000 students were able to visit this year, an increase of 119 percent over last year.

While having an economic impact isn’t part of ArtPrize’s mission, the nonprofit nevertheless estimated a $28.6 million impact to the city in 2016, which is $1.5 million more than last year.

This growth is in part due to an increase in visitors, last year being the most-visited of any ArtPrize ever. About 26,000 people visited daily, in comparison to only 10,500 in 2009.

“You’ll notice that it rained a lot this year,” said Todd Herring, director of creative and communications for ArtPrize. “We believe that rain has made people come more often and not less. They had slightly shorter visits but it actually increased our daily visitor count.” 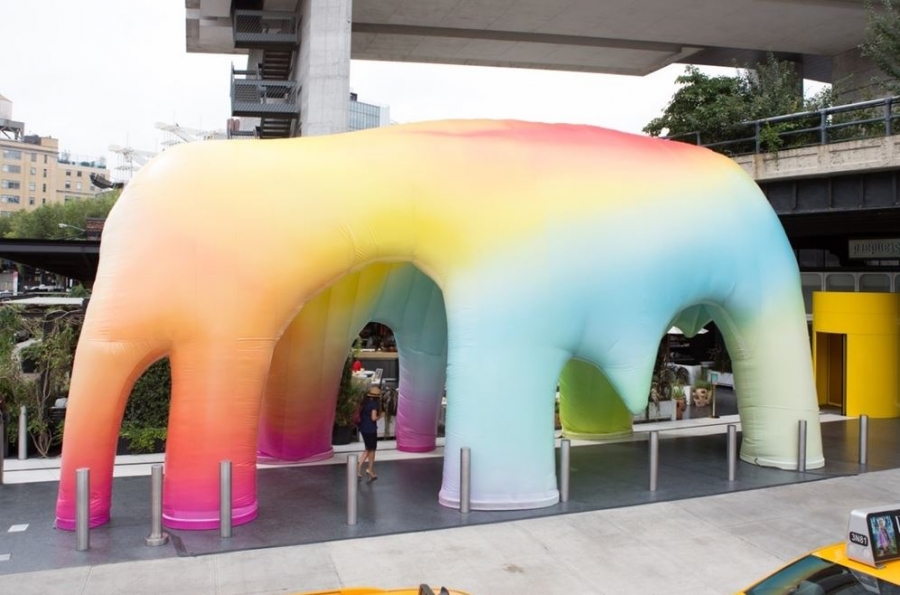 The Pitch Nights program is also growing from four cities to six cities. This program last year brought in The Bureau of Personal Belonging by Stacey Kirby, which ended up winning 2016's Juror Grand Prize. How it works is artists in these cities all pitch their ideas for a possible exhibition that requires grant money, similar to Shark Tank or 5x5 Nights at Start Garden. The winner gets $5,000.

At the breakfast, artist Jeffrey Songco of San Francisco said this kind of support — from grants to workshops to community — convinced him to move to Grand Rapids, after entering multiple exhibitions since 2011.

“ArtPrize is a support system that I can tap into when I need to,” Songco said.

For all of this information and more, including visitor demographic surveys, visit artprizeannualreport.org.

More in this category: « Lil Wayne announced for 20 Monroe Live show Hamilton coming to Wharton Center for 2018-2019 season »
Login to post comments
back to top