Indie folk-rock stars The Lumineers are coming to Grand Rapids early next year.

In support of their upcoming album, “III”, the band is touring around the world, including a stop at Van Andel Arena on Tuesday, Feb. 11. The Lumineers blew up in 2012 with catchy hit singles like “Ho Hey” and “Stubborn Love,” and have since released one album in 2016 featuring songs like "Ophelia" and "Cleopatra."

Their live shows are full of singing along, clapping, stomping and all kinds of instruments. An opening band has not yet been announced.

Tweet
Published in News
More in this category: « Potshots: August 2019 What’s Going on: September 2019 »
Login to post comments
back to top 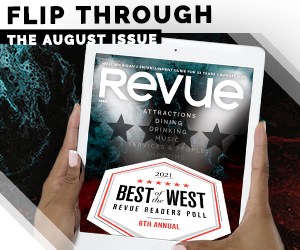