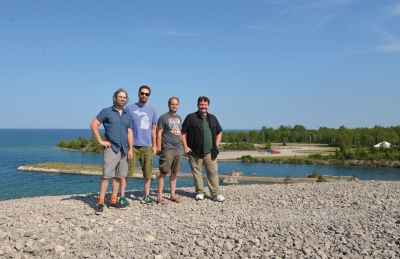 We’re almost there: The long, agonizing wait for recreational cannabis stores to open their welcoming arms to Michigan residents is almost over. Come Nov. 1, state officials will start accepting applications for recreational marijuana provisioning centers. By the end of November, some of the first stores should be open for adults to casually buy marijuana over the counter — no different than a six-pack of beer.

For the first year, recreational licenses are only available to businesses that are already approved for medical licenses. However, 850 communities, about half of all municipalities in the state, have formally opted out of allowing recreational businesses. For those living in cities that have dithered over medical marijuana regulations (looking at you, Grand Rapids), accessing retail shops may require some adventuring.

Meanwhile, state officials have steadily allowed for the growth of medical businesses, a good sign in the run-up to the recreational market. As of mid-September, the state had approved 298 licenses—255 for large-scale grow operations or provisioning centers. Of particular note in West Michigan is Muskegon, which has now sold all four lots available for marijuana businesses in its designated overlay district. The district is 9.5 acres of vacant, city-owned land. About 10 miles north in Dalton Township, Muskegon County officials are considering a company’s proposal to build a massive, 650,000-square-foot grow facility at a county-owned business park that never came to fruition. Developers want construction to start as early as this year, with plans to lease parcels to different grow companies. If repurposing a failed and vacant industrial park with cannabis growing doesn’t exemplify the industry’s economic revitalization potential, I don’t know what does.

In another good sign for provisioning centers, the national online advertiser Weedmaps recently announced that it would no longer promote unlicensed stores and delivery services on its website. Licensed business owners have rightfully complained that the service steers customers away from legitimate companies that have jumped through significant regulatory hoops. The Michigan Cannabis Industry Association reportedly said it would “very much appreciate” the move.

Though industry growth looks promising, public safety concerns around cannabis have been making headlines as of late. Perhaps most notably, Gov. Gretchen Whitmer’s ban on flavored e-cigarettes has sparked debate within the marijuana community. While marijuana vape pens aren’t included in Whitmer’s ban, THC cartridges are increasingly being linked to an outbreak of lung illnesses across the U.S. Even state officials acknowledge that THC “appears to be the primary culprit” in cases reported to the state, Detroit Metro Times reports. Meanwhile, state regulators issued their largest marijuana product recall to date in late August when four medical marijuana products — including a brand of cartridges — tested for unsafe levels of pesticides and heavy metals. The products had been sold at 15 locations across the state. The spate of product recalls in recent months has led at least one state lawmaker — Republican Sen. Curt VanderWall of Ludington — to call for stronger oversight of testing labs.

On a lighter note, the West Michigan Cannabis Guild is hosting its first fundraiser and costume party/contest (damn, it’s Halloween already?) on Nov. 1 at the Pyramid Scheme in Grand Rapids. Tickets for the 21-and-older event are $8 and doors are at 7 p.m. The WMCG is a political action committee that “works toward advancing cannabis-friendly policy so that West Michigan residents might enjoy the same safe access to medication as currently exists on the eastern and central areas of the state.” That means helping elect politicians who will do the same.

Tweet
Published in News
More in this category: « West Michigan Biz Beat: A Roundup of Openings, Closings and other Local Business News, October 2019 What's Going On: November 2019 »
Login to post comments
back to top