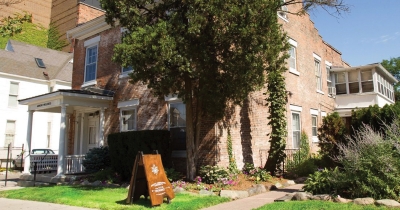 “Unfortunately, I think Michigan is going to become the national model of how not to roll out an adult-use program.”

These were the ominous and critical words of Robin Schneider, executive director of the Michigan Cannabis Industry Association, during a taping of WKAR’s Off the Record TV show in early December. They also neatly characterize the response by some in the industry to the state’s early weeks of recreational marijuana.

Earlier this year, the state decided to allow recreational cannabis sales on Dec. 1 instead of an earlier planned date in the spring. While this opened over-the-counter sales for adults, it has also strained supplies and spiked prices. Cannabis grown for recreational purposes won’t technically be available until after the first harvest cycle sometime this spring, so the state allowed a few dispensaries to set aside up to half of their medical marijuana supply for recreational sales. Prices for an ounce of flower were reportedly north of $400 in the first week.

State officials have said they moved up the first date of sales — which drew crowds of hundreds of people and hours-long lines in Ann Arbor — as a sort of soft opening for the industry, and downplayed concerns. In the first two weeks, recreational marijuana netted $3.1 million in sales and $515,000 in tax revenue. As of press time, six recreational dispensaries were operating: four in Ann Arbor and one each in Evart and Morenci. Others in Lowell and Muskegon are expected to be operating in the coming months.

Still, the rollout was met with high prices, quantity limits and shortages. Schneider rightly notes the early hiccups will simply send people to the “illicit market.” More broadly, she said the state should be further along at this point, telling Crain’s Detroit Business in an interview that state officials “botched this rollout.”

Many cities are taking a more cautious approach before allowing recreational sales. This includes Grand Rapids, where a delegation of city officials recently traveled to Denver to study the do’s and don’ts of recreational marijuana. According to a report in Westword, GR officials toured grow facilities, a social club, and a testing lab, while discussing zoning and land use issues with local officials there. Though no medical facilities have opened in Michigan’s second-largest city and recreational sites can’t apply for licenses until April 20 (!), hands-on learning from officials well-versed in recreational marijuana can only help.

As for products available in stores, uncertainty still surrounds marijuana vaping cartridges. In late November, state officials halted the sale of marijuana vaping products to expand testing for compounds that have been linked to fatal illnesses. In mid-December, officials issued a warning and recalled products across the state containing Vitamin E Acetate during testing.

Finally, in a move that caused Republicans and business groups to collectively lose their shit, the Marijuana Regulatory Agency proposed rules this past month that would require marijuana license-holders to secure a “labor peace agreement” with a union as a condition for a license. One state lawmaker called it “extortion,” while former Lt. Gov. Brian Calley called it a “racket” in a Detroit Free Press op-ed. Such agreements typically mean businesses agree to stay neutral on workplace unionization efforts, and state officials underscore the point that it’s not a requirement for unionization. As a state official told Crain’s: “This is a unique industry in which we’re trying to turn a very established illicit market into a regulated market and we want to make sure there’s no disruption to that market.”

Tweet
Published in News
More in this category: « West Michigan Biz Beat: January 2020 What's Going On This Month: February 2020 »
Login to post comments
back to top