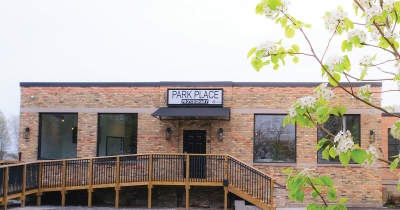 You know the stereotype: Burned out and overweight in the basement, playing video games, half-eaten pizza and bong on the coffee table. It’s an image long used to portray cannabis consumers as lazy and lacking ambition. It’s also the state of Michigan’s official strategy to keep kids off grass.

In late December, the Michigan Department of Health and Human Services unrolled a series of online advertisements — using $300,000 in federal grant funding — warning about the dangers of teenage marijuana use. One ad in particular features a man alongside his “future self” who’s unshaven, jobless and overweight. “Don’t let a high hold you back,” the ad warns.

The embarrassing campaign comes as Michigan’s recreational cannabis market comes to fruition, and finally in West Michigan where several retail options opened over the past month. Park Place Provisionary started recreational sales on Jan. 17, while Bella Sol Wellness Centers received its recreational license but is delaying sales as supply needs are met. Both are in Muskegon, while two others in
Battle Creek have also been issued recreational retail licenses.

As of mid-January, the state had approved 35 retailer licenses while 16 of those were making sales. The state had also netted nearly $1.7 million in tax revenue off of $10.1 million in sales. Estimates say sales could reach $1 billion when the market is fully matured, which we certainly hope drives down the outrageously priced options so far.

While the state is making progress on licenses, officials are taking steps to keep unlicensed stores from operating. In late December, state officials had been pressing popular website Weedmaps to stop advertising cannabis businesses that haven’t been licensed. Company officials have reportedly assured the state that as of the New Year, Weedmaps would require proof of a state license. Marijuana Regulatory Agency Director Andrew Brisbo has said the move would be beneficial for Weedmaps as regulated sales overtake the “illicit market.” Advertising or not, $120 quarter-ounces on the regulated market isn’t going to stop consumers from looking elsewhere.

Tweet
Published in News
More in this category: « West Michigan Biz Beat: February 2020 What's Going On This Month: March 2020 »
Login to post comments
back to top