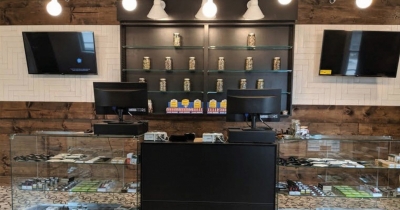 Surprising to no one, COVID-19 has ravaged Michigan’s economy. The unemployment rate hit 25% after 1.4 million residents filed jobless claims since mid-March. Revenue from income and sales taxes are billions of dollars below what was expected earlier this year. And consumer confidence is spooked, which means a full rebound may take at least two years.

But in one economic bright spot, the state’s cannabis industry is boomin’. Since December 1, a majority of recreational cannabis sales (60%) took place after March 9, state data show. This is due to the growing number of retail outlets in combination with their essential status under Gov. Gretchen Whitmer’s stay-at-home order in March. (Thanks, Big Gretch.)

State officials say $54.6 million in recreational sales took place between March 9 and May 10, which the Detroit News noted was more than $7 million a week in the past month. The state collected more than $15 million in excise and sales tax revenue as the number of retailers grew from 61 to 104 over the past two months.

Meanwhile, West Michigan’s population center continues to lag in getting in on the action. Grand Rapids elected officials have delayed for months just setting the rules for recreational stores, and the first can’t apply until at least mid-October.

Though three medical marijuana dispensaries are now operating, a recent flare-up — sparked by opposition from religious institutions — has prevented another entrepreneur from opening a store.

Tami VandenBerg, owner of Grand Rapids mainstays The Pyramid Scheme and The Meanwhile, was denied an opportunity by the city’s Planning Commission to open a store on the city’s South Side. She sought to repurpose a shuttered electronics store into a medical marijuana dispensary with a focus on hiring local residents. Even several members of the Planning Commission agreed VandenBerg was the ideal candidate.

But due to concerns from two nearby churches and a mosque that bordered on Reefer Madness hysteria, VandenBerg was denied the waivers she needed to open. She plans to appeal the decision, but the process showcased the cluster city officials — particularly the City Commission — has created for themselves. It’s as if Grand Rapids’ elected officials pay lip service to welcoming the cannabis industry, only to create rules that prevent it from flourishing.

Among the three medical stores in Grand Rapids, WZZM-TV ran a heartwarming story the week before Mother’s Day about Pharmhouse Wellness, whose owner, Casey Kornoelje, enlisted his mom, Patti, as a delivery driver. Though Patti reportedly once called the cops on her son for having some cannabis in the house as a younger man, she appears to be on board with his career path.

And now, for a tale of redemption: When I was a cub reporter in Lansing a decade ago, our office was located on Michigan Avenue, where several medical marijuana dispensaries had opened in those early years amid what can only be described as legal uncertainty. One of those stores was Capital City Caregivers, whose co-owner — Ryan Basore — was often willing to talk with the local media about his operation. Basore was also part of a cooperative growing facility in nearby Okemos.

In 2010, the grow facility and the dispensary were raided by the Drug Enforcement Agency. Following federal indictments and years in court, Basore was sentenced to four years in prison (he would serve three) for essentially violating federal law while complying with state law.

Basore, however, has bounced back. In mid-May, he launched the aptly named Redemption Cannabis Co. that will sell a line of cannabis flower in Lansing-area dispensaries. He’s also said 10 percent of the revenue will go to a newly formed nonprofit organization to support those who have been harmed by the war on drugs.