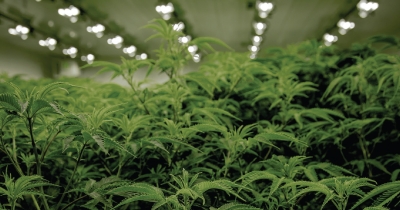 After months of deliberating over recreational cannabis — mostly involving where it should be located and equity in employment — Grand Rapids officials approved a plan in early July to fast-track medical licensees into the broader adult-use arena.

The fast-track program is part of the city’s new social equity policy that aims to employ more Grand Rapids residents, particularly those historically marginalized, in the industry. The policy gives incentives to and prioritizes companies actively promoting equity within the business.

It’s a worthy goal for multiple reasons: People of color have been disproportionately harmed by the failed drug war, and those incarcerated for cannabis-related crimes rightly and immediately deserve redemption.

Additionally — even without a single recreational retail store operating — Grand Rapids is a red-hot real estate market. Due in part to the City Commission’s own policies they are now trying to correct, real estate prices for cannabis-eligible properties have skyrocketed. That quickly limits locals’ ability to invest, as major out-of-state companies seize control of the market.

It appears the city’s effort addresses both issues, but I remain skeptical about it working as planned. However, it looks like recreational cannabis stores will be opening in Grand Rapids months sooner than expected. And while it’s grown increasingly easier to have recreational products delivered or bought in nearby communities, if nothing else this will ensure the city realizes more tax revenue.

Those nearby communities, indeed, are outpacing Grand Rapids. New recreational stores have opened this month in Muskegon Township, Buchanan, Ionia and Edmore. It adds to stores elsewhere in the region, both rural (Grant, White Cloud) and urban (Muskegon, Kalamazoo, Battle Creek).

Despite this steady growth, industry officials still see roadblocks in supply shortages and relatively few municipalities opting in to allow the adult-use industry, according to report in Marijuana Business Daily.

Compared to medical cannabis, there’s far less variety of recreational flower, concentrate, and edible options — leading to high wholesale and retail prices. Some speculate it could take years for supply and demand to level off, though state officials say retail prices are starting to decline. MLive reported that recreational flower averaged $516.12 per ounce in December 2019, while it’s just below $410 now. At the time, medical and recreational companies were licensed to grow a combined total of 511,500 plants across the state.

Meanwhile, a fair number of local governments have barred recreational businesses from operating. According to the state’s Marijuana Regulatory Agency, only 60 municipalities have opted in compared to 1,419 that opted out. State officials have reportedly said those numbers can be misleading, as many yet are taking a wait-and-see approach as opposed to a stubborn prohibition.