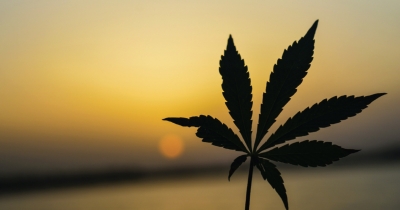 The long, slow slog through the coronavirus pandemic stands in sharp contrast to Michigan’s activity in the cannabis market this summer. As an “essential” business under orders from Gov. Gretchen Whitmer, the state’s recreational market, in particular, is rapidly expanding with booming sales and new business activity.

Just look at the numbers, reported recently by the state’s Marijuana Regulatory Agency: Weekly recreational sales by early August exceeded $14.2 million, while medicinal sales were close behind at nearly $12.4 million. That compares to $1.8 million in recreational sales in the first week of January.

As Crain’s Detroit Business noted recently, this is happening for a variety of reasons. For one, there are simply more recreational stores — nearly 100 have now been approved. Meanwhile, officials say the pandemic has had noticeable effects on spending habits, in some cases freeing up discretionary spending while also flushing out the illicit market via regulated products. “It’s all of these factors coming together at once that’s moving the needle,” Marijuana Regulatory Agency Executive Director Andrew Brisbo told Crain’s.

The Detroit-based business publication also broke news this past month that the MRA was planning to rescind a statewide rule requiring recreational cannabis companies — growers, processors, retailers — to first obtain a medical license. While state officials have backtracked and said a final decision hadn’t been made, the thinking behind lifting the restriction a year early was to allow more companies to access the recreational market without first having to go through the medical licensing process. In effect, cities that allow recreational businesses would extend opportunities to more licensees and resolve equity concerns over who accesses the market.

But not everyone is on board. Exclusive Brands — a Michigan-based vertically integrated medical and recreational cannabis company known for brands Kushy Punch and Concentrate Kings — said the “green rush” could “starve the medical market.” While there are obvious competition concerns for already established companies, some experts are skeptical it would really make much of a difference, given the relatively small number of cities that are allowing recreational stores as well as restrictions on how many will be able to operate there.

We’ll likely know more in the coming weeks what the MRA plans to do, but Brisbo maintains the state is leaning toward removing the requirement. If it accomplishes what the MRA says it would — increase access and supply while slowing the illicit market — the sooner the better.

As for already-licensed companies, it’s business as usual — which is to say: booming. Lume Cannabis Co., with bold retail and growing expansion plans across the state, disclosed recently that it’s partnering with Native American tribes to develop dispensaries on tribal land. It’s a potentially significant business move for both cannabis companies and tribes’ economic development agencies since tribes don’t fall under the jurisdiction of state law. It’s also a slightly gray area, though state regulators are playing ball and will license businesses if they’ve been approved to lease the tribe’s land. Though a potential economic development tool, one official with the Sault Ste. Marie Tribe of Chippewa Indians recently told MiBiz: “It’s a politically charged topic” within the tribal community.