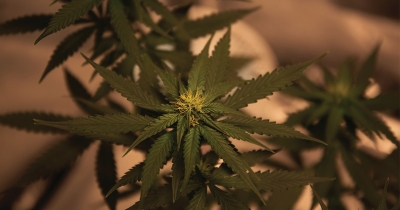 An emerging front in Michigan’s cannabis industry is unfolding, as some of the state’s federally recognized Indigenous tribes pursue business opportunities in the nascent sector.

The first involves at least two tribes — the Sault Ste. Marie Tribe of Chippewa Indians and the Little Traverse Bay Bands of Odawa Indians — that plan to lease tribal land to private, for-profit and state-licensed cannabis companies. It allows the tribes to act as landlords while also attracting business if surrounding municipalities opt out of the recreational market. The state Marijuana Regulatory Agency has given these plans its blessing, saying it won’t interfere.

The second, however, is far more complex. Bay Mills Indian Community — based near Brimley, a roughly 20-minute drive west of Sault Ste. Marie — is planning to go it alone with a vertically integrated (grow, process, sell) cannabis business that would exercise tribal sovereignty and operate fully outside of the state’s regulatory and tax structure.

The state, apparently, isn’t on board. Multiple media reports suggest a strained relationship between Bay Mills and the MRA — or at least one in which the MRA has ignored the tribes’ concerns.

Bay Mills’ project, made slightly more complicated because cannabis remains illegal at the federal level, has unveiled a complex seam between state law and tribal sovereignty. Tribes in a few other states have negotiated cannabis compacts similar to casino gaming, which some Michigan tribal experts say would be an ideal path here. Such compacts tend to spell out issues involving revenue sharing and oversight. Bay Mills’ public claims about the state’s indifference, though, are concerning. Tribal sovereignty is trampled on repeatedly and treated as an afterthought — the state has an obligation to be thoughtful as new opportunity unfolds.

In addition to exercising tribal sovereignty, cannabis represents a new economic development tool — even more crucial, as the pandemic has shown — that others in the state are rapidly capitalizing on. MRA Executive Director Andrew Brisbo has reportedly said Michigan’s recreational cannabis market is “growing exponentially” and that it has a $3 billion market potential. In July, for the first time, recreational cannabis sales exceeded medical sales, even though there are almost twice as many medical stores as recreational stores.

As we’ve reported several times in this column, some areas of West Michigan aren’t shying away, either. Kalamazoo and the neighboring Battle Creek area combined have issued dozens of recreational and medical retail licenses, Muskegon is considering plans to expand the size of its designated weed retail districts, and Grand Haven recently held a lottery to permit — albeit only medical — dispensaries.

One industry analyst recently told Detroit Metro Times the “explosive growth” is second only to California, due in part to the maturation of the medical market here — and also because Michigan has a diverse customer base. The state would be wise to ensure diversity in its supplier base as well. A good start would be in acting as a partner with, not a barrier to, tribes.

Tweet
Published in News
More in this category: « Biz Beat: October 2020 How to Keep West Michigan Alive »
Login to post comments
back to top