Spain Above the City 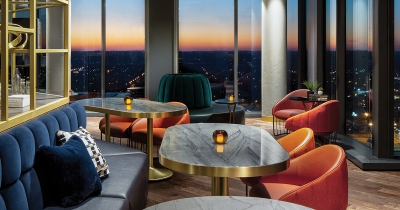 MDRD, a Spanish restaurant perched on top of the Amway Grand Plaza, opened in February. The community responded quickly, filling reservations for weeks out.

On a recent evening, I showed up in hope of a bar seat, and was told the wait might be an hour or more. I opted for Popeye’s instead (the spicy chicken sandwich: still delicious) and resolved to try again soon.

I got lucky on my second attempt: a bar seat was available. The hostess led me to the elevator, which opened on the 27th floor.

I moved through the lobby playing loud Spanish music, and into the bright, open dining room. Above the bar were shelves holding expensive liquor — just looking at the bottle of Johnnie Walker Blue hurt my wallet — as well as herbs and glass decanters. The overall effect was warm and modern.

The bartender poured me a Bramble (whiskey, gin, egg whites, and more). Using a tiny clothespin, he affixed a sprig of rosemary, then singed it. The resulting cocktail was creamy and delicious, with prominent blackberry notes. Sipping it, I lost myself in the view. 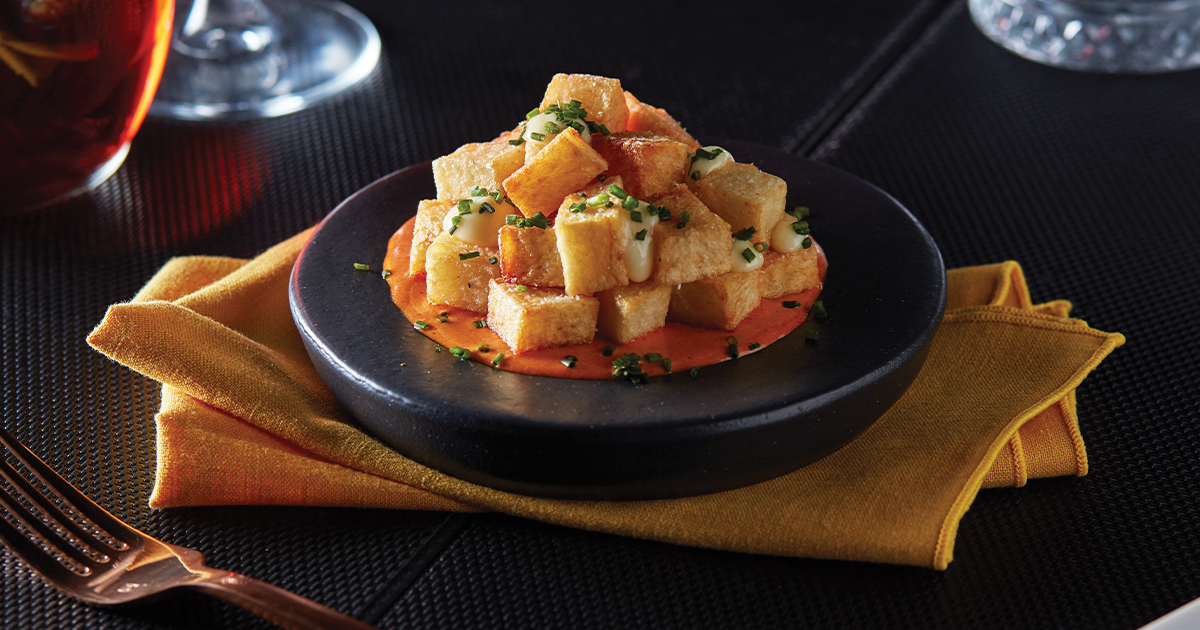 As with Cygnus 27, the restaurant it replaced, MDRD takes full advantage of its large windows and great height. My seat looked out over the highway and beyond to a mass of green. Unlike Cygnus, there is nothing dated about the décor; the space has shaken free of its former aging stiffness, and given its diners space to breathe.

My only complaint was that, given the small size of the plate, it was difficult to cut into the wedges without scattering herbs and pistachio crumbs onto the table; then again, delight might have made me clumsy.

The patatas bravas were nearly too pretty to eat (although I managed). On a base of salsas bravas, cubed potatoes were arranged in a loose architecture, like blocks meant for children to climb. Small pats of aioli were carefully placed, and finely chopped chives added green.

It tasted good enough that I laughed out loud, probably startling the bartender. Crispy on the outside, creamy on the inside, and perfectly seasoned, they put other potato dishes to shame, and other restaurants. Remembering sides of limp, greasy fries I’ve had at high-end restaurants, and the mayonnaise I was meant to dip them in, I saw the patatas bravas as a sort of dropped mic: a triumph of craft and a challenge to pretenders.

A small dish of house-marinated olives came, rich and bearing a subtle spice. But it was time for the main dish: Cochinillo Asado, described on the menu as “roasted Iberian pork belly, romesco sauce, arugula, fig, and radish.” Iberian pigs, only found in part of Portugal and Spain, are prized for their flavor. According to Wikipedia, they exhibit “a good appetite and propensity to obesity.” Me, too.

Expertly roasted, the pork belly had a crisp, well-salted and golden-brown crust, creamy fat, and tender meat. Before reading further, make sure you’re seated and have someone who can provide medical aid on standby. It was better than bacon. And it should have been; when you’re cooking something as rarefied as Iberian pork, you should honor it. MDRD did. 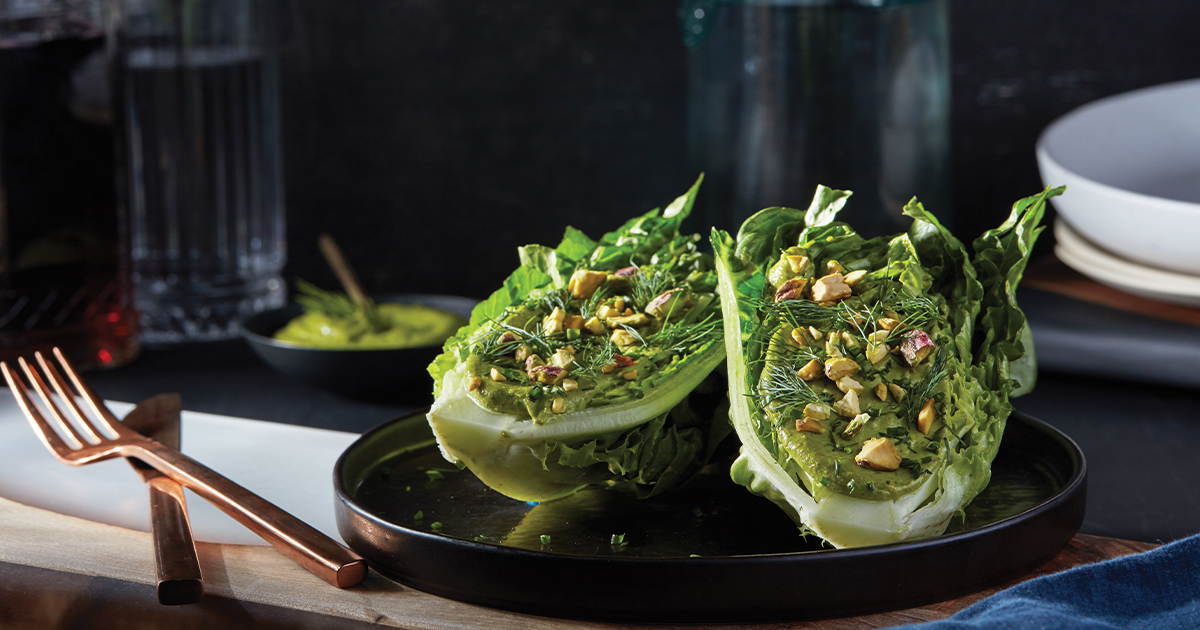 My bill came, and with it a small, teardrop-shaped chocolate with swirls like a marbled page, filled with white-chocolate ganache and blood orange flavoring. It had been handmade by the pastry chef (who is not exclusive to MDRD but shared among the hotel’s restaurants).

I highly suspect MDRD will be busy for some time to come. In part, that may be due to its newness, and it may be due to pandemic-related seating restrictions. But it will also be because people will tell their friends and family that the food is delicious, and memorable, and made with attention and care. And even if it slows down enough to find time for vowels, MDRD will almost certainly remain among the very best restaurants Grand Rapids offers.

Tweet
Published in Dining
More in this category: « Juice, Veggies, Community Cubi Market: Meeting You in the Middle »
Login to post comments
back to top