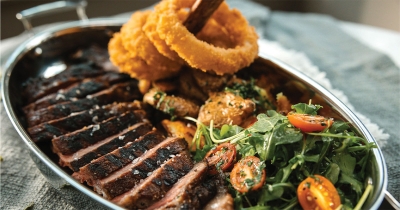 Over the past year, some incredible restaurants and breweries have opened that we hope are here to stay, forever. Sadly, we’ve also lost a few beloved West Michigan establishments due to pandemic struggles and staffing issues.

While not fully comprehensive, here’s a list of just about every local eatery that’s opened and closed since this time last year.

K-ROK Korean BBQ & Karaoke is now open in every way, offering a full menu, self-cooked Korean BBQ, and private karaoke rooms. The restaurant from the owners of Emonae opened at 169 Louis Campau Promenade in downtown Grand Rapids, across from Z’s. Call ahead to reserve a private room and eat, drink and sing the night away.

Shift Coffee + Culture is bringing specialty coffee and a variety of waffle creations to the west side after opening at 616 W. Fulton St., Grand Rapids. Stop into this minority-owned business for an alternative vibe and treats like a S’mores Latte and The Shannon, a waffle with apples, granola, cinnamon and icing.

Curry Kitchen GR moved away from 28th Street, now located in a clean and modern space (with alcohol!) in Radisson Hotel Grand Rapids Riverfront. Order their delicious Indian food for delivery or stop in to the new space at 270 Ann St. NW, immediately off the highway exit.

The Mitten Brewing Company expanded its footprint with the Mitten Pizza Co. in Rockford, now open at 6051 Belding Rd. NE. Stop in for long-established fan favorites like the Westerdog, a chili-cheese dog pizza, or Curse of the Goat, with house sausage, goat cheese, peppadew peppers and basil. Plus, keep an eye out for a future collaboration with Amore!

Café de Miro is an excellent Kurdish-style Mediterranean restaurant in Breton Village, and has now expanded to the Downtown Market at 435 Ionia Ave. SW, Grand Rapids. The eatery offers gyros, salads, falafel, baba ganoush, and much more flavorful food. For those missing the likes of Marie Catrib’s, this is your new lunch spot.

Wahlburgers joined downtown as well, moving in at 10 Ionia Ave. NW, Grand Rapids, sitting on the ground floor of the new Residence Inn by Marriott. This restaurant chain was started by the Wahlburg brothers and has seen resounding success thanks to impressive burgers like the O.F.D. with two beef patties, swiss cheese, bacon, sauteed mushrooms and tomato jam.

Bobcat Bonnie’s arrived from across the state in Breton Village, at 1968 Breton Rd SE, Grand Rapids. This beloved Detroit restaurant is known for a fun atmosphere, one-of-a-kind drinks and damn good food. Head into the Grand Rapids location for incredible tots, burgers, sandwiches, comfort food and more — not to mention brunch with legendary Bloody Mary and mimosa bars.

Crown and Cork at 502 W. Loomis St. is located in the former P.M. Steamers restaurant overlooking Pere Marquette Lake. Crown and Cork has a relaxed vibe with unique menu items like beer-battered cauliflower; salt-roasted beets with fresh honeycomb, goat cheese, and arugula; and jumbo shrimp & grits. The restaurant serves dinners and happy hour and features live music, from dueling piano players to jazz. We’ll see you in the spring season!

Portico joined the downtown dining scene at 131 Ionia Ave. SW, Grand Rapids — also known as the Canopy by Hilton. This restaurant utilizes the talents of local chef Trimell Hawkins to create an impressive blend of American and French cuisine, such as Cornish Hen & Cornbread, with velouté, bacon lardons, a savory cornbread dressing, and topped with an arugula and grannysmith apple salad. It’s a modern experience right downtown, following in the footsteps of sister restaurant Knoop Rooftop Beer Garden. 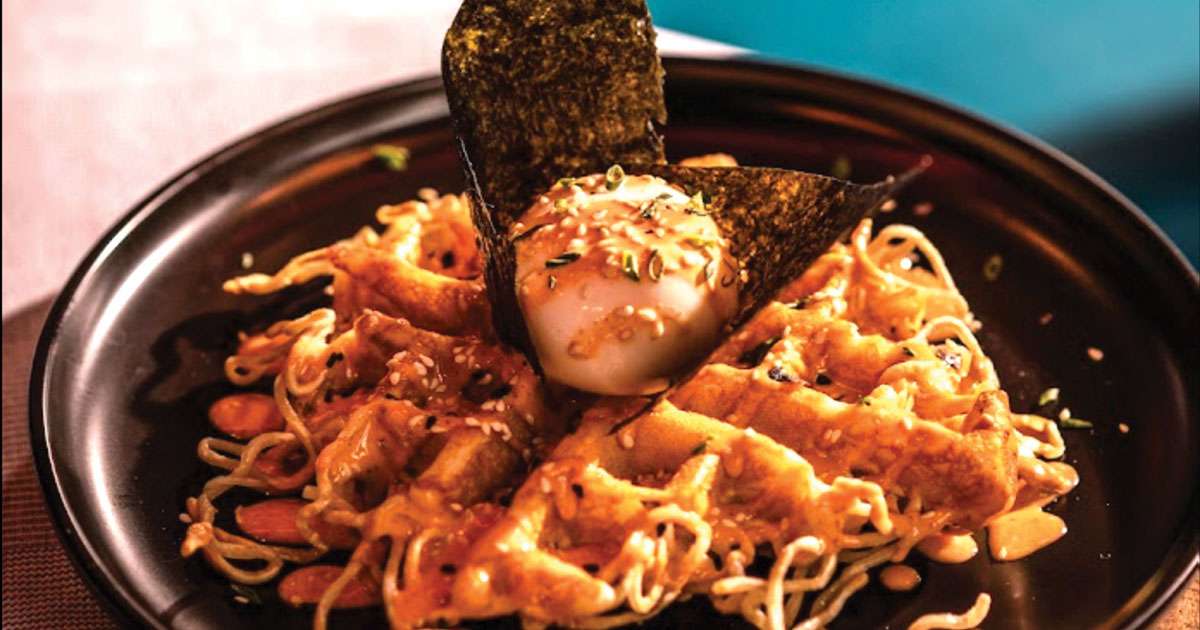 Social Misfits (pictured above) opened on the ground floor of the new Residence Inn by Marriott, at 43 W. Fulton St., Grand Rapids. This eatery welcomes all — the weirder, the better. The menu focuses on the kinds of waffles you’ve never had before, like the Yasuke, with ramen, soft-cooked egg, scallion, furikake and gojuchang aioli. They also have sweet options, “normal” food, and top-notch coffee/cocktail drinks.

Tamales Mary is a long-beloved food truck, taqueria and tamale restaurant, now with a second location in Eastown at 1551 Wealthy St. SE, Grand Rapids. There’s a number of unique tamale options, from spicy chicken to bell peppers & cheese, and even strawberry!

Pux Cider opened its taproom at 311 Fuller Ave. NE, Grand Rapids. Pux has been making and distributing delicious cider for years, but the tasting room gives a place to gather. The ciders cover a wide range of flavors, including the Pomander, an orange-liqueur soaked bourbon barrel cider with clove. Or try the Minty, with Earl Grey tea and mint leaf. These ciders aren’t sugar bombs — they put the fruit in the spotlight.

Café Mamo, a cute little spot at 1601 Plainfield Ave. NE, Grand Rapids. The food menu is best described as ethical, local, delicious, American cuisine — all inspired by grandma’s garden. The wine menu is managed by a professional sommelier, so you know it’s the good stuff!

Adobe In & Out Leonard