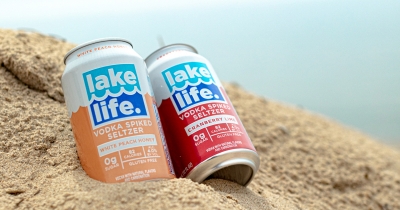 Light, refreshing, fruity — seltzer has taken the world by storm.

As much as West Michigan loves beer, sometimes, you just want a drink that doesn’t weigh you down but still gets you buzzed. Seltzer tends to have lower calories and less carbs for the same amount of alcohol, and the important part is: It tastes good, too.

Breweries and distilleries all around are making their own craft seltzers in a variety of ways, whether it’s with vodka, beet sugar, agave nectar or malt. Here’s just a sampling of what might be available at your local craft beer store.

New Holland’s new seltzer line uses their Lake Life Vodka to create an extra sessionable, gluten-free beverage, at only 82 calories, with 0 grams of sugar and 4% ABV. Plus, they’re unique flavors including Peach Honey and Cranberry Lime. It’s basically a super light, portable cocktail. “Guilt free, care free” as they say — not that we think you should feel guilty for anything you drink responsibly.

Perrin was one of the first places out of the gate with craft seltzer, branded as Clear Coast with three flavors: Mango Guava, Mixed Berry, and Watermelon Lime. It’s gluten-removed, 5% ABV, and expertly balanced between fruit and seltzer. This is an always solid, reliable choice.

Short’s Brewing likes to play hard to get, putting specialty bevs exclusively in large variety packs — or at least, that’s the only place we could find their Soft Parade Seltzer, in the Short’s Refreshin’ Session pack. As you’d expect, this seltzer comes with raspberries, blueberries, strawberries and blackberries. Coming in at 5.5% ABV and 95 calories, our only qualm is that we can’t buy this in 30-packs.

Speciation has been rolling out a new seltzer flavor every month, such as the currently available Skyhook, brewed with Michigan beet sugar, real pineapple and hibiscus. They take no shortcuts, using real fruit, and the flavor comes through. The ABV varies as well, but the seltzer always tastes light, natural and delicious. Order some online or head to their new taproom on Wealthy if you can’t find any cans near you.

Coming in packs with Mango, Cherry and Lime, this “spiked sparkling water” is  just 5% ABV and 100 calories.

A few places around aren’t distributing their seltzer just yet, though you may be able to get it to go in a crowler or growler.

City Built Brewing has its 6th Street Seltzer, which comes in at 5.8% ABV and can be mixed with a variety of syrups for different flavors. ‘

TwoGuys Brewing takes a similar approach, with seltzer coming at 7% ABV with only 70 calories, before you add in one of nearly 30 house-made flavored syrups — such as vanilla, caramel, pomegranate, coconut and guava.

Tweet
Published in Libations
More in this category: « BOTW 2020: Nightlife & Activities Cocktails On the Go »
Login to post comments
back to top