How to Find the Brew for You 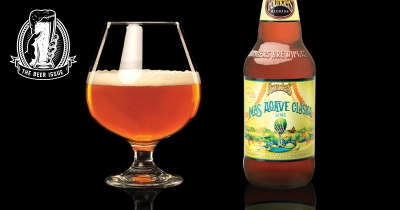 Believe it or not, there are plenty of people in West Michigan—yes, even in Grand Rapids, a.k.a. Beer City—who still haven’t found the beer for them.

Hopefully, if you’re reading this, you’re one of those people. We just want to say to you: Don’t be scared! Beer comes in so many different styles, you could hate IPAs and still love stouts or fruited sours.

With so many different kinds of beer on the shelf, we want to help you out with this quick guide that hopefully will help you find the brew style for you.

This is the perfect entry to craft beer, the most straightforward style, not hoppy at all but very malty, with a touch of sweetness.

Also known as IPAs, this style heavily features hops, which can range anywhere from juicy to floral, earthy, citrusy, or super bitter. If you want a drink that packs a punch in a number of ways, grab an IPA. If you want something more approachable, go for a juicy New England IPA.

Porters are a dark beer that tend to have a coffee and/or unsweetened chocolate flavor, perfect for those who drink it black.

Stouts are dark beers that come in all sorts of styles, from dry stouts to milk stouts to oatmeal stouts to super wild chocolate-hazelnut-cinnamon-ice cream stouts. On a cold day, grab one of these and you’ll warm right up.

Barrel aging blew up with whiskey-aged stouts, but now you can find rum-aged ales, tequila-aged sours and more. If you like liquor, enjoy the complexity of a barrel-aged brew.

On the most basic level, saisons are pale ales made with fruit and spice, and they have a good amount in common with wine, including the subtle flavors lingering below the surface. They also make a great base to add floral stuff in like lavender, chamomile, whatever!

Very similar to saisons, wheat beers are light and refreshing and often citrusy. Go ahead and drop an orange slice in there—it can’t hurt.

Sours can be incredibly complex, subtle and funky, especially if they’re brewed using wild yeast. They can also be a total sucker punch (or rather, pucker punch) to the mouth, like Warheads candies, and those are great to—especially if you don’t like beer.

This style has blown up lately in a big way, as brewers learn an easy way to make great beer is to use a ton of fruit. Who doesn’t like juice?

Tweet
Published in Libations
More in this category: « Best Beers of 2022 Cocktails and Beer »
Login to post comments
back to top