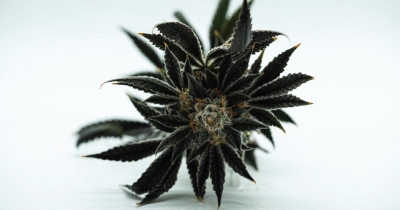 Over the past year, Kalamazoo, Battle Creek, Lansing, Ann Arbor and Bay City have led the way into retail recreational cannabis, opening their cities to the economic and social benefits of safe access to regulated supplies.

In the coming months, the state’s second largest city and West Michigan’s population center may be joining the ranks. Grand Rapids has now approved licenses for three recreational dispensaries, including Fluresh, which became the first to operate in the city in late October.

But perhaps more astonishing — for a city that has slow walked its way through regulations despite strong local demand — is what’s ahead. City officials say based on the number of retail medical licenses approved that could transition to recreational, along with standalone stores, the total number of retail recreational licenses could top 28 by March.

While it’s unlikely that many stores would be operating by then, simply because of market saturation and high upfront costs to launch a business, it’s an almost shocking number for Grand Rapids, where NIMBY neighborhood organizations and faith-based groups have maintained a not-so-quiet opposition to the industry.

Another aspect of Grand Rapids’ growth to watch is its social equity program, which prioritizes applicants affected by prior cannabis convictions, those factoring diversity and equity in hiring, and local ownership. Just one company — Pharmhouse Wellness — has applied under the program and has been approved for recreational retail sales. Pharmhouse owner Casey Kornoelje, who’s hopefully the first of many more to apply, told MiBiz last month: “It truly is ironic. Every day I wake up and basically pinch myself because I can’t believe that what I’m doing now for a living previously put me in handcuffs.”

Kornoelje’s success reminds me of Ryan Basore, the founder of the Redemption Cannabis brand and a pioneer in Michigan’s cannabis industry. Basore was part of a seven-person medical marijuana growing operation in Okemos in 2010 when the group’s facility was raided by the U.S. Drug Enforcement Agency. They were prosecuted under federal law for doing what was essentially legal under the state’s medical marijuana law. Basore spent several years in federal prison before being released in May 2015.

After his release, Basore worked behind the scenes as a consultant for cannabis companies and as an advocate behind Michigan’s 2018 recreational cannabis ballot initiative, and has advised Attorney General Dana Nessel on cannabis policy.

Now, Basore is helping others in his prior situation. In October, the Redemption Foundation (the nonprofit arm of the brand) partnered with the Denver-based Last Prisoner Project to raise $30,000 in support of people formerly or current in prison because of marijuana-related offenses.

Basore told me recently he’s seen a fascinating evolution in Michigan over the past decade, with a growing number of conservative lawmakers backing criminal justice reforms involving cannabis and top state officials — particularly Nessel and Gov. Gretchen Whitmer — lending their vocal support for the industry.

It’s been a long time coming, but the seeds planted by those like Basore and countless other cannabis reformers are bearing fruit, both in West Michigan and across the state.

Tweet
Published in Cannabis
More in this category: « Debunking Cannabis Myths Beginner's Guide to Edibles »
Login to post comments
back to top