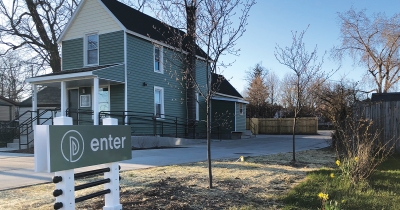 Two stories have emerged over the past two months to suggest that Michigan may finally — slowly but surely — be taking steps to right the wrongs of the decades-long War on Drugs.

On Dec. 22, Gov. Gretchen Whitmer announced she would commute the 42- to 62-year prison sentence of Michael Thompson, the 69-year-old Michigan resident who’s been serving time since he was convicted of selling three pounds of marijuana to an undercover informant in 1994. The move makes Thompson — who cannabis reform advocates have held up as a poster child of sorts for those harmed by harsh cannabis policies, particularly in communities of color — immediately eligible for parole.

More than three dozen cannabis companies in recent months had raised money to push for Thompson’s release. As Ryan Basore, CEO of Redemption Cannabis, rightfully noted: “Mr. Thompson was effectively sentenced to life in prison for selling what is now a legal product, so we are glad that Gov. Whitmer has listed to reason and will allow him return to his family after decades of unjust imprisonment.”

Whitmer also commuted the sentences of Lawrence Cadroy, Lorenzo Garrett and Larry McGhee, who had each served 16 to 21 years of decades-long prison sentences.

Meanwhile, a Grand Rapids dispensary that recently started recreational sales has gotten widespread press coverage. Casey Kornoelje, owner of Pharmhouse Wellness on Grand Rapids’ west side, holds the distinction as the first local owner of a dispensary in the city. Kornoelje is also among the first to benefit from the city’s social equity program, giving cannabis business owners a leg up if they’ve had prior convictions. Kornoelje had a felony charge for manufacturing narcotics in Grand Rapids in 2001. He told Detroit Metro Times that the charge “stuck with me throughout my life,” and that re-entering the workforce brought wage discrimination, hiring discrimination and on-the-job counseling and reprimanding.

While Kornoelje lamented the ever-increasing cost to get in the cannabis business, he says he appreciates the city’s effort.

And now some closing numbers from Michigan’s first full year of recreational cannabis. Adult-use sales totaled $510.7 million which, when combined with $474 million in medical sales, created a nearly $1 billion industry in Michigan. December boasted the highest amount of monthly sales for the year.

Tweet
Published in Cannabis
More in this category: « The ABCs of CBD
Login to post comments
back to top 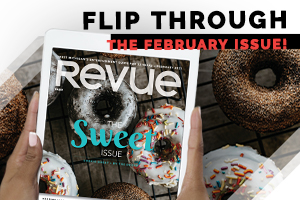