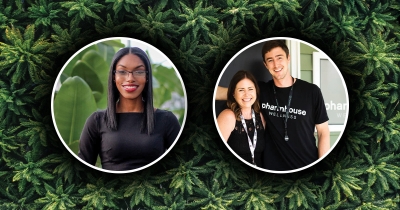 Where there’s smoke, there’s flame, and cannabis legalization has lit a fire in the hearts of those looking for change.

Legalization has changed lives, including my own and even Revue’s. It’s created jobs, developed taxes, saved people from jail and helped the country move toward normalization. This is a historic movement with a positive impact on the world. Quite frankly, we have plenty of reasons to sit back and light up.

Yet, we haven’t reached the finish line. People are stuck in prison for doing something that is now legal, white people still own a vast majority of the industry, and federal law hinders research and funding everywhere.

However, there are plenty of people who have been fighting for progress from the start, and they’re not done yet.

Two years ago, Denavvia Mojet launched the Black & Brown Cannabis Guild to help fight for equity in the industry, specifically starting with expungement. With cannabis becoming legal, the guild wanted to do whatever it could to help clear criminal records (a.k.a. expungement) and get people out of prison.

Back in 2019, Mojet and the guild got Grand Rapids to proclaim an Expungement Awareness Week every September. Over time, the guild has grown and built connections with legislators, helping to craft more equitable law.

As part of their work, the Clean Slate bill package will go into effect this month, April 11. This slowly sets up an automatic process for expungement, allows for even more people to be eligible for expungement, and groups together most offenses that all happened on the same day — dubbed the One Bad Day bill.

The guild is made of a diverse coalition working with other organizations to help people earn jobs in the industry, apply for expungement with an actual attorney, get proper licensing and more. Up until recently, only 6% of people in Michigan successfully navigated expungement due to the complex process and steep fees. Soon, that should change.

“The Michigan market still leaves a lot to be desired, but I’m hopeful,” Mojet said. “I believe we’re in the room with people who really want to see these changes come to fruition.”

Many people suffered before legalization, and many have thrived since — Casey Kornoelje has a foot in each camp.

Today, Kornoelje owns Pharmhouse Wellness, the only fully local provisioning center in Grand Rapids. But nearly 20 years ago, while growing out of his bedroom closet in Alaska, he received a felony for possession while still in high school.

That charge changed his life. He was declined from the armed services as a helicopter pilot after getting a ways into the process. He was turned down from job after job following college, and when he finally did land one — many years after his conviction as a teen — he had to go through workplace counseling and suspects his wages were stifled due to lack of competition.

In fact, believe it or not, the charge nearly cost him his cannabis licensing process, coming down to a 3-2 vote. “It’s the strangest thing, that somebody who is applying to have a marijuana business could be declined because of marijuana history in the past.”

Before recreational was on the table, Kornoelje became a caregiver with an aptitude for helping his six “patients” using medical marijuana. Eventually, he decided to take the plunge, joining the burgeoning industry with a retail business.

It cost him everything — in a way. A lifelong saver, he sold his small farm and his home, cashed in his 401K, burned through his personal savings, and “just barely rounded home plate” by drawing every line of credit he could. Remember, federal law makes typical business loans nearly impossible for cannabis, so without outside capital, this is the only way into the industry.

Luckily, the bet has paid off. Even though Grand Rapids relegated its cannabis industry to the edges of the city, Pharmhouse is doing well thanks to quality product, great customer service and being fully local.

Less than 4% of cannabis licenses in Michigan are held by Black people, and only 1.5% are held by people who identify as Hispanic or Latinx. Considering the ban on cannabis has its origins in racism and controlling minorities, you’d hope to see legalization at least bringing about equity, if not reparations as well.

“Regardless of what our commitment is to law and order, we have to be able to acknowledge that some laws never should have been passed,” Mojet said. “In reconciling with that dark history, we need to make sure the people we’ve created as casualties of this war on drugs, these people are free.

“There are families waiting for them to get back who need them.”

There are people still in jails across Michigan at this very moment because they were paying their bills with marijuana money, while the state itself collects millions of dollars in taxes from the new industry to pay its bills.

For Korneolje, one of the biggest issues is how difficult it is for caregivers or other cannabis enthusiasts to actually enter the industry. “The real barrier to entry in the market is not even getting a license; it’s really gaining local zoning approval and acquiring land use rights for property. And then it’s holding onto that property until you can get it approved by the city. So there’s a substantial upfront cost.”

Patrick Frakes of Rair experienced his own issues with the Grand Rapids application process. He and his team love the city, but realized it would take finding loopholes and stretching the truth to gain approval, and of course they would never do that. “So yeah, we do hope to be in Grand Rapids at some point, but we’re just going to do it the right way and organically get into the city, hopefully with another opportunity as the system grows there.”

“Until there is a hard look at zoning considerations for smaller operators, I think it will be a tough hill to climb,” Korneolje said. “And you’ll continue to see a concentration of ownership among well-funded and corporate-backed operators, simply because that is the barrier to entry.”

It’s not that Korneolje (or Revue) believes corporate-backed and multi-state operators are “bad.” In fact, we feature many of them in this issue! But an equitable industry of any sort allows for people of all kinds to enter and compete, and if justice is the goal, we’d be using this as an opportunity to make amends — with funding, jobs, expungement, whatever it takes — to those we’ve harmed.

At the moment, the idea of “social equity” is a common phrase, but clear guidelines aren’t present. Words need to lead to action, meaning real policy with quantifiable goals. Beyond the obvious impact, larger operators taking a more aggressive stance on equity would certainly help with local politicians’ distaste for out-of-area operators. “We would destigmatize this industry and this plant so much faster,” Mojet said.

For now, you can help by pushing for actual change, following organizations like the Black & Brown Cannabis Guild, and supporting those in the industry who do it right. And while you’re at it, feel free to have a celebratory joint.

“We should be celebrating that patients have access to cannabis now, and people with cancer and epilepsy and so on, they’re going to get help,” Mojet said.

“Nothing takes away from the fact that I love where we are as a state. But I think we should be able to walk and chew gum. I should be able to say I love the Michigan marijuana market, and we still need to do better by cannabis prisoners.”

Tweet
Published in Cannabis
More in this category: « In Rare Form Reap What You Sow »
Login to post comments
back to top