Bands to Watch in 2019 Featured

With 2018 behind us, it’s time for a fresh start. West Michigan is full of musicians to watch, whether they’re just beginning their careers or planning to take it to another level in 2019. Here’s our guide for acts to keep an eye — and ear — on in the coming year.

He’s last of a dying breed and perhaps the future of Grand Rapids’ hip-hop scene. Rapper Shabazz GC, a.k.a. Andrew Malik George, already has an impressive resume, having opened for stars like Post Malone, 21 Savage, A$AP Ferg and Arrested Development. Crossing eras and styles, his music is cross-cultural and cross-generational, speaking directly to the heart of what’s true. Shabazz is just getting started, having starred in a short documentary film about his rise thus far and now working on a new video for his forthcoming project, The ’90s Ain’t Dead.

FADE
Rather than disappear from the limelight when her former group — the popular Grand Rapids electronic duo PARTS — decided to go separate ways, vocalist/multi-instrumentalist Marley Ferguson has struck out on her own as FADE. Her new journey is already off to a bright start with the release of her debut EP late last year. The sonically somber set exudes the sort of hypnotic synth-pop fans of her past group will immediately latch onto, while newcomers will soon get hooked on her melancholic mix of melody and mystery when she hits the road this January. 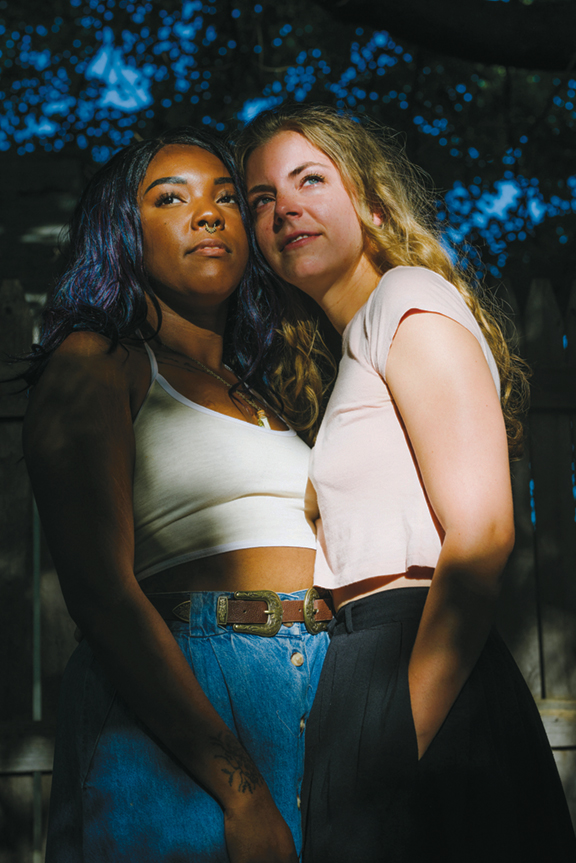 okaycool
Distorted, grungy and gritty, okaycool is a female-fronted band composed of Alana White and Maddi Smith. Only a few months old, the duo has a clear vision for their “soft pop grunge” sound. Wailing vocals powered with angst and sweet sing-song harmonies spin out over vigorous guitar strums, leaving you room to headbang, dance or sway the night away with okaycool’s tunes. The group has yet to release recordings, so be sure to keep up with them online to catch the next show.

Flats Stanlie
Rising electronic producer/DJ Flats Stanlie, a.k.a. Kollin Houghtaling, had an absolutely scorching summer in 2017, hitting the stage at popular dance music festivals like Electric Forest and Sonic Bloom. In 2018, he leveled out to focus on making new music, rattling fans with eerie effects and explosive bass on his Halloween-themed EP, Form, before returning with a blistering set at the Breakaway Music Festival. Now, he’s set to make 2019 the year he blasts into the stratosphere.

LeLand Blue
LeLand Blue is making a splash in the West Michigan music scene with feel-good, outdoorsy tunes. Inspired by nature in the Great Lakes State, the band produces electric guitar-driven originals with a clear and clean finish. Simple vocal melodies accompany rhythmic riffs and pocketed beats that are a perfect accompaniment to your morning cup of coffee or a drive down the coastline of Lake Michigan. 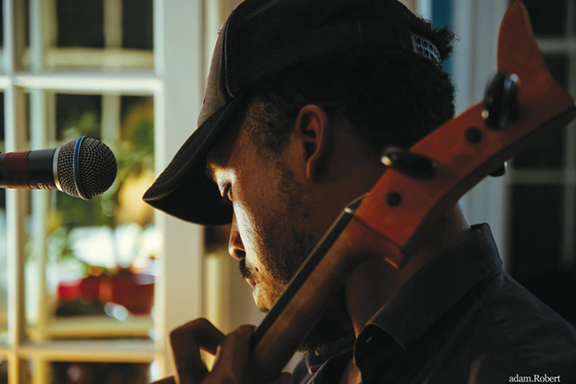 Jordan Hamilton
How many artists can count themselves as part of the area’s fastest-rising hip-hop collaborative AND one of the area’s preeminent classical ensembles? Only one name comes to mind, and that’s the immensely talented Jordan Hamilton. A trained cellist and Western Michigan University Graduate, Hamilton displays a mix of mastery and maverick musicality that has no equal in our music scene. While he continues to work with Kalamazoo’s Last Gasp Collective, look for Hamilton this year to release his debut LP, My Thoughts/Of This World Not From This World.

Genre: Hip-hop/classical
jordanhamiltonmusic.com
For fans of: The Roots, The Internet

Luck Plunge
Sweet, sad and soothing songs are what Luck Plunge does best. What started as a lo-fi bedroom folk project by Wilbur Murphy is expanding into a full indie rock ensemble. The debut EP is cradled in cascading acoustic guitar riffs and wrapped in reverb — it feels like hearing your deepest secrets being sung in the shower. The dreamy five-song collection, recorded on an iPhone 4S in Murphy’s home, car and garage, is sure to simultaneously comfort and haunt you.

Formerly Bodies
Ambient guitar swells and hazy vocal harmonies characterize Formerly Bodies, a solo project by Hannah Weir. With a voice like a sunset, Weir’s words drip like golden honey over her atmospheric compositions. Each track carries a sense of helplessness that borders on desperation but pulls back into pensivity. Formerly Bodies’ graceful, intense and thoughtful music will fit perfectly on your winter playlists. 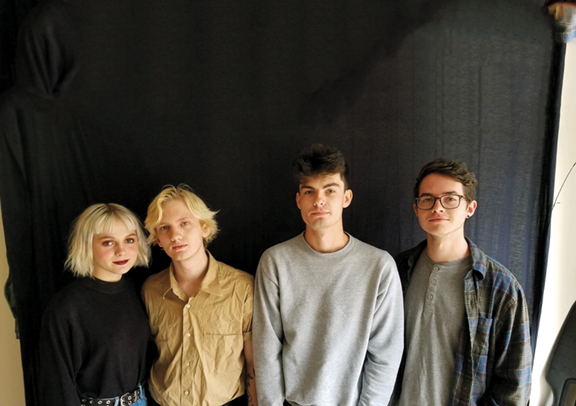 Political Lizard
Recently expanded to a four-piece, this introspectively intense duo has quickly evolved in a short span of time. Fronted by the haunting harmonic combination of singer-songwriters Jenna Olsen and Caleb Woldvogel, the group’s soul-piercing simplicity has grown by leaps and bounds with the addition of guitarist/bassist/keyboardist John Bomer and drummer Miles Ferguson. If the band’s strong string of impassioned singles is any indication, get ready for the debut LP to give you all the feels when it comes out early this year.

Genre: Indie-folk
politicallizard.bandcamp.com
For fans of: The Head & the Heart, The Oh Hellos

Tweet
Published in Artist Spotlight
More in this category: « The Sound of Silence: Rising GR jam band Desmond Jones honors mimes with music
Login to post comments
back to top