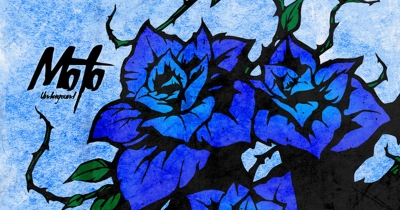 Two decades is a long time for any band.

For veteran local rock trio Moto, it feels like a lifetime.

The year was 1998. Nu-metal dominated the rock radio airwaves, MTV still played videos, and bands started out in actual garages, not on Garageband.

Two aspiring teenage rock stars — guitarist/vocalist Chris Cooney and bassist John Curtis — had played together in a couple of bands while attending high school in their original hometown of Alpena.

When the drummer of their previous band quit, the pair joined forces with drummer Scott Hickok and the rest is history.

“All we knew at the time was that we wanted to get out of Alpena and move to a bigger city with a larger music scene,” Hickok said about starting Moto, fresh out of high school. “Luckily, we all agreed upon Grand Rapids. We had a deal with a startup indie label at the time, which made us believe that a career in music was possible. But overall, I don’t think we had any foresight beyond what the next couple shows looked like.”

The band almost immediately started writing songs for their debut album, Departure. Recorded in Hollywood and released in 2000, the album began what would become a 20-year career for the band that has included five more full-length releases, as well as their upcoming EP, titled Underground (due out Feb. 21).

Influenced by mainstay rock legends like Queen, Thin Lizzy, Weezer, Foo Fighters and others, Moto has become known for its big riffs and high-volume live shows.

“We’d like to think that we’re a hard act to follow, but we’ve been humbled by a lot of our GR rock and metal colleagues,” Hickok said. “It’s great to be part of a scene with so many talented musicians.”

“We tend to play with heavier bands, but I’ve always felt like we’re a little different because our focus is more on the song than the heaviness,” Cooney added. “We have evolved into a better band, but we’ve had a lot of practice.”

Underground is Moto’s sixth record and has six songs. It’s also their first-ever EP, and their second record done with their longtime friend, local musician/producer Benjamin Hunter at his Wolfden Studio in Grand Rapids.

It’s also the fastest start-to-finish record the band has ever done, coming less than two years after their last album, 2018’s Ghosts of Moto.

“This is the first record that I’ve consciously made an effort to focus on the song part more than the guitar part,” Cooney said. “Underground has plenty of heavy riffs, and distorted bass, and big drums and guitars solos, and screaming vocals, but it also has some of the prettiest, most heartbreaking stuff I think we’ve done. That’s what I’m most excited about.”

The record marks the first time Moto has incorporated anything other than guitar, bass or drums into their sound, with local musician Leanne King joining the band on viola, and Hunter joining in on Rhodes keyboard, for the song "Together."

“I believe this record is as representative of our sound as any in our catalogue, but gives the best glimpse into our future,” Hickok said.

“Luckily, we’ve always been best buds. Brothers,” Cooney said about the band’s longevity. “I don’t think Moto would still be around and making music if that weren’t true.

“A lot of bands just get together for band practice and shows. … All three of us are part of each other’s lives. We’ve grown up together as a band and as friends.”

Tweet
Published in Local Music
More in this category: « Five Bands to Watch in 2020 Turning Tragedy to Tracks »
Login to post comments
back to top