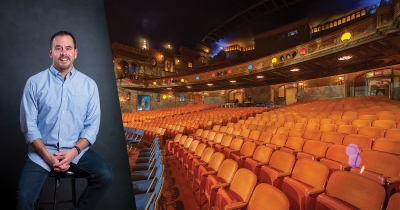 Life has changed dramatically for everyone due to the pandemic.

But life for live music venue owners, operators and promoters came to a screeching halt, followed by a deafening silence that has lasted over 10 months now.

The first businesses to close in order to contain the spread of the coronavirus back in March 2020, and likely the last to reopen, live music venues have had to suffer the hardest burden of any industry.

In order to advocate for much-needed assistance and relief on their own behalf, many venues across the country rallied together to form the National Independent Venue Association (NIVA).

The massive organization worked with the U.S. Congress for months to finally pass the $15 billion Save Our Stages program as part of the last federal COVID relief bill.

Seeing the impact they could have by working together, members of the Michigan chapter of the NIVA decided in mid-November to form the Michigan Independent Venue and Promoter Association (MIVPA), a 501c (6) trade association, focused on organizing, collecting funds, and hiring a lobbying firm to work on helping support the live music industry in Michigan.

“Our first initiative was advocacy,” said Scott Hammontree, talent buyer/partner at The Intersection here in Grand Rapids, and now president of the MIVPA.

Hammontree explained that the MIVPA wrote the framework and modeled their relief program after what they saw work in other states through their involvement with the NIVA.

The group pushed for $10 million in aid, and through its efforts saw the Michigan State Legislature pass $3.5 million in grants of up to $40,000 for live music and entertainment venues.

Although short of what they had hoped for, that much-needed infusion of money will be crucial to venues and promoters on the verge of closing.

“The relief program is 100-percent based on the efforts of MIVPA,” Hammontree said. “(State) Senator Curtis Hertel and Senator Jim Stamas from Michigan were also instrumental in supporting us. Senator Hertel has been a champion for our cause, and we cannot thank him enough.”

“I believe the MIVPA has shone a light on just how important live entertainment and arts are to each and every community in Michigan,” said Harry Phillips, director of marketing and development at the Kalamazoo State Theatre. “I think a lot of eyes were opened for the politicians about how much revenue venues like ours drive in the local economy.”

One of the oldest music venues in West Michigan, the Kalamazoo State Theatre was built back in 1927, less than a decade after the influenza outbreak of 1918-1919. Throughout its 90-plus year history, the theater has persevered in good times and bad.

“The one great thing about being in the entertainment industry and being such a big part of the community is that we are usually able to provide escape, fun and comradery during difficult times,” Phillips said. “Unfortunately, we weren’t able to do that the way we normally would, so we found alternatives like livestreams.”

Phillips added that he’s also found a completely new sense of community with the MIVPA.

“I do feel the creation of the MIVPA and the bond we formed will change the landscape of our industry,” he said. “I’m not sure we know exactly how yet, but we all recognize that when we open things will not be the same moving forward and we will all have to learn new and better ways of operating. I believe the MIVPA will play an integral role in figuring that out and supporting the Michigan entertainment industry.”

Hammontree said that one of many topics that the MIVPA has discussed for 2021 is how the group can assist local musicians, via relief funds, grants or helping them organize.

“I am as optimistic as I have been since we had to shut down,” Hammontree said. “The federal relief program will ultimately save countless venues and promoters from closing for good. Our State aid will act as a bridge until that relief comes in. Venues and promoters are experiencing a 90-percent revenue loss for the year. Both aid packages will allow us to pay our overhead, rehire some staff and prepare for when we are safely able to operate our businesses.”

Hammontree said he believes some outdoor concerts could return by as early as mid-to-late summer 2021, if the vaccine rollout does not lag, with some indoor club level touring to follow later in the year.

“I do not expect it to be at the 2019 levels, but it should be ramping up as the year progresses,” he said. “I think all of us are cautiously optimistic that we will see shows in 2021, but we certainly would not be shocked if there is something that pushes that back to 2022. It gave us some hope when the vaccines both got developed and approved, but now with the delay in administering shots, it makes me feel like full-scale touring may not return as quickly as we thought 30 days ago.”

Tweet
Published in Local Music
More in this category: « Five Bands to Watch in 2021 Virtual Music 2.0 »
Login to post comments
back to top