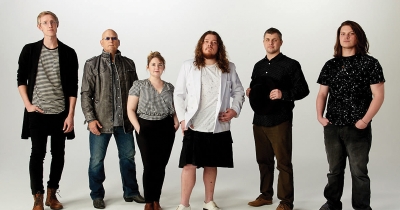 To say the last 12 months have been surreal for local musician Nathan Walton would be a massive understatement.

Just over a year ago, he found himself on ABC’s American Idol, where he received a Golden Ticket, and competed in Hollywood with talented vocalists from all over the country.

Upon returning home, he had hoped to utilize the national TV exposure to launch into a tour and steady gigging around the region, but then the pandemic hit.

“It was definitely a really high high, to a really low low,” Walton said of trying to process going from near-stardom to full-lockdown in only a matter of weeks. “I mean, you’ve got to look at it with a perspective that things are going to come back someday, and maybe this had to happen for some reason. But it was a shocker for sure.”

Having impressed the judges, particularly Lionel Richie, who remarked that Walton’s own song, “Come Back To Me,” was one of his top five favorite original performances of the season, Walton was humbly surprised, and motivated to keep going despite the new challenges set before him.

“I’ve still got the ticket hanging on the wall,” he said. “It was a great boost of confidence for me to meet all those musicians, and the knowledge that we got to network and share.”

Connecting with some of his fellow former contestants via social media while in isolation, Walton got to work livestreaming, both solo and with members of his latest band, The Remedy.

Previously, Walton had performed with local bands Stone Soup and the Broken Teeth, Devin and the Dead Frets, and his own project The Revolving Door. The latter group naturally featured a rotating cast of local musicians who helped him create his soulful self-titled debut EP, and his country-tinged follow-up Childlike.

“I would just say that I had a weird childhood,” Walton said of how he got into music. “My family was pretty divided. Growing up a lot of the time, I was just looking for that built-in family, and I found it with music and the friendship and camaraderie of playing together.”

Growing up in Byron Center, Walton said he performed with the choir while in school, and would sneak into the band room any chance he could. Soon after he started playing at other people’s houses, and found that rare connection that seems to only come from music.

“Anyone who has ever played music and had that aha moment when it clicks, and you feel the skies open up and you just know I’ve got to do this the rest of my life — that’s what happened to me,” he said. “I’m sure it didn’t sound great to the world around me, but to me it just clicked, and everything was awesome and I knew then that I would keep playing, and this band was going to be my family.”

Like with any family, people still came and went, but now, 10 years into his music career and more committed than ever — despite the pandemic making life as a musician even more difficult — Walton set about making a new album with a new lineup, for these new times.

“It definitely did make it a stronger, better bond,” Walton said about how the pandemic brought his band, The Remedy, even closer together. “We’re hanging out as much as we can, and we’re social distancing and everything, and we ended up having to move where we practice, because we don’t want to practice at anyone’s house. So we ended up practicing out in this barn with all these heaters and everyone super separated. It’s kind of strange, it’s almost post-apocalyptic, but we’re still keeping stuff going.”

The band recorded its debut album at Third Coast Recording Co. in Grand Haven with Bill Chrysler last year. The 13-track album will be released online March 5, and is preceded by two singles, the funky, protest-inspired “Bare My Soul,” and “Sick,” featuring co-vocalist Shelby Leigh Andenno. The album will also include a full studio version of Walton’s American Idol audition song, “Come Back To Me,” co-written by Remedy keyboardist Colin McCorkle.

“We’re really hoping to brighten someone’s day, and they can take it as a remedy for your life,” Walton said of the new band and album. “Sometimes things are bad, but music for me has always been a great tool to pick you up, and put you in a good mood.

“When I listen back to the record, it’s meditative for me, because I know how much stuff we’ve gone through, and it’s a great healer for us. I think the whole band feels that way. I hope that when people listen to it, they can connect with it that way too.”

Tweet
Published in Local Music
More in this category: « Virtual Music 2.0 In Bloom, In Isolation »
Login to post comments
back to top