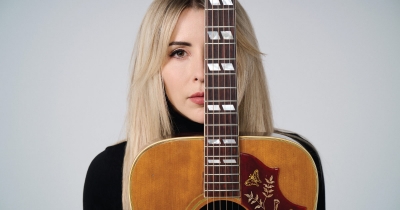 That sentiment encapsulates how she feels about the unorthodox music career she’s had, off and on, for going on two decades now, which has seen its share of serious ups and downs.

In the early 2000s, shortly after Stoner had graduated from Northview High School, where she wrote the class song, she had the chance to record in Chicago with the late Jay Bennett of Wilco fame. Bennett became an early mentor to both Stoner and her frequent longtime musical collaborator David VanderVelde (who has gone on to work with Father John Misty), and his sudden passing following an accidental overdose in 2009 was devastating.

“There was a series of tragedies that happened in my life at that time,” Stoner said. “My brother got very ill, the record label went under, and in the midst of all of it, I think I was at that very tender early 20s age where I felt like I was on a train, that I didn’t remember boarding, like things were going and I was getting attention, but I didn’t fully feel like I knew myself yet.”

She then ventured out to what she calls the “Neverland” of Los Angeles, where she played Wendy to the Lost Boys musicians surrounding her for a little over a year, before deciding to check out a publishing deal in Nashville. On her way she stopped off in Grand Rapids and met her now ex-husband, quickly deciding to move back to West Michigan, and settle into the domestic life of marriage and raising kids here.

“I never stopped making music,” she said. “At the core of my being I had this incredible joy and contentment in my kids’ ears being the only ears that would hear me sing for a while. That I was singing just for them and just for me, and that was enough.”

As her kids got older, Stoner started doing some vocal work for TV and film placement and licensing with a friend from Detroit, Daniel Johnson. Citing the zeitgeist of the moment, she had her music featured in a Victoria Secret campaign, Netflix’s “Orange Is The New Black,” and even had her song, “Don’t Fence Me In,” in a Nokia commercial that aired during the Grammys in 2011.

“I wasn’t the 21-year-old version of me that was just caught up in this whole idea that in order to be an artist in music, you have to make it, whatever that means,” Stoner said.

With those music placements as a mirror back to her, Stoner saw herself and her path in music differently. Around that time, she released her EP “Delicate Hour,” before stepping away from music again for what she describes as a spiritual journey.

“I got very into mysticism and studying the mystics from different religious traditions,” Stoner said. “And through that came into my own embodied sense of who I was, and my own sense of meaning and purpose and clarity. I found myself just in the throes of my own free becoming.” 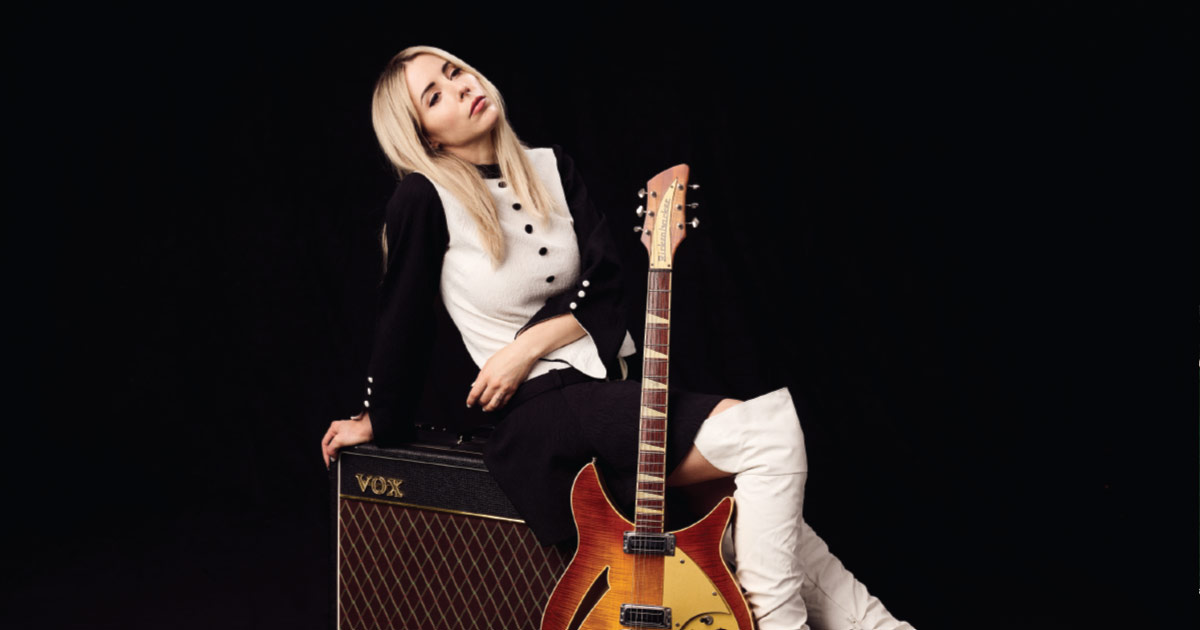 About five years ago she went through a major transition. She got divorced, and in 2016 earned a Master’s Degree in Theological Studies from Chicago Theological Seminary. She went on to serve as the program designer at the Center for Action and Contemplation in Albuquerque, New Mexico, before more recently working as the Chief Spiritual Officer at UNITE.

"I found myself in quarantine, in the middle of the pandemic, working for a very successful organization in Washington, D.C., using all of the left part of my brain, the very academic, mystical part of me, but none of the artistic side,” she said.

So she quit her job, started working on her upcoming new album with VanderVelde – and later Josh Kaufman at Local Legend Recording – and began her own podcast, “Unknowing,” where she has conversations with artists, teachers, activists, and others about exploring the edges of our own unknowing, and using that as the foundation for “living into our infinite potential.”

“I remember the first time I experienced meditation,” Stoner said. “The way I describe it is, I made a journey from the monkey mind of my brain and the judgments of my thoughts down into this space that was even below my heart. Like, I feel it was at the solar plexus in my body where I just kind of landed in this place of non-contingent selfhood, of at ease, at rest, of radical openness. And what I realized is that I’ve been going to that place ever since I picked up a guitar. Like, in a way, when you are writing music, you are unknowing your own expectations, your own thoughts.”

The process has become something of a full-circle moment for Stoner, as her new album, titled Me Veo, touches back to her unusual childhood as an American citizen growing up in Madrid, Spain, where she lived until she was nearly 12 years old, and where she first picked up a guitar.

“It means I see myself in Spanish,” Stoner said of the title. “And it’s one of my favorite songs (on the album), just in terms of what it triumphantly declares about my own journey, and also about the freedom that I’m touching into at this moment as a woman, as an artist, as a lover, as a human being.”

Stoner plans to release the first part of Me Veo this fall, with the second half to arrive in early 2023, followed by a vinyl release which will bring both parts together.

“Just letting this out into the world is my arrival point,” Stoner said of her new beginning with this new record. “Anything beyond that is a gift, and I’m grateful for, but letting people into these songs that I have been living in for two years, it feels like that’s the offering on the altar of my life. It feels good.”

Find her music at https://www.briestoner.com/.