A Night in Review: Kanye West at Van Andel

With a lighting and floating-stage setup worthy of a Spielberg-made sci-fi flick, the larger-than-life, technically ground-breaking concert mimicked a dreamlike U.F.O. landing – one that would’ve made Ziggy Stardust himself envious.

Armed with a laundry list of potent hits like “Power,” “Jesus Walks” and “Touch the Sky,” the sometimes controversial emcee started and ended his show on a stage suspended from the ceiling by wires, slowly hovering across the venue. Beams of moody light pointed downward at the amped general admission crowd as he soared just a few feet above.

The unearthly experience was topped off with the enigmatic West keeping the house lights low – really low. For most of the show he was a lyrical silhouette, periodically stepping into a hazy ray of light. Also, he was the only person on the relatively small stage, which at times tilted downward, bringing him even closer to the mob of fans.

That’s right. No hype men or guest appearances were made – a rarity for energetic hip-hop shows. However, this was obviously no archetypal concert, no matter the genre. This was a one-man show and West was steering the ship solo. It was somehow, simultaneously, both a minimal and completely over-the-top production.

Even with the lack of a band or DJ, he didn’t have a problem riling the crowd. As the stage hovered from left to right throughout the night, the general admission crowd raved below, chanting along to singles like “Heartless” while following underfoot as West’s stage drifted back and forth.

Van Andel says this show’s production setup was “one of the biggest” in the venue’s history. The stage weighed 200,000 pounds. It required 182 motors and an extra day to load in. It was also unique in that virtually no equipment was on the floor – that space was left for the fans.

For this tour, West is providing the sonic experience, while letting his artistic vision handle the visuals. Not a shocker given his experimental and arty resume. Surprisingly though, his pop-culture loving fans – at the not-quite filled Van Andel Arena – didn’t seem to mind not getting a clear look at the rap icon. The stage, and alien-like light board looming above it, was worth the price of admission alone. 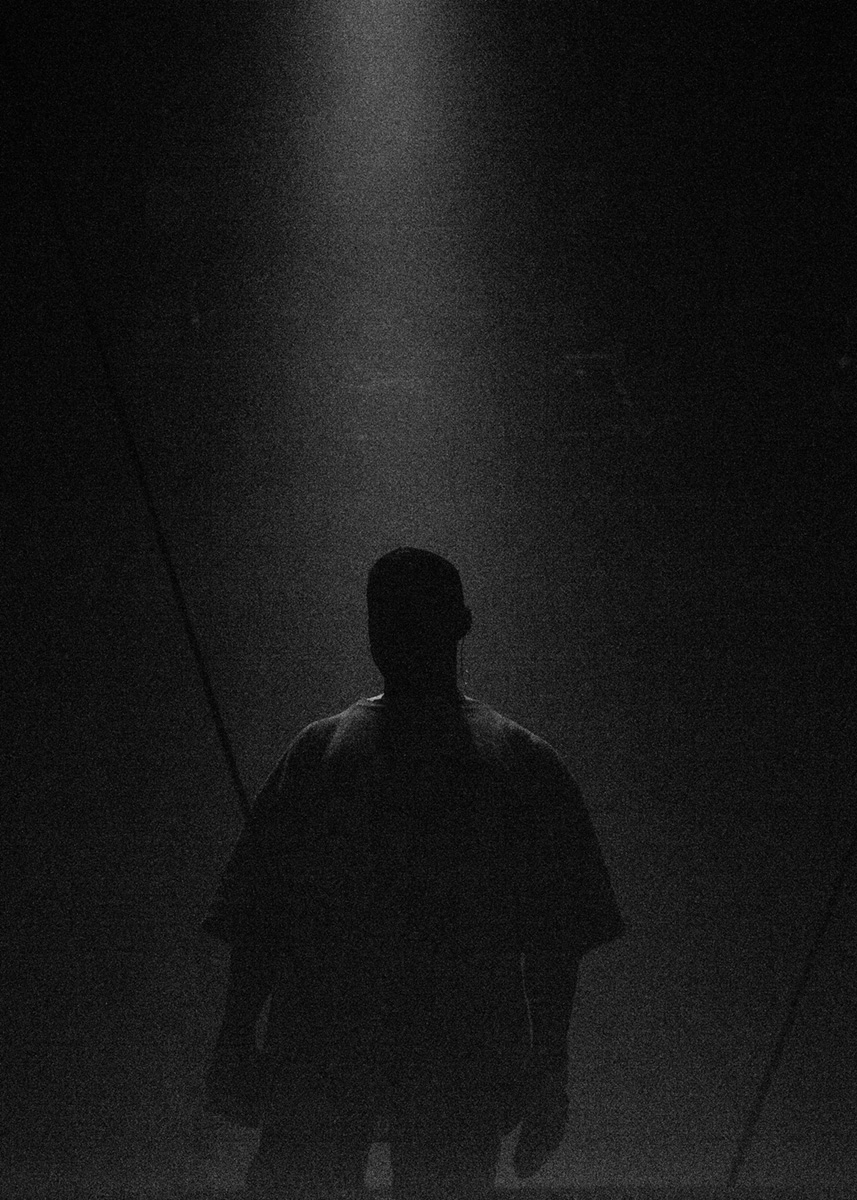 Tweet
Published in On Tour
More in this category: « Make America Rock Again: A Night in Review Bear vs. Shark: Round 2 »
Login to post comments
back to top