Back to the Beginning: Multi-platinum country star Lee Ann Womack brings ‘a little bit of East Texas’ to GR 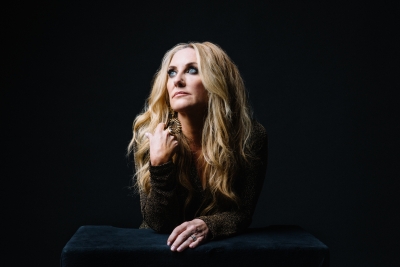 When Revue got ahold of Lee Ann Womack, the longtime country music favorite was celebrating her late summer birthday while on a road trip with her daughter, rising country music artist Aubrie Sellers.

The pair dotted their way down the backroads of Tennessee and Virginia, visiting thrift shops and small spots not typically on the itinerary for a platinum-selling star whose lifelong career in music has taken her across the country more times than she can count.

“You would think travelling as much as I do for work I wouldn’t want to, but this is a totally different kind of travelling,” Womack said of her mother-daughter birthday adventure. “(When I’m touring) I get on the bus and go to sleep; I don’t see anything. But this is great.”

The guest spot comes less than two years after Womack’s own album, The Lonely, The Lonesome & The Gone, reconnected her with her East Texas heritage and the region’s deep-rooted music history.

Recorded at the iconic SugarHill Recording Studios in Houston, the album reinvigorated Womack, who tapped into everything from soul to gospel to blues for an emotionally rich sound that not only encapsulates East Texas, but now also feels distinctly her own.

“After spending 20-something years in the music industry, you can get kind of jaded,” she said. “You know you’ve done everything, sometimes multiple times, and being in Houston, waking up every day in East Texas, I had a different kind of spirit when I went to work every day.”

Right from the age of three or four, Womack always knew she would become a country singer. Growing up in Jacksonville, her father worked at a radio station and she was around music all the time, especially traditional country and church music.

“It’s funny because when I was growing up, there weren’t as many definitive lines drawn between genres,” Womack said. “You had a radio station that played what it wanted to play, and they might play Southern rock and then follow that up with a Merle Haggard song. So I didn’t think about things in that way. It was an interesting time and an interesting way to grow up listening to music, and an interesting perspective to have when I left and went to Nashville, and then went into the business part of country music.”

Before becoming the award-winning, chart-topping star she is today, Womack studied music business at Belmont University in Nashville. From there, she worked on the label side of the industry while pursuing her country music dreams. She then married her now ex-husband, songwriter and musician Jason Sellers, and briefly left music behind to raise their daughter Aubrie.

It wasn’t until later, when she returned to the music industry in the mid-’90s, that she started on the path that has led to her stardom, including selling more than 6 million albums, collaborating with legends like Willie Nelson and John Prine, winning dozens of awards, and achieving massive crossover success with her signature 2000 hit I Hope You Dance.

“Whether it’s a birth or a death or a graduation or a marriage or a divorce, they attach that song to those times in their lives and I get to be sort of a part of their life in that way.”

Leaving her pop-leaning days behind, Womack took a brief hiatus in 2008, after more than a decade of hits and massive arena concerts. She returned in 2014 with the more Americana-influenced album The Way I’m Livin’, co-produced by her husband Frank Liddell. That record earned widespread critical acclaim — even outside of country music circles — and set the stage for Womack to return home to East Texas and start a new chapter in her career with The Lonesome, The Lonely & The Gone.

“Everything about this record represents a new time and a new phase in my career, and a new time in my life,” Womack said. “I spent almost 20 years making music and making records for a major corporation, and then I started settling down on making actual music instead of thinking about products and things like that. So all of it just represents a new time in my life and a time that I’m more comfortable and I’m enjoying it a lot more.”

Tweet
Published in On Tour
More in this category: « Punk with Purpose: Hard-touring Toronto band PUP confronts mental health head-on with new album Morbid Stuff Dancing in the Stars: Moon Hooch brings its sax party to The Stache »
Login to post comments
back to top