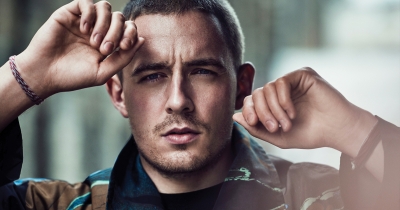 From the snooze button to spilled coffee, nothing good comes from Monday mornings — unless you’re Dermot Kennedy.

The Irish singer-songwriter wrote “Outnumbered,” his first major hit, in a sleepy studio session after an early flight from Dublin to London.

“I got a flight at like 5:30 in the morning and went straight to the studio from Heathrow. So often, my Monday in the studio on those trips can be a total write-off because whatever I do, my brain just isn’t working,” Kennedy said.

“On this day, it was a really lovely thing. I was so tired that I had my walls down a little bit, and I just was a bit more open in the studio. That song sort of showed itself.”

“Outnumbered” was released last year on Kennedy’s debut album, Without Fear, and it went on to garner millions of Spotify streams and linger on top charts for weeks. It pushed Kennedy from street-busker to star.

“Around the time the album was coming out, I had this big billboard up in Times Square. I was thinking, ‘This is definitely crazy. This is a big, big moment,’” Kennedy said.

Kennedy’s music fuses pronounced hip-hop production with the tenderness of a singer-songwriter. Known for his haunting voice, Kennedy began singing 20 years ago while his sister practiced piano. Later inspired by his cousin, he got his first guitar and began busking as a teen.

Today, well, you know how the story ends — or in Kennedy’s case, is just beginning.

“It’s hard to process that and realize a few years ago I was playing in the street and I couldn’t dream of this,” Kennedy said.

Without Fear cycles through lyrics of love, loss and hope. The LP’s stormy sound didn’t come out of nowhere, though: It has a story to match.

“Someone very dear to me passed away, and in the midst of that, I also fell in love. There was this beautiful and slight collision of the two most intense feelings I had ever had addressed. It gave birth to so many songs, and I kind of couldn’t stop writing about it,” Kennedy said.

“I think the loss set me up in a very good way to know how to love somebody.”

While this disorder of emotions eventually found rest in his writing, Kennedy puts the most pressure on himself when it comes to lyrics. “Since day one, I’ve just known when I care enough about lyrics to live in the song. I think I’m very, very picky, (because) I’m going to have to tour whatever I’m writing for a long time, and I have to feel it every night.”

Kennedy doesn’t collaborate lyrically, so he goes by his gut while choosing what stays and goes.

“When a lyric gets you like that, and you know you care about it, and you could sing it for the rest of your life, I think it just has to exist.”

This authenticity is tied with Kennedy’s appreciative lens on life and are core motivators of his career.

“In the least cheesy way possible, I feel like that’s just the way I am,” he said. “I spent so long not being successful. I used to send about 50 emails a day to record labels and agents and promoters and all that, and no one would ever reply. So now that I am doing it for real, I just appreciate it so much, and I think I’m very determined to not let it get away from me.”

Part of staying authentic and appreciative also means avoiding shortcuts, even if they could shoot Kennedy even faster to stardom.

“You’ve got to stick to your guns these days. There are so many potential shortcuts in the industry, and I think I have probably written about 20 songs that could’ve been hits and could have made it so that everybody has heard my song on the radio in America. But, I just haven’t gone there because I feel it’s just a short road.”

Cutting corners is as dangerous as the snooze button on Monday mornings. Kennedy sometimes even misses the eager frustration that came with trying to make it big while busking, as point for him isn’t a short walk to a life of fame — it’s the walk itself.

“I’d love for one day to be able to go back and just play in the streets,” Kennedy said. “I was so frustrated and impatient. I wanted to do big things, like, yesterday. Now that I’ve got it, I kind of wish I could go back and just feel what it was like to be trying.

“I guess you never know when the world is going to pay attention.”

Tweet
Published in On Tour
More in this category: « Of Montreal: Music for Misfits
Login to post comments
back to top