Briston Maroney: In It For the Friends 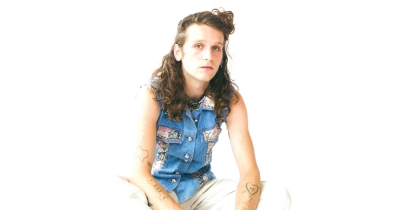 Briston Maroney spent his early days as a musician playing house shows in his friends’ basements as a part of the DIY community. Now he has headlined sold-out concerts across the U.S., as well as released three EPs, a full-length album, and a hit single with nearly 140 million streams on Spotify to date.

“I definitely have come a long way from eating pizza off of the floor,” Maroney said.

Despite his mounting success, Maroney still filters his worldview through his homegrown roots.

“I loved the DIY scene early on because I didn’t always feel like I fit into it. I wasn’t as hardcore or as cool as these other people we were playing with, and I always felt a little like I didn’t belong there, and I think that helped me figure out who I really was,” Maroney said.

“I definitely keep in mind with every decision that I make that, at one point, this was who I was and where I was. I think about those voices of friends at house shows.”

“That period of time, when I first started writing, is still very vivid in my mind,” said Maroney.

“Hopefully I’ve maybe added a little more depth than some of those lyrics from that time when I was a child, but at the end of the day I still feel like the same person who is just trying to express myself through songwriting.”

That isn’t to say Maroney is formulaic when it comes to songwriting, or that he relies on old habits to churn out hits. His first attempts at the craft remain as a reminder to escape from the expectations of others.

“Once you start putting out a lot of music, it’s really easy to start taking in other people’s opinions of you and start seeing what other people recognize that you do, and kind of lean on that,’’ said Maroney.

These opinions can get in the way of the vulnerable, honest space Maroney needs to write authentically.

“There’s this combination of excitement and fear and general anxiety that comes when you write a song that you’re proud of, because it feels like you’ve opened a treasure chest that is glowing on the inside, like a cartoony image. There aren’t really words for it, but you know the moment that you’ve said what you’ve been trying to say,” said Maroney.

“I think just searching for those moments and holding yourself to a standard as a songwriter, knowing that you are capable of reaching that point, and not diluting the pursuit of that for outward approval.”

These individualistic ambitions come from, to no surprise, his first house shows.

“There are people a lot braver than me who are very confident in who they are, and meeting those people in DIY spaces when I was younger really helped me find that within myself,” said Maroney.

When it comes to touring, being on the road as a musician isn’t all that different from how Maroney grew up. He moved often from city to state, which has made him more comfortable with the transience that comes with his career.

“At the core, I think I still feel like I’m unpacking a lot of the stuff that I learned with traveling so much when I was younger. I don’t even know if I’ve started to process a lot of the touring that we’ve done in the past three or four years,” Maroney said.

“You have to be observant when you’re in a new place, because it can all kind of blend together. You have to look for the little things that make stuff special.”

With travel comes the opportunity to meet new people, and Maroney doesn’t shy away from collaborating within his ever-growing community. Whether co-writing a song with other musicians or hosting friends on his podcast The Bottle Rocket Company, Maroney routinely invites his peers into his world as an artist.

“Luckily, I get to be surrounded by really creative, really cool people that are cool because they’re cool, not because of any other reason. I think a lot of these collaborators are just people that I’ve been lucky enough to cross paths with that are just really interesting people who also happen to make music,” Maroney said.

“We’re all our own little rock stars in our heads when we’re young. I think getting older and just seeing that the bigger picture is that we’re all just kind of going through life, and we don’t really want to do that alone.”

Maroney’s goal for his fans is to help them feel less alone, too. From his start playing house shows in suburban basements to selling out venues across the country, Maroney hopes that his music can provide a community for everyone, everywhere.

“I think just like I want people to know specifically that if you’re new to our music, or new to this whole universe of music that I’ve made or the touring world or like any of my peers’ art, that it’s a safe space for any and all people,” Maroney said. “I really want to stress to folks that there’s nothing you could do or be that we wouldn’t accept and love.

“Friends are why we do all of this.”

Tweet
Published in On Tour
More in this category: « Sharon Van Etten: Emerging From the Darkness
Login to post comments
back to top