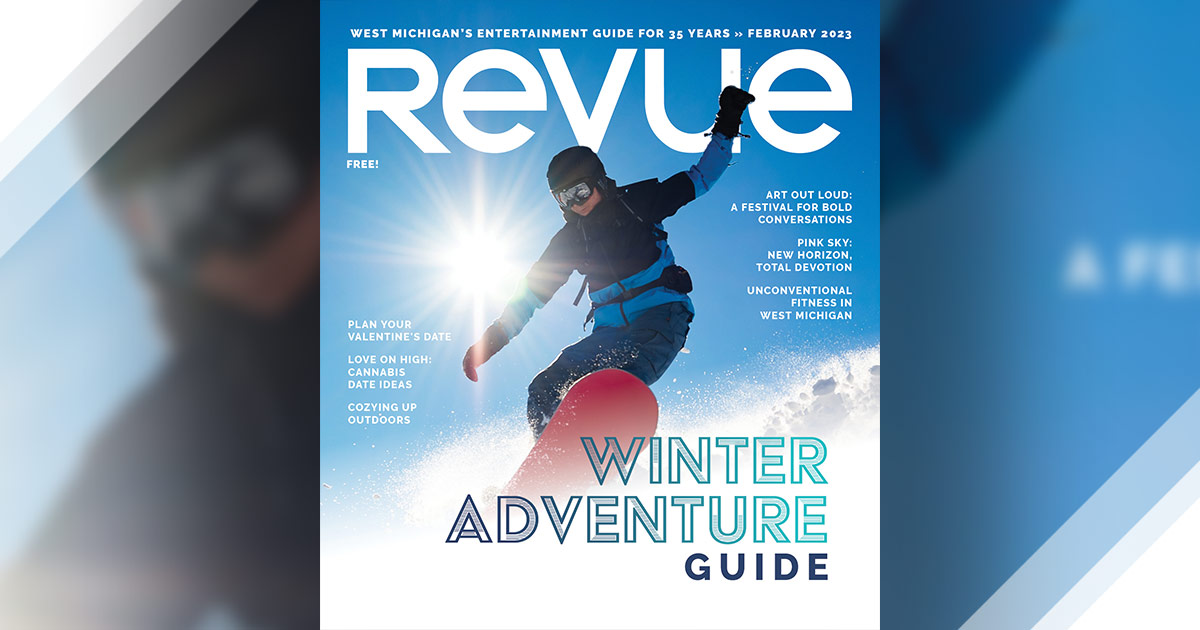 I’ve lived in West Michigan my whole life. You’d think at some point, I would’ve grown used to winter.

Not so. Every year, the clouds arrive and the freezing temperatures set in, and I have to remind myself not to hibernate until May.

The key to surviving winter isn’t staying inside on your couch—it’s getting outside and realizing that honestly, it’s not so bad out there, especially if you’re staying active. Apparently, there are millions of people every year who actually look forward to winter, because they have hobbies they can only enjoy in the snowy season. Maybe it’s time you (and I) became one of these people, who pray for snow instead of fearing it.

Well, that’s what this issue is all about. We dive into all the different ways you can get out and have fun this season with our Winter Adventure Guide. It’s not just about surviving, it’s about actively experiencing the world and making memories.

Of course, we all need to relax sometimes, so we also look at places around West Michigan to cozy up—outdoors!

Still not sold on going outside? That’s fine, because we also have a spotlight on Fitness this month, helping guide you to not only gyms and trainers in the area, but unconventional ways to exercise, from kickboxing to dance lessons to pole.

Shifting gears, love is in the air and Valentine’s Day is upon us. Whether you’re in a romantic relationship or just want to spend some quality time with friends, we have a ton of great date ideas for all around West Michigan—along with ideas specifically for 4/20-friendly couples.

Plus, we catch up with GR institution The Bitter End, take a look at new eatery Chartreuse Sisters, and talk to local band Pink Sky about their newest music and show.

Just remember, even if things are looking gray outside, there’s still plenty of adventure to be had.

What's inside this month:

Also Inside: Ten Bands to Watch in 2023, Unique Wedding Vendors, Sounds of the New Year

*For earlier issues, contact Courtney for the linked archive.